The wonderful Amber wrote a hilarious post the other day - a day in her life in Instagram. I loved the idea, so on Monday I did the same thing. I loved reading about Amber's day, and I was interested to see how I'd view my day if it was chronicled in the same way. So, be ready for lots of pictures! I took these with the Vignette app on my android phone, I don't have an iphone. 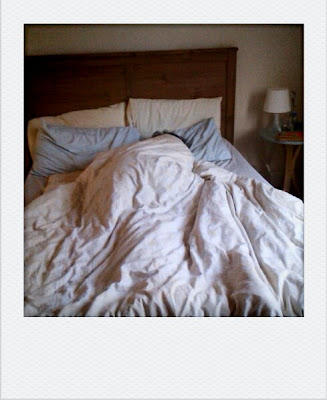 Nic asleep, 7:15 am
My day usually starts with me getting up before Nic does. I'm not complaining, because it's not like I have to get up at an unreasonable time. Nic usually dozes while I get dressed, and some mornings he brings me a cup of tea. But this morning he was fast asleep even when I left the house, which was pretty cute. 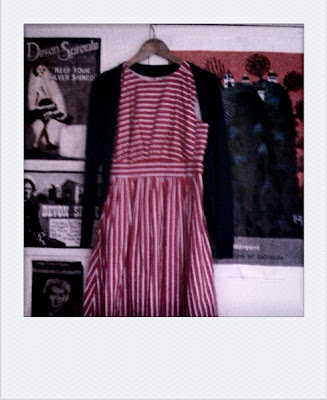 This photo is really blurred, but it was dark! Sorry...
I'm not going to show you the shower I had, but when I was in the shower I decided what I was going to wear today, and hung it up on my wardrobe door while I was drying my hair. I don't leave myself enough time to faff around much in the mornings, so this discouraged me from changing my mind. That said, it did take me a while to decide on what shoes to wear, so the process isn't exactly seamless. Nic was still asleep while I was clomping around trying on shoes and gathering my stuff up. 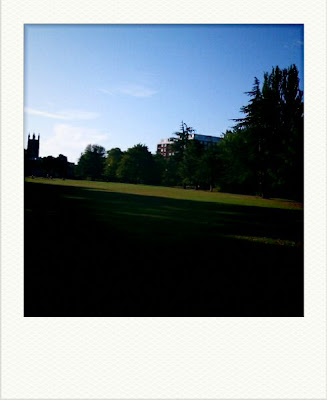 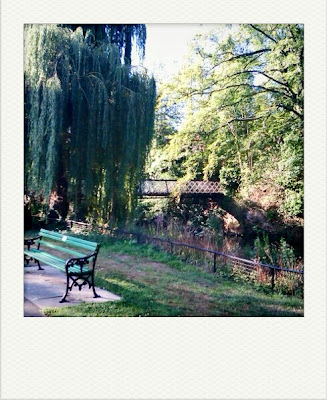 My walk to the station. It's actually really nice - across the Pump Room Gardens and over the river. It looks especially pretty on a sunny morning. I don't always pay that much attention - usually I'm walking very fast to catch my train - but I had a bit more time this morning so I was able to appreciate it. Usually by the time I get to the bridge I run into a man who walks his bassett hound there every morning but he wasn't there today! So I'll leave that one to your imaginations, because the bassett hound is extremely cute. 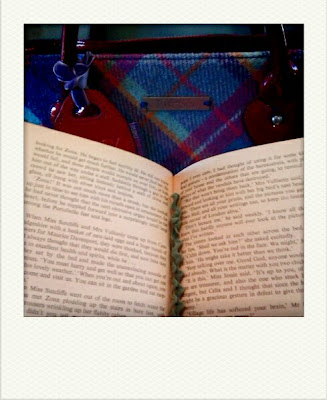 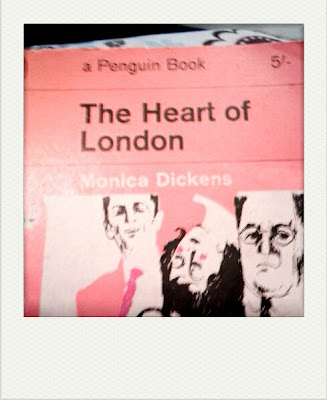 It's a short train journey to Coventry so I don't always bother bringing a book, but more recently I have been. I've realised that even that 10 minutes each way is a good time for me to read! So this morning I finished my book - The Heart of London by Monica Dickens. I started it a while back, then put it down halfway through and read two other books (Out of the Shelter by David Lodge and The Hand That First Held Mine by Maggie O'Farrell, both of which were so excellent I raced through them in little more than a day) I've read a few other novels by Monica Dickens over the years and this one really took me by surprise because it is so gritty. Like, really grim in places. It has the same sort of grimy post-war feel as something like 10 Rillington Place (and, indeed, The Heart of London has a few murders in it, one of which seems to be a nod to what happened at 10 Rillington Place) I enjoyed it, but I was glad to come to the end of it. I think my next read is going to be One Good Turn by Kate Atkinson. 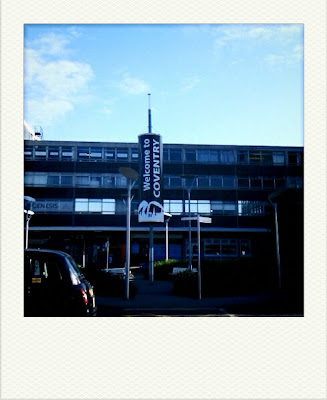 Once I get to Coventry my walk is decidedly less picturesque, although it's not too bad. This morning it was a bit weird, though. Firstly I was followed part of the way - which, I know, that sounds a bit dramatic but I really was. The woman who was following me made it very clear that's what she was doing. This has never happened to me before, though, so don't worry. The other strange thing was all of the items of discarded clothing I spotted on my way - two jumpers and two (different) shoes at various points on my route to the office. Coventry can be a bit like that. 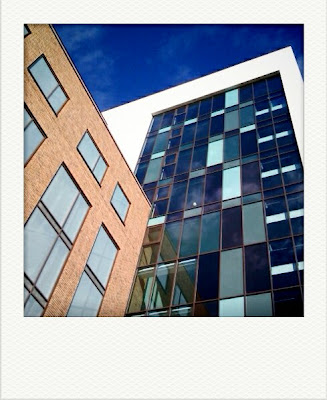 My office. It's a new building and despite its many flaws (the main one being the completely unpredictable heating system) it's actually quite nice to work here. Well at any rate it's close to the railway station, my walk this morning took me just over 10 minutes. I take the lift to the 8th floor and get my stuff out of my locker. 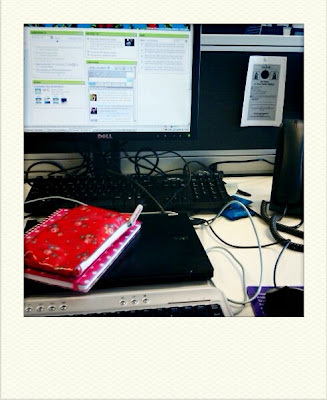 ...and set my desk up. We have hot desking (although I sit at the same desk most days) and laptops, so there's always a little bit of faffing around in the morning hooking it up to the gubbins to get going. I have my own special little keyboard because I'm special! No, not really, it's a shortened keyboard because of RSI in my right arm and shoulder. Wow, my work day is shaping up to be super glamorous and interesting for you all, isn't it?! No. Just be thankful that I've decided against taking pictures of the eye-rollingly boring meeting I have to attend on Monday morning or the finance paperwork I did following that. 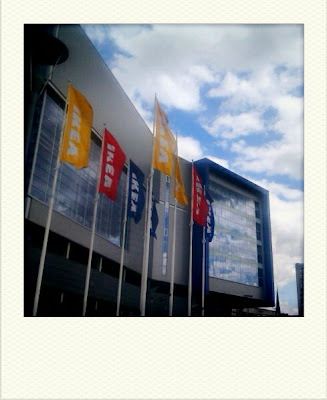 I don't always go out at lunchtime, which is a bit of a mistake really, because then we end up just talking about work. However, when I was at the pub on Friday night Lysy was wearing a frock that she'd made out of some Ikea bedlinen and hot damn if I didn't want some! Luckily, Ikea is a short walk from my office. The bed linen in question was so nice that I bought a set for dressmaking (£1.99, thanks very much) and another set for my actual bed. I don't care if my dress matches my bed, and I don't care what that says about me. I managed to resist the temptation of buying things I hadn't gone to Ikea for (always a risk, especially in the kitchenware bit) but this was mainly because it was very busy, and I wanted to get out of there as soon as possible. Well, after I'd had my lunch (a veggie hot dog and some elderflower cordial)

I am still gutted that Ikea have stopped selling mini Dime (or Daim, or whatever) bars. This nonsense that they have to replace it just won't do. 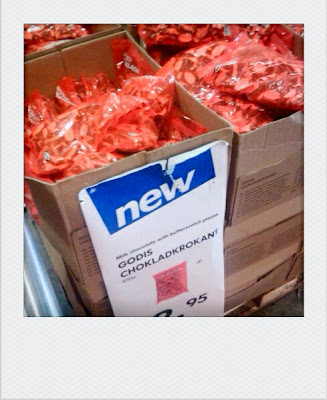 Chocolate with butterscotch pieces? Godis Chokladrokan? Shove it, Ikea. Shove it sideways. But also, thanks for the lovely £1.99 bed linen. 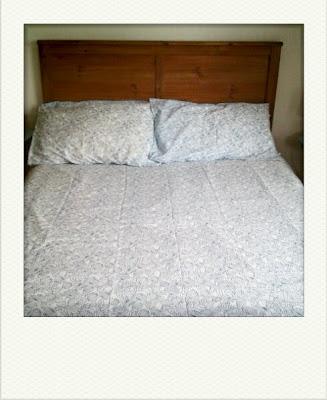 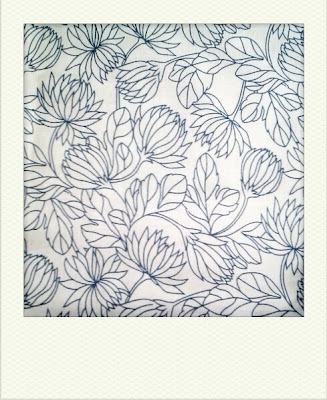 The rest of the afternoon is pretty quiet - just working - but when I get home from work one of the first things I do is to put my new bed linen on the bed. I needed to change the sheets anyway, and I like this a lot. 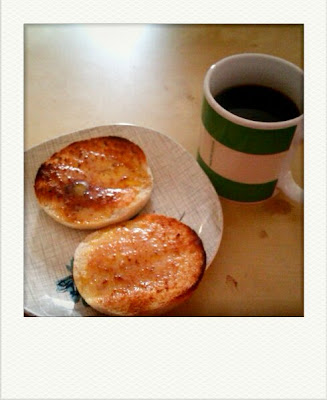 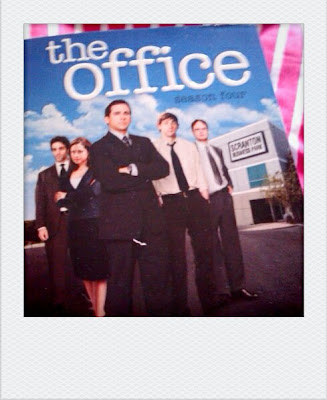 While I am doing the bed, Nic is busy sorting me out with a little afternoon snack - fresh coffee and toasted English muffins, which I eat while we watch an episode of The Office - this has become one of my favourite things to watch and it's very nice to come home from work to. I never get tired of how cute Kevin is! 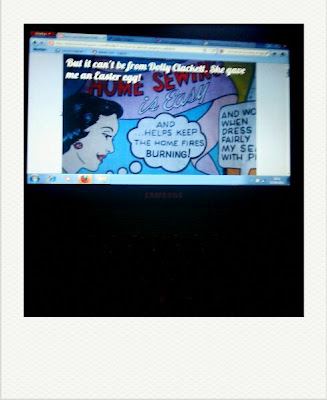 Blogging! This photo didn't come out very well, but I wrote my blog on my teeny little laptop while Nic went back to work. 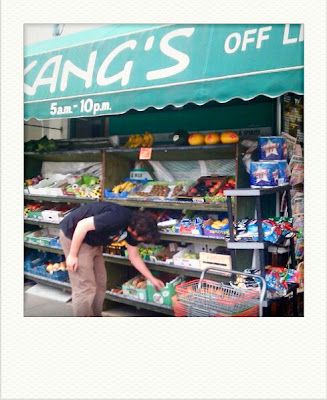 Nic had been indoors all day so it was time to go for a walk. First up was our local corner shop, Kang's. Actually, I feel a bit tight on Kang's by featuring them like this because we didn't buy anything from them. This was the first time in three years that they didn't have what we were looking for! Still, Kang's is an excellent shop and they're high on my list of things I love about Leamington. 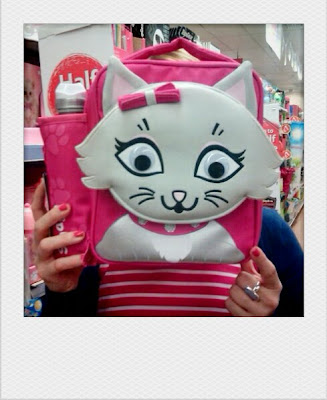 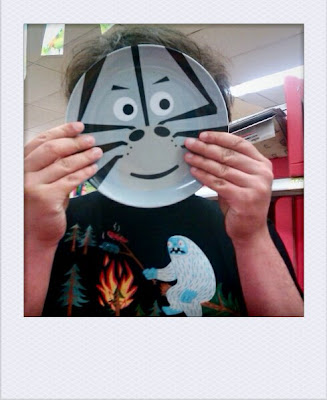 We had to get what we needed in Tesco instead, but faffing around with the stuff in the seasonal aisle eased the pain a little bit. Also we ran into Lysy, which was an unexpected treat. There really isn't much else to say about Tesco. 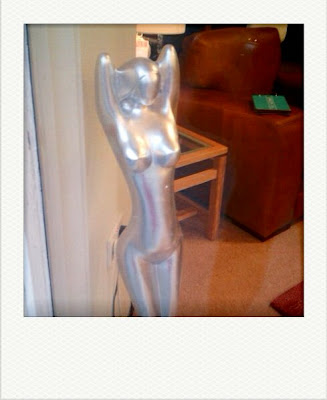 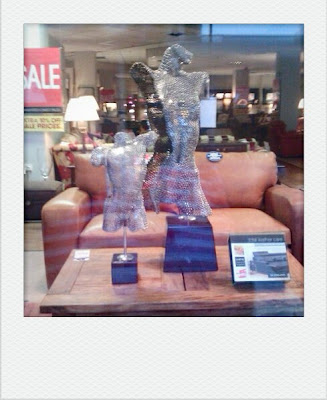 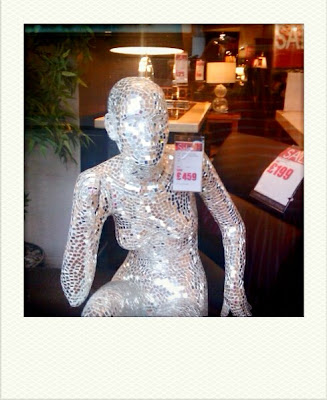 Right - these weird metal torsos are for sale in a furniture shop on our walk home from Tesco. Some of the furniture might be quite nice - I have no idea because I'm always distracted by the variety of very expensive naked metal ladies. Maybe it's just because we watched Terror of the Autons recently, but I find them really sinister. Also, I can't believe how expensive they are. Would you spend £450 on a life-size (sort of) metal lady? 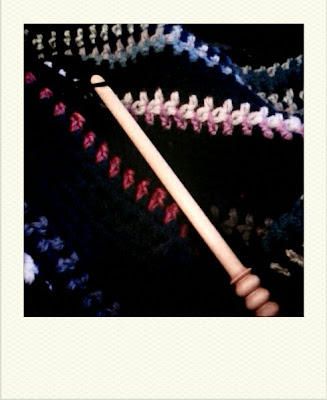 While the dinner is cooking, Nic and I watch a film that he wants to write about. It's a 40s police procedural and it's notable for me because the main character is called Daniel Muldoon, which is my brother's name. While we're watching I do a little bit of crochet work, as I'm making a present for someone. 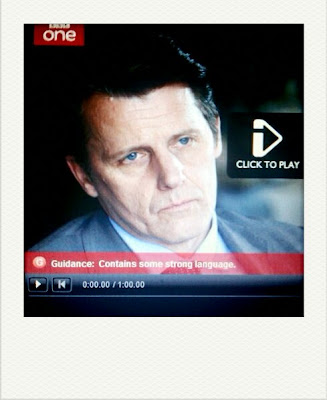 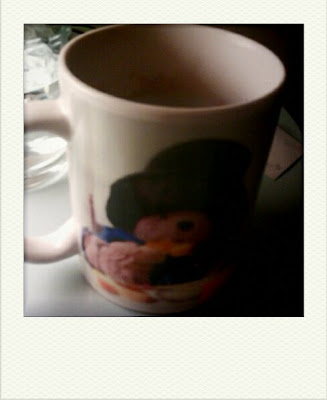 When we're finished eating dinner, a car alarm starts sounding outside so we decide to go to bed. Luckily Monday night is New Tricks night on the BBC so we watch that on the iplayer while I have a cup of tea. It was a really good episode - I think New Tricks gets better and better and this one was really tense. Also, it had lots of excellent guest stars - Barry from Eastenders, Rebecca Front and Tim McInnerny. He seems to exclusively play villains now, and it's all very enjoyable. One of the things I really like about New Tricks is the way it's not afraid to experiment a bit stylistically and last night was no exception. Also I love the location filming - the climax of the episode was played out at St Pancras statopn and it was beautifully shot. 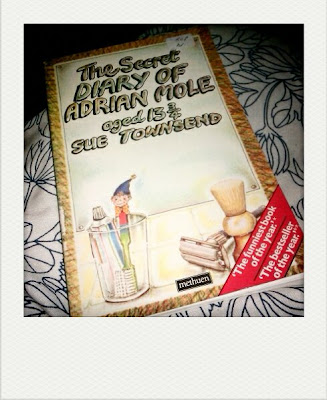 And finally it's time to go to sleep - Nic and I have been taking it in turns to read The Secret Diary of Adrian Mole to one another, and it rounds off the evening nicely. Good night all!
Posted by Roisin Muldoon