Darling, you don't need mystery. You have something more alluring.... Me.

I saw this post this morning over at Retro Chick and it's been popping up around some of the other blogs I read. Like Ms Chick, I used to love doing these memes in emails and on my long-defunct MySpace blog so I thought what the hey, I'll go old-school and fill one out now. It'll be back to regularly scheduled blogging at some point in the near future I'm sure! Like Retro Chick, I do like getting these little snippets of information about people. You could call it nosy, I call it HUMAN INTEREST, yeah? So feel free to join in and link in the comments or whatever. I will go and read because I'm nosy like that.

B- Bed size - Just your standard double bed. It's a nice comfy bed though, and I wish I was there now.


C - Chore you hate - Loads! I would be such a slatternly housekeeper if I didn't hate mess. The two chores I hate the most are washing up and taking out the rubbish. Luckily Nic is very understanding and he does these, and in return I take care of the laundry and the hoovering.

D - Dogs - I love dogs, but I don't think I will ever have one. Too much responsibility and also I don't think I could justify constantly buying meat (I'm a vegetarian). That said, I do enjoy the company of my parents' dogs and other doggies too, and in an alternative universe I would have a daschund, and I would know how to spell daschund without having to look it up. 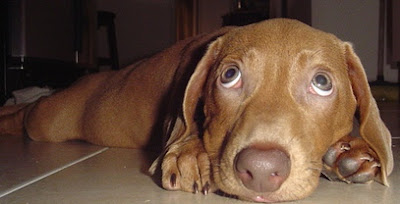 E - Essential start to your day - a shower. I don't feel quite human until I've had a shower and done something with my hair, mainly because my bed-head would make Beaker jealous.


F - Favourite colour - this one is too hard! Probably red, though.

I - Instruments you play - None. I am totally unmusical. I can't even sing. I would quite like to buy a xylophone, though. I never took it seriously as an instrument until I started listening to jazz, and realised that it's an excellent instrument. Actually, I suppose it's a vibraphone that is more commonly used in jazz but I could learn to play both. In that alternative reality where I have a daschund, I would also play the double bass. I think double bass players are sexy.

J - Job title - I don't have a job title at the moment, or a job description. I am a civil servant, though.

K - Kids - No. I don't think this is for me. I might feel differently at some point in the future, but right now I don't want to have children.

L - Live - Lovely Leamington Spa. I'm planning a post elaborating on why Leamington is a good place to live. There will be a long paragraph about the Somerville Arms in there.

P - Pet Peeves - too many to list! Seriously, we could be all day if I tried to list them all. Probably the catch-all is rudeness. I'm always tweeting about people behaving badly on my commute, and rudeness is the problem. I also really hate when people who are paid to write either don't know how to write accurately, or don't have enough respect for their readers to proof-read their work. That's rude too. Also, grammar is NOT THAT HARD.

Q: Quote from a movie - Hhmm. I'm not sure about from a movie, but regular readers of my blog will know that my post titles are usually quotes from something or other, usually television. But I will give you one of my favourite quotes from a film, this time from After The Thin Man: 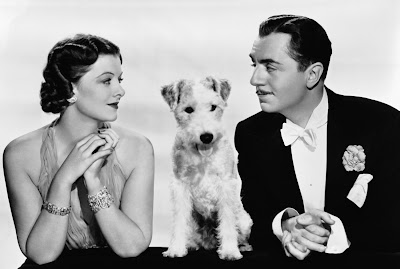 S - Siblings - scads of them. A brother and two sisters.

T - Time you wake up - Usually around a quarter to seven, then I get up around ten past.

V - Vegetable you hate - Hate is a strong word but I do NOT like peppers. Yuck.

W - What makes you run late? - I always try to be punctual and I usually am so if I'm late it's because of the suckiness of cross-country trains.

Z - Zoo animal - Giraffes. Always the giraffes. They're fundamentally ridiculous, and I like that about them.
Posted by Roisin Muldoon