So, you were in space when you had your heart attack?

Afternoon all, my dears. Remember me? I'm that woman who used to update this blog a wee bit more frequently? Heh. Let's just say that I've had a busy week or two, mostly because of work. Last week really, really sucked. This week was better, but just as busy and just as intense. I prefer that - I got to use my brain this week, which is how it was an improvement on the one that went before. Still, I don't want to spend too much time moaning about work, because this week has been better. I think I've just reached that point in the job now where I have to decide what I'm going to do next, and it's hard to make decisions without having time to make them.

ANYWAY. Yes. That's what's happening on the work front. Personally speaking the rest of the time has been quiet. Nic was away for some of last weekend at a conference, so after a particularly crappy Friday at work, I had a quiet evening to myself in which to sew, crochet, watch DVDs and drink cava. Well, I didn't actually get around to that last bit, but it was nice. And I spent the first part of Saturday doing the same thing. It's rare enough that I have a free Saturday, and the sun was shining, and it was lovely. Nic got back earlier than I was expecting, which was just as well because that night I became quite unwell and needed some fussing, which he was happy to provide. Thankfully I was feeling better on Sunday, so it sort of felt like I'd gained a day. It was cool, but not cold... and I think I was trying to deny November to myself:

Emily and Fin Lucy dress, cardigan from H&M and Next wedges

I think you can tell from my shiny wee face here that I'm still not feeling great! Sunday wasn't the last day I was able to go bare-legged, it's still been pretty mild here. But yeah, I have to face facts. It's definitely winter here now. I've got my (admittedly very pretty) winter coat out of the wardrobe and everything.

Anyway, the rest of the week has passed in a bit of a blur, and I'm looking forward to a weekend of fun - dancing, drinking, going to a vintage fair, hopefully finally finishing my Colette Peony dress and nursing the inevitable post drinking and dancing hangover. I have to be up at some utterly uncivilised hour on Monday to go to a meeting in Slough, so I'm going to try to make the most of the weekend.

I'm short on inspiration at the moment - as I say, it's been a long week - so I'm going to leave you with a few photos, and I'll be back soon. 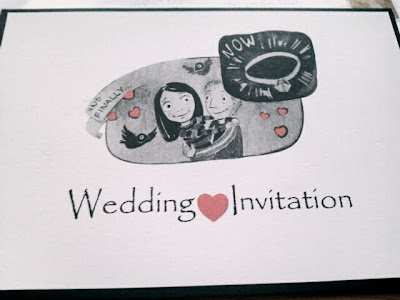 This came in the post for me this morning - my best friend is getting married at Christmas. Now I have all the excitement of thinking about what to wear, or what to make to wear! 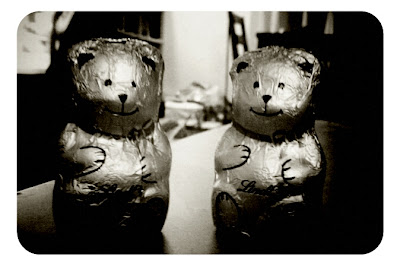 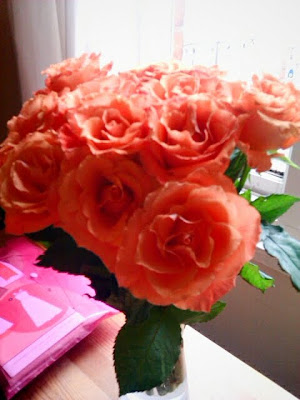 ... as were these beautiful Orange roses. Good old Nic knows me well 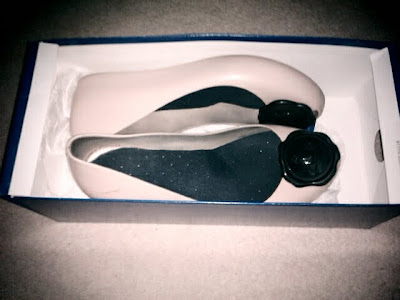 New (to me) shoes. Call me shallow, but they cheered me up. Especially as I had to throw two pairs out this week.
Posted by Roisin Muldoon