Hello my dear ones! When I last wrote, I was dashing off to the second part of my fun weekend. As part of my birthday present, my darling Nic had bought me tickets to see one of my favourite bands - The Divine Comedy - playing at the RSC. Stratford isn't far from Leamington but to make an event of it (and to save us from having to dash for the last bus home) we decided to stay over and booked a hotel in Stratford for Sunday night. It made the end of the weekend feel like a holiday.

I was feeling grand when I woke up on Sunday morning but I think I must have had one of those slow-releasing hangovers, because by the time we got to Stratford I was feeling a bit rough. So, the very first mission was to head to McKechnies for a coffee and a vegetarian sausage sandwich. All of those champagne cocktails were taking their revenge on the bumpy bus journey through the Warwickshire countryside, but after some caffeine I was grand. After that we checked into our hotel and went for a wee dander round Stratford town centre. It was a good day for it too - bright and sunny, but a wee bit cold so we didn't have to fight through the usual hordes of tourists. Nic and I both know Stratford well (in fact our first date was in Stratford!) so it wasn't so much exploring as it was a lazy wander, but it was a very enjoyable way to spend a Sunday afternoon. I had a poke around in the antiques market on Ely Street, and we went to the library too: 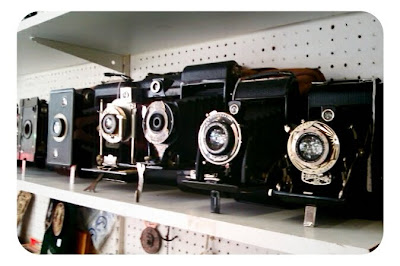 Some lovely cameras for sale

We had a walk along the river as dusk was dropping, which was lovely (even though I got bitten by some kind of marauding insect!) and, while Stratford wouldn't be my favourite town I have to admit that it is beautiful at twilight. 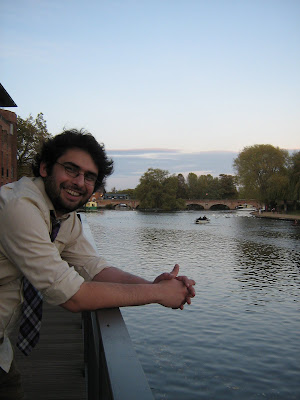 Nic on the river 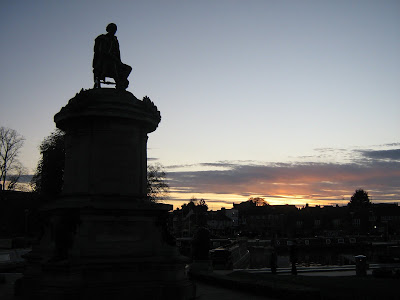 The Shakespeare memorial and Bancroft Gardens. Nic took this photo.

Lots of restaurants do pre-theatre menus, but after looking at lots of them we decided that all we wanted for our pre-gig dinner was chips and pickled onions from Barnaby's. I know, I am dead, DEAD classy.

I would, genuinely, seriously love to have this poster in my house. FOR REALS.

Then it was time to head to the theatre for the gig itself. We had collected our tickets earlier in the day, which left me lots of time to explore the theatre and generally work myself up into a frenzy of excitement about the gig. The theatre is beautiful. I have to say, I didn't like the look of the refurbishments from the outside (but I think that's more to do with the fact that Bancroft Gardens are now quite ugly) but the theatre is spectacular inside. I also, fool that I am, totally loved the gift shop. With the exception of some tacky Romeo and Juliet t-shirts (Team Capulet or Team Montague. Seriously. I would judge someone SO HARD if I saw them wearing either of those in the street)I loved all of the merchandise. I was good, and didn't buy anything but I was very tempted by a mug with this quote from A Midsummer Night's Dream on it: 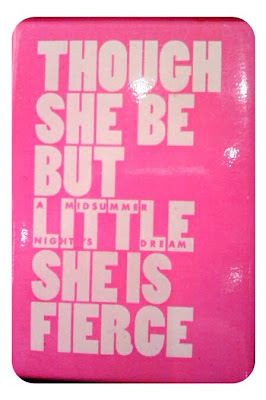 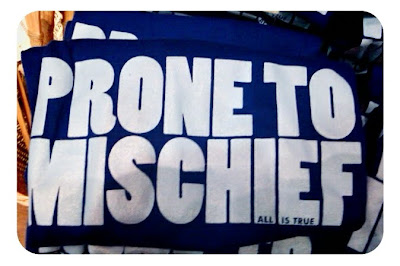 Of course, once I saw these masks I couldn't resist dicking around a bit:

I was beyond excited about the gig. The Divine Comedy have been one of my favourite bands since I was 13 or 14, and although I have seen them live before the last time was about ten years ago. In fact, my first ever gig was The Divine Comedy, in 1997. Of course, the beautiful venue was a bonus, as was the fact that this was Neil Hannon playing solo. We had fantastic seats, and I couldn't wait for it to get started. So that turned me into a little bit of a geek... 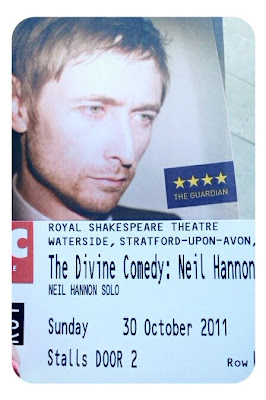 The tickets and flyer. I might still have a crush on Neil Hannon 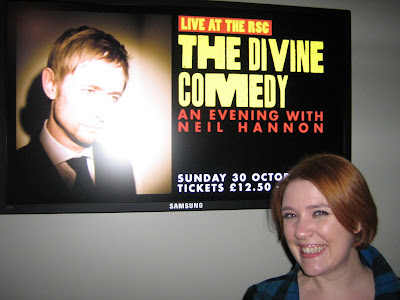 Yeah. The woman in the cloakroom thought I was a bit mad...

Nic and I had got ourselves nice and dressed up for the occasion: 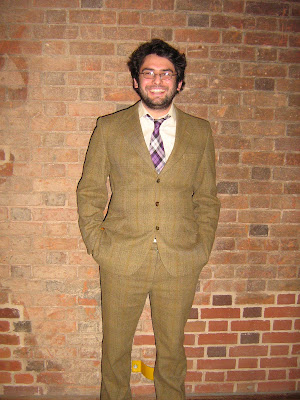 Nic in his tweeds

We were far from the most dressed up, though - there were people there in actual Shakespearean costume! Neil included - for his first set he came out dressed as Richard III, complete with hunchback! The layout of the theatre, and the fact that it was just Neil, made the gig feel so intimate and I feel so lucky to have been able to be there. Neil played a good mix of old stuff and new stuff, bantered loads with the audience, took requests and was generally highly entertaining. He opened with one of my favourite songs, Bath, and there was even a bit of audience participation later in the evening with singalongs to Songs of Love, National Express and My Lovely Horse! It was a really moving evening for me, especially when he took to his acoustic guitar for A Lady of a Certain Age, and particularly with the end of the second set, when he played the last four songs from Promenade - Neptune's Daughter, A Drinking Song, Ten Seconds to Midnight and Tonight We Fly. Neptune's Daughter moved me to tears, it's a song that's always had a special meaning for me and hearing it being played in front of me was incredible. Walking back to our hotel, and seeing the lights reflected on the river, I felt perfectly happy. It was a beautiful evening.

We had a lazy start to Monday before heading back to Leamington. Having Monday as a holiday felt really luxurious and I spent the day in total laziness, just reading and listening to music and thinking over my marvellous weekend! I have a super busy work week ahead of me, so a fun weekend was just what I needed. I'm going to leave you now - bed, my book and a hot water bottle are calling. I'll leave you with a little taste of Sunday night's gig...