Hey! It's Sunday afternoon, it's turned a bit chilly again and apparently it's been snowing a bit in Birmingham, so I knew it was a good thing not to have packed my tights away just yet. Still... sigh. Snow. Not that things are bad, though. A cake is baking in the oven, which is warming the house, and I'm borne aloft on a pleasant wave of nostalgia courtesy of the Dawson's Creek DVD boxed sets I bought last week in the charity shop. I loved hating this show when I was a teenager and my relationship with it now is still quite fond irritation. Poor Nic is a bit mystified by it, but it's all good. On the plus side, it does help him to understand just why I love Joshua Jackson in Fringe, and why every time I see John Finn in anything, I'm all, "PACEY'S DAD! IT'S PACEY'S DAD!"

Anyway, yes. I've been having a really lovely few days. Thursday was your average boring crappy work day, but it was enlivened by randomly running into a few friends and by the fact that it was my last working day before the weekend. What's better than a long weekend? I had dinner plans with two old friends on Thursday night, which turned into a long gossip over a halloumi-based meal with lots and lots of wine. Happiness!

I was super-lazy on Friday and my plans for my day off revolved around eating, to be honest. It was ace. I stayed in my pyjamas until late, sewing and watching The Scarlet Claw with Nic, before getting dressed and heading out for lunch. 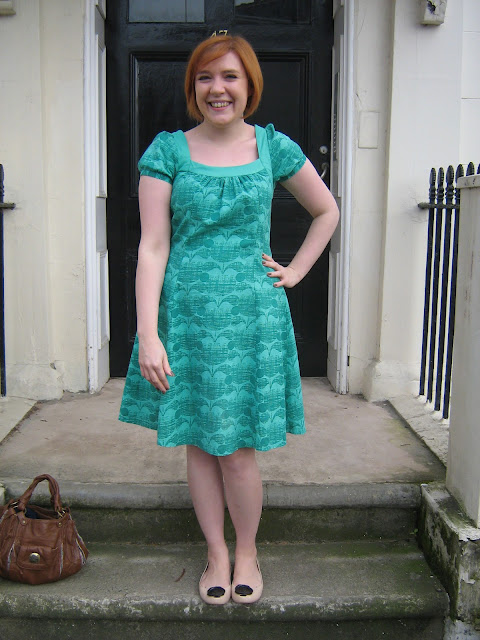 This dress is very cute, but clearly a bit too big... still, it was perfect for an afternoon that included a massive lunch and the cinema, so there's that. Lunch was pretty amazing - the special Business Lunch from Kayal: 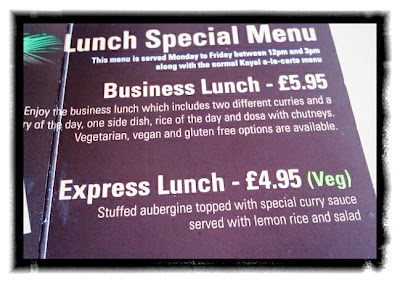 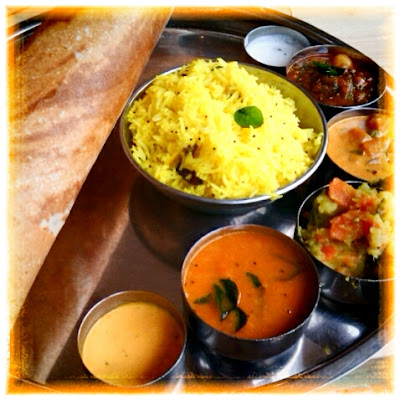 I wish the picture could do justice to how tasty this lunch was, and how happy it makes me to have a Business Lunch. Especially because it gives me an excuse to sing Business Time by Flight of the Conchords. I never said I wasn't easily pleased. After lunch, Nic and I headed to the cinema to watch The Muppets and then home to watch the last two episodes of Fringe. I was tired and a little bit hung over all day but it was a basically perfect day off.

Saturday was much the same - just throw some recycling and some hanging out with old friends into the mix. I wish I had something more exciting to share with you all! The sun shone briefly in the morning before it turned cold and rainy, but it was enough to make Leamington look beautiful and springy. 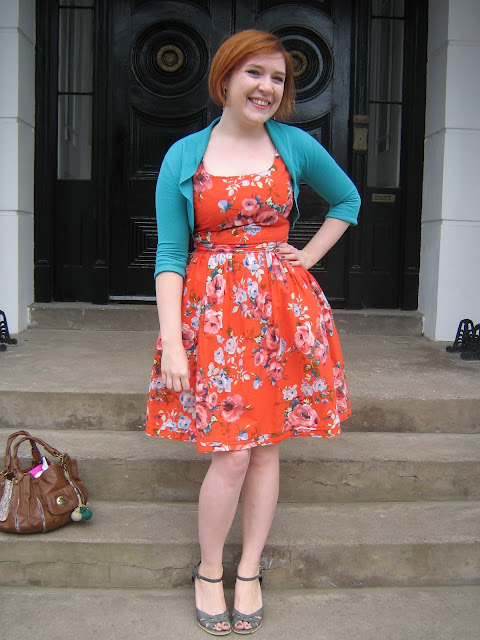 Floral dress from Oasis, sandals from Topshop and bolero from Phase Eight
Keen eyes will notice that this is not my usual set of posing steps. What can I say, I like to shake things up? These steps belong to a house in Clarendon Square, which is one of Leamington's more desirable addresses. Well, to some people. To be honest, I prefer my street because it's quieter even if the houses aren't quite so grand. Aleister Crowley was born in Clarendon Square, and Louis Napoleon once stayed in a house there. More recently, some of the exterior shots from the updated Upstairs, Downstairs were filmed there. These steps feature in the show - which is why the pillars says 165, but the door says 42. This is 165 Eaton Place on the TV: 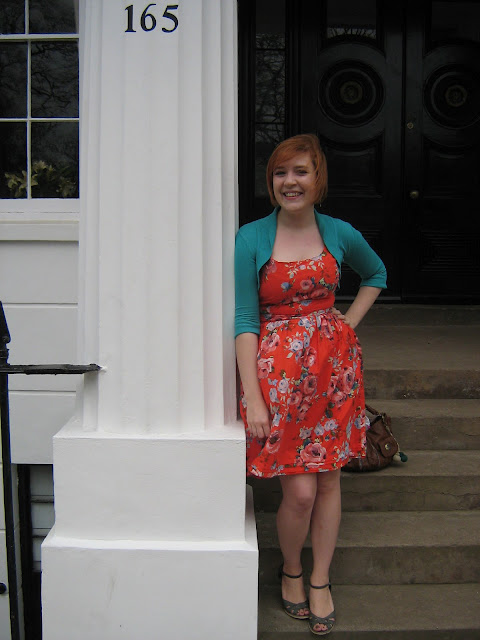 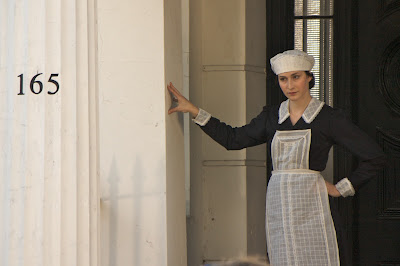 Some rando character, I don't actually watch this show, so I don't know who this is. Whatever.
With the rest of the weekend, I've been just as lazy. Nic has been working a fair bit - he has a very busy few weeks up ahead - and I have been sewing away at my yellow sundress. It's very nearly finished, but I'm taking my time because I am really enjoying sewing it. I've done a fair bit of hand sewing on it - I have finished all of the seams by hand, although I probably won't hem it by hand. It's very meditative and relaxing, and while I am looking forward to finishing it and being able to wear it, it's been a long time since I have enjoyed sewing something this much. I want to have it finished to take on holiday with me, so look out for a post about it hopefully this week!

I think this is going to be a fairly dire work week, particularly as there are a few meetings that I have to attend which I know will make me want to gouge my own eyes out. Still, I will be on countdown to my holiday and have lots of nice things planned for next weekend so I'm hopeful that I won't end up feeling too blue. I'll catch you a bit later in the week with what I wore today, but for now I have to go and eat some cake so, bye!
Posted by Roisin Muldoon