Yes! Can you imagine it? Out of the hundreds of people using the internet, only I was willing to help him!

Afternoon everyone! What a weekend it’s been! Obviously Monday always rolls around far too quickly, but it feels like it was even more cruelly quick to roll around after a lovely sunshiney weekend.

Friday evening saw us off to The Somerville for birthday drinks with Lauren and some other lovely friends, which was most enjoyable. Although Lysy couldn’t join us she had sent The Scientist along with a cake-shaped gift for the birthday folks, and it was typically delicious: 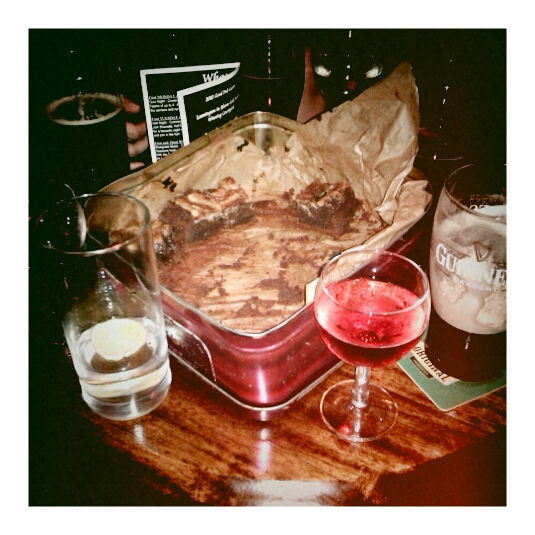 Cake and booze - a winning combination

Saturday was Nic’s birthday and we celebrated the day mainly by eating cheese and watching films. Low key, but wonderful. I get more excited about Nic’s birthday than I do about my own and I had gone a bit overboard on the present front by putting together a birthday stocking full of toys, sweets and comics and essentially buying Leamington out of cheese. It was excellent. We emerged briefly to run some errands in town but mainly spent the day in a state of total indolence. 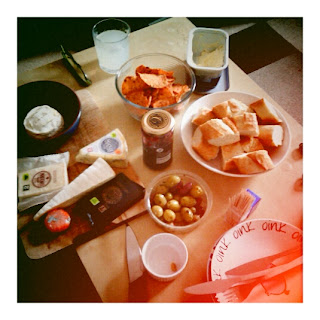 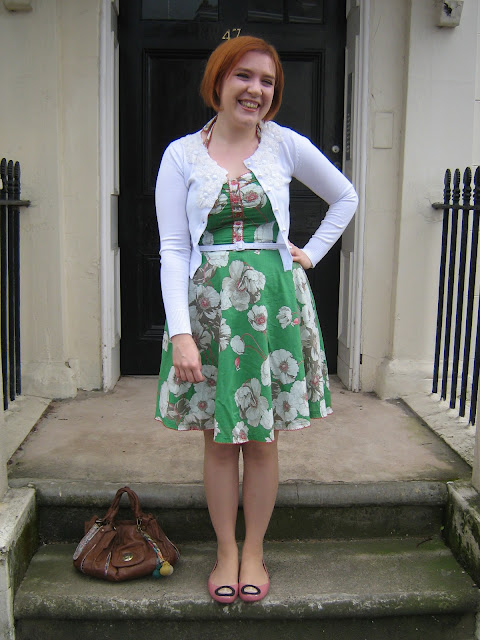 
This wee dress by Eucalyptus was quite comfortable for a day of laziness but I confess – I quickly detached the halter straps. I think I might sew them down because I just can’t get along with halternecks. It might be that I am too busty, but after only half an hour the knot was pulling uncomfortably on the back of my neck, which would have given me a headache. I’m not entirely convinced that halter styles suit me, at any rate. I like the faded print on this dress and the pink accents. The lovely white cardigan was a belated birthday gift from Denise and it neatly fills a gap in my wardrobe. Thanks, D!

Yesterday was absolutely brilliant. Nic and I were up early to beautify ourselves for a morning of modelling. Yes, that's right. I'M A MODEL NOW. Our dear friends Louise and Peter are embarking on an exciting venture into online retailing with vintage clothing store BeBopaLouLou, and had asked us to take part in some promotional shots for their website. We had an absolute blast – I can’t believe how quickly the morning flew by. Peter and Louise chose their pieces very carefully and it really shows – everything was in immaculate condition as well as being really stylish and interesting. I’m very excited about the launch of the store! They’ve kindly agreed to let me share a few shots from the day itself, but look out for more over at BeBopaLouLou and on their Twitter feed as well. All of the photos were taken by Peter: 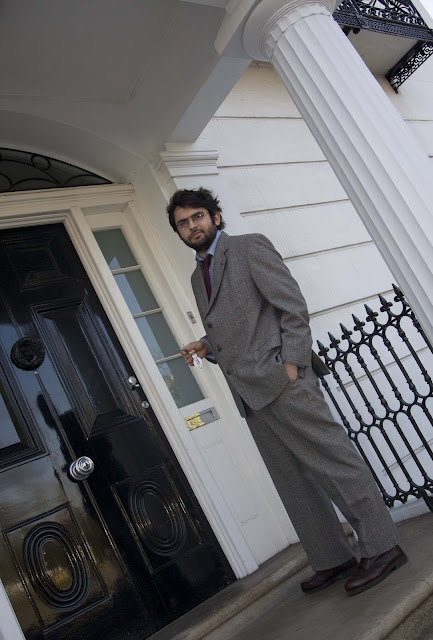 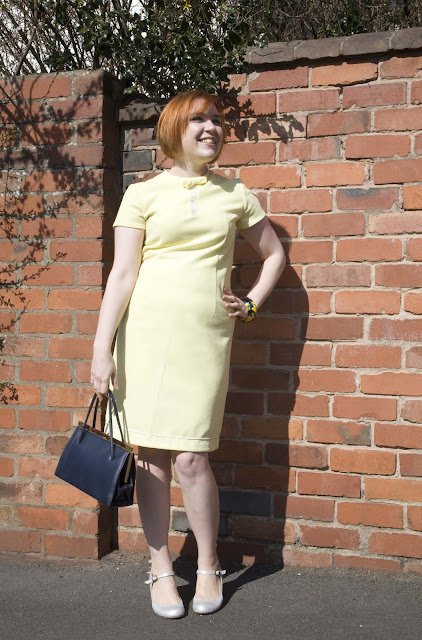 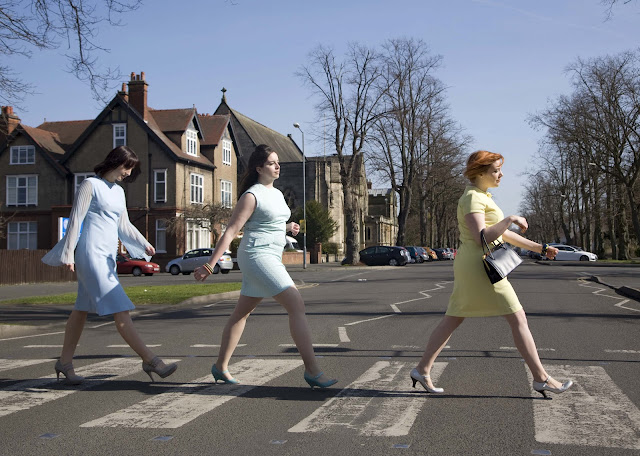 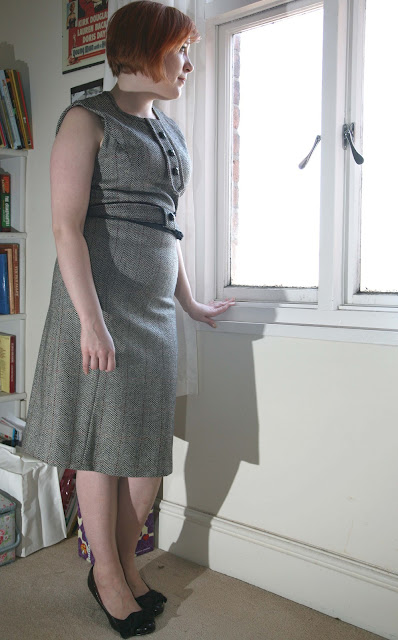 This tweed dress is part of a suit

We did go off-piste a little during the shoot, at Char's request: 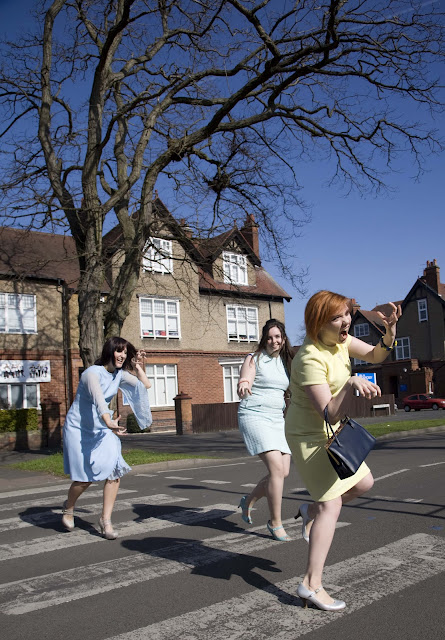 After they finished up, it was time to get into my own clothes for an afternoon of jazz at Wilde’s. Lauren was in a whirl of trying on dresses – I gave her first dibs on my charity shop pile – and as Peter had found the photographic sweet spot in our flat, he kindly agreed to take our portraits. 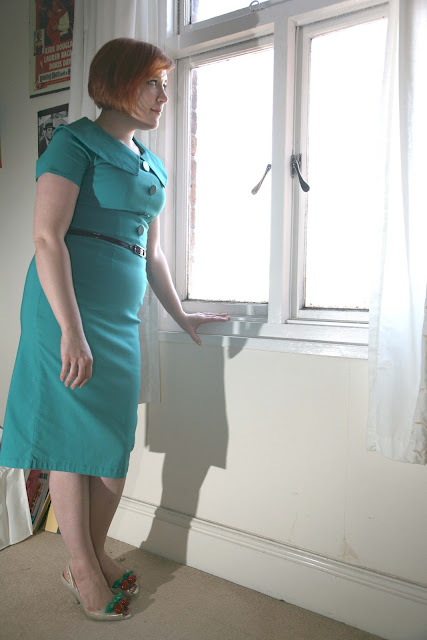 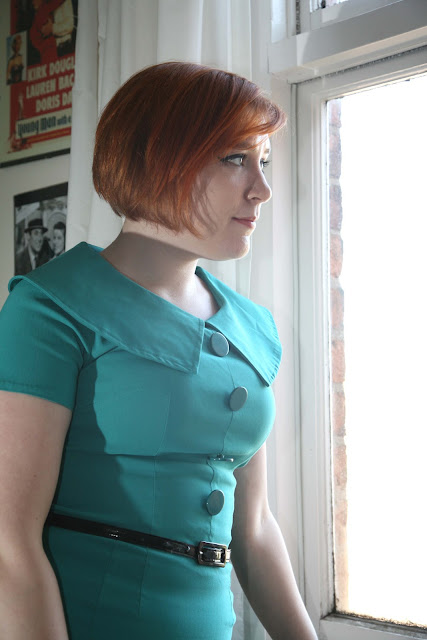 I love this dress and could quite happily wear it every single day. I’m having some sort of green moment, it would seem – I’m wearing a green dress today, too. This was a good choice of frock for listening to jazz, but less so for the massive feed of Chinese food we had afterwards! The jazz itself was excellent and the basement venue was very atmospheric. It was a gorgeous way to while away a sunny afternoon with friends, before moving the party to the slightly dubious but fun all-you-can-eat Chinese buffet next door. 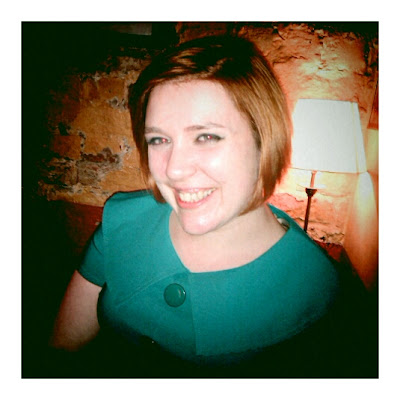 Jazz in the basement 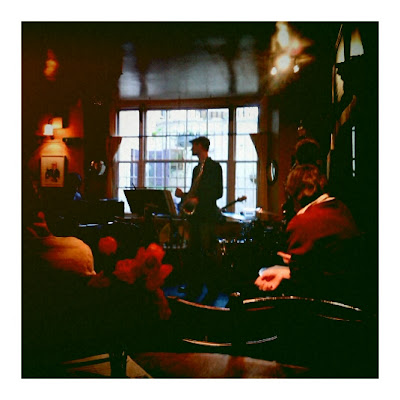 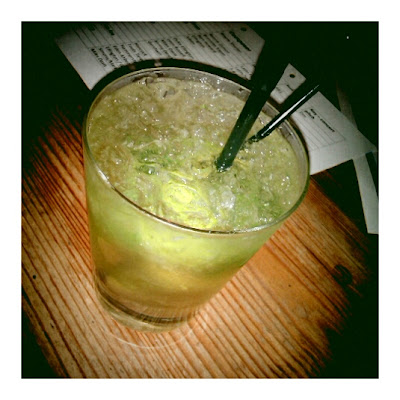 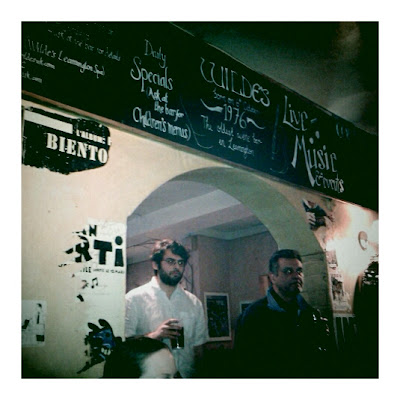 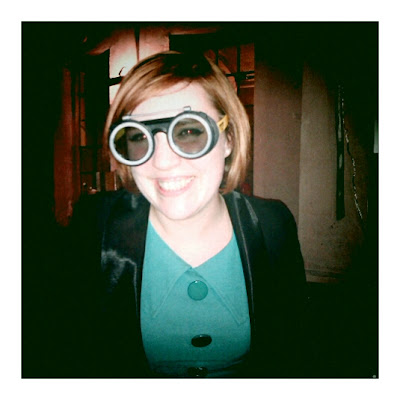 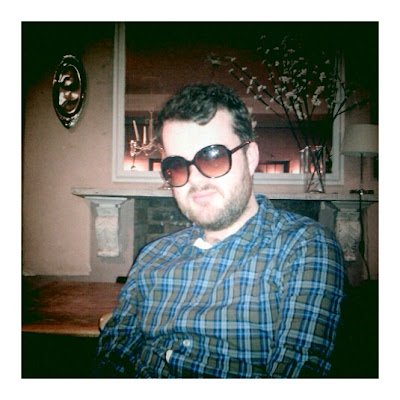 Greggles is a badass

I can’t really complain about the weekend speeding by when we had so much fun, and also I only have three work days left before it’s holiday time! I shall see you all before I go, my dears!
Posted by Roisin Muldoon