So, hello again! Thank you to everyone who left such lovely comments congratulating Nic on my last post, he was tickled pink by all of your warm wishes. You guys are the best!

I had booked Wednesday off work as well so Nic and I could spend the day together and get over the excitement of the day before. The initial plan had been to go for a day out in Birmingham or Oxford but the weather forecast was looking so much less promising that we decided to cut our losses and stay in Leamington. This was good for a number of reasons, chief among them being it gave me the chance to have a lie in and breakfast in bed! We cashed in our spare change stash and used the proceeds to buy cheese, olives and coffee from the deli and had a relaxed afternoon at home. 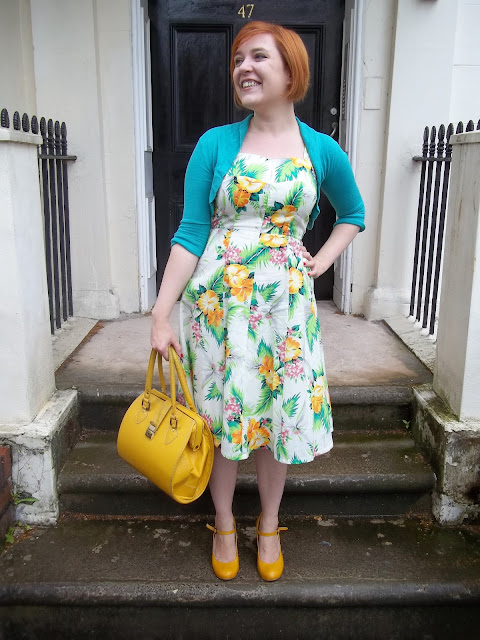 I wore this pretty dress from Fever. I really like the print and the way the bodice is pieced together - since I took up sewing this kind of detail has been increasingly pleasing to me. Nic was looking pretty smart too so I made him pose for a photo. He's not as used to being on the other side of the lens! 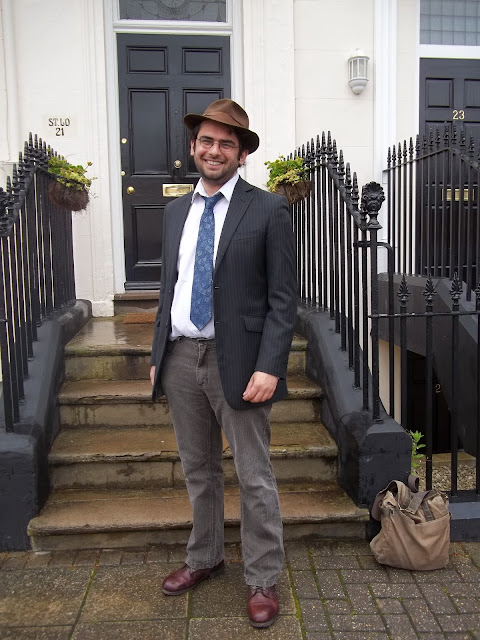 We had dinner plans with friends in the evening and Nic suggested that we go for a few cocktails first. Morgan's Bar has recently opened on Holly Walk, as part of the newly relocated Restaurant 23 and we decided we'd like to give them a try. The building is absolutely beautiful: 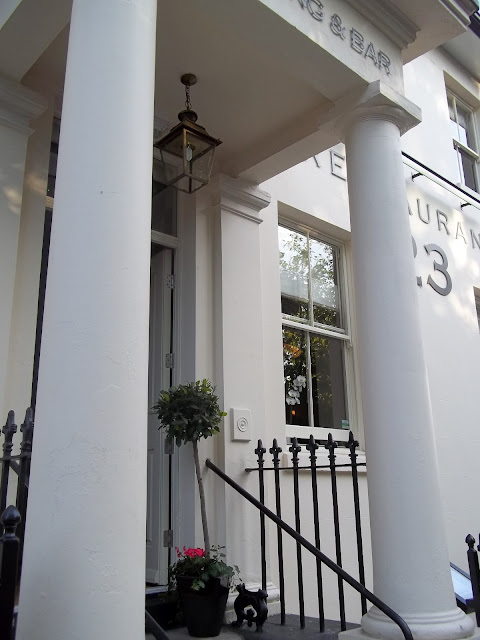 Nic and I have been rewatching Sex and The City and I think it put him in the mood for cocktails in an elegant setting, and Morgan's Bar gave us exactly that! We were greeted at the door by the Maitre d' and once we'd found a seat under the window, we were spoiled with table service. I ordered a French 75 and Nic a Dry Martini. My drink was absolutely amazing - I'd never tried one before but as its main constituents are gin and champagne, I knew it would be my kind of drink! 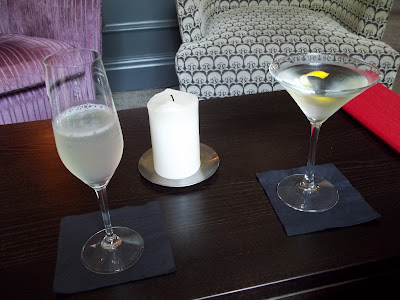 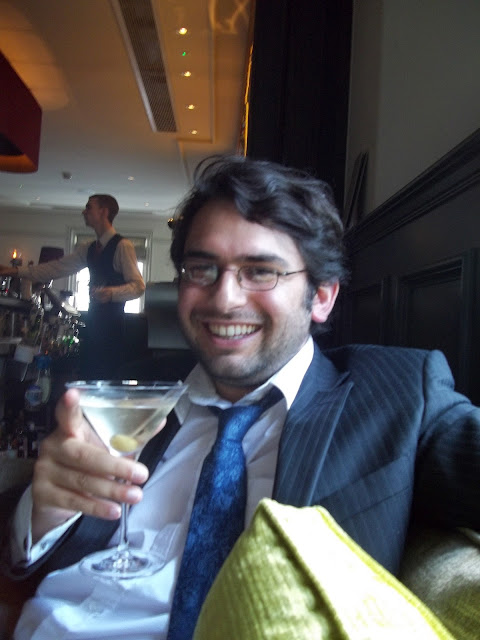 A handsome man and a smart drink

I've never eaten in Restaurant 23 - while it looks nice, there has never been anything vegetarian on the menu that has tempted me - but I'll definitely be back to Morgan's. The only difficulty will be trying to choose another cocktail to try!

After our drinks we went along to Kayal for dinner with friends. It probably seems like Kayal is the only restaurant I ever eat in, because we do eat there so frequently! But really, I can't think of another restaurant in Leamington that I like as much. Much like the day of the graduation itself, it was so lovely to have the chance to celebrate with good friends and good food, and I was very happy when Nic rolled me home at the end of the evening: 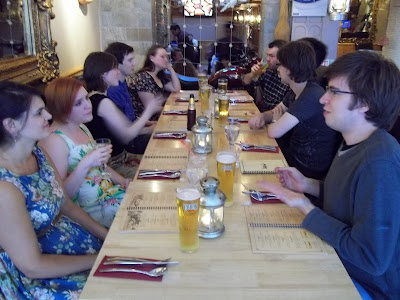 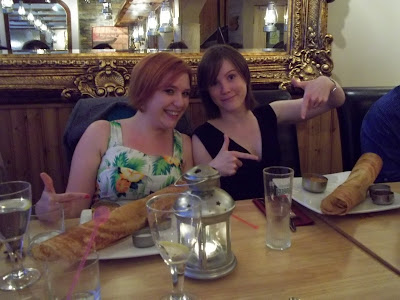 Introducing HayleyJayney to the wonders of Masala Dosa

I hope you can forgive my self-indulgence around Nic's graduation but one of the really special things about taking time out to celebrate his achievement is the opportunity to reflect on the last few years. I was so proud of Nic when he was accepted onto the PhD and when he secured funding for his studies. In that time I've watched him grow in confidence and ambition, and we've had so many wonderful adventures together. We've both met some amazing people, and made some fantastic friends, some of whom we were able to share these few days with. It's been an incredible few years, and I'm filled with excitement for the future.

It was back to work on Thursday and Friday, and now it's a sunny Sunday evening and I've had a lovely weekend. I'll tell you about that in the week but for now, it's time for dinner.