Good lord! Your eyes - you look like that lady astronaut who tried to kidnap that other woman.

Happy Tuesday everyone, and belated happy February as well! I'm sure many of you are as relieved as I am to have another January over with - although, I must admit that this past January was a better month than I might have expected it to be. Lots of fun things happened in January to soften the blow of having to go back to work after a lovely long holiday.

In the past, I have struggled more to get through February so I'm trying to make sure that I have lots of fun things planned for this month, as well. As such, I tried to get the month off to a good start by taking Friday as a holiday. I had no real reason to do this and no special plans, it just felt like a good idea to take a bit of a sanity day. I resisted the temptation to make plans for my day off and instead just let myself drift. I definitely needed it and have decided to do this more often. In fact, if I have more days like today (read: this afternoon at work sucked ass) I will have to make it a regular thing.

Nic took the day off as well, as we started it right with breakfast in bed, with the sunshine pouring in through the bedroom window. I spent the morning sewing. This time, not for myself - I owed my friend Lucy a dress. After I made the Meta dress, I decided that I really wanted to make Lucy a dress with a circle skirt using Butterick 5748, so that's what I did. She picked out this awesome Michael Miller fabric and it's really lucky that Lucy is not the same size as me, or I might have kept the finished dress for myself. 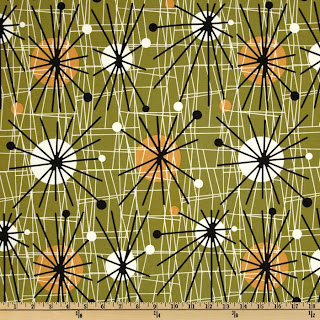 I spent Friday morning sewing it up, and Sunday evening hemming it. So there was no sewing for me this weekend! Still, that's fine - having made five dresses in five weeks I think I'm doing all right!

In the afternoon, we headed out to meet up with Lysy and her munchkin at a local cafe. I was so encouraged by the sight of the sunshine that I dressed for tropical weather. Yes I know.

Yes, February be damned, it was time to take the Honolulu Baby dress out on the road. Well, by 'on the road' I really mean 'to a cafe and then to buy some cake in Marks and Spencer.' But yeah, that. Apart from putting this dress on to model it as a finished object, I hadn't had the chance to wear it. So it was fun to do that. It's everything I want in a casual sun dress and I'm pleased as all hell with it. You can see in the photo that the fit in the bodice isn't perfect but that's fine, it's nice and comfortable. I wore it on Friday with a petticoat that seems to have lost some of its flounce, so at some point soon-ish (probably after Paris) I'm going to spring for a pink super-fluffy petticoat for extra cupcakey goodness. As it was, I felt suitably eccentric when I paired the dress with these Poetic Licence shoes. As with most of the other Irregular Choice shoes I own, these don't really go with anything, but I thought they looked cool with this dress. I was probably a bit of an eyesore, on reflection, but I'm fine with that.

"What is this bright yellow thing? I'M CONFUSED."

The wisdom of taking the day off proved itself when I got home and started to feel all cold-y and horrible. I retired to the sofa with a blanket, a mug of tea, and endless episodes of The Sweeney. Sometimes a day off can be like that, I suppose, your body just takes the chance to collapse in the knowledge that it can. Anyway, my Friday night might not have been exactly rocking, but it was just what I needed.

Anyway, that's about all I have to say at the moment - I think my afternoon at work has wiped out any imaginative thought - but I will be back later in the week with more interesting things to say. Probably.
Posted by Roisin Muldoon