Weird in a good way. Like going to the gym drunk.

Afternoon all, and happy Christmas Eve! It's snowing and stormy here in my corner of Northern Ireland but, as the song says, since we've no place to go - let it snow, let it snow, let it snow. My plan for today is nothing more intense than drinking coffee, knitting and cuddling a small dog. So that's good, isn't it?!

Thank you to everyone who commented and tweeted following my last post. Losing a pet is very sad but everyone is bearing up well. I think having that other wee rascal Mini around the place is helping a lot. Right now she's lying at my feet and it's very nice indeed. 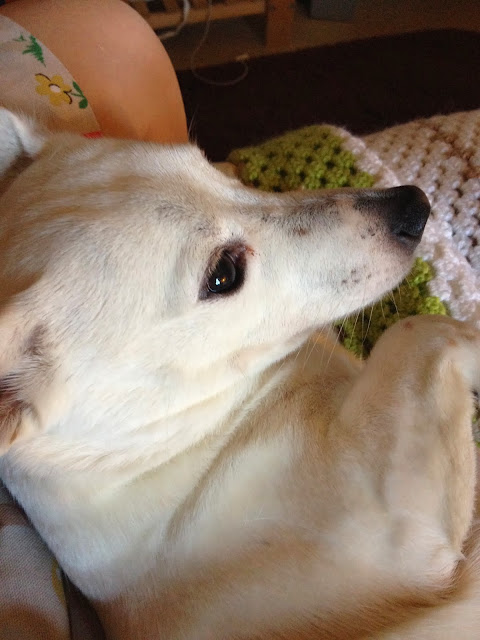 I said in my last post that I had one more handmade dress to show you before 2013 was out, so here it is. I made this dress last weekend and then packed my lovely little sewing machine away for the holidays. I was short on time and wanted some instant gratification, to be honest, so stuck with what I knew and busted out the Anna pattern once again. As I sewed, I listened to one of my Christmas presents from Nic - Sticky Wickets by The Duckworth Lewis Method. So, the Sticky Wicket dress was born: 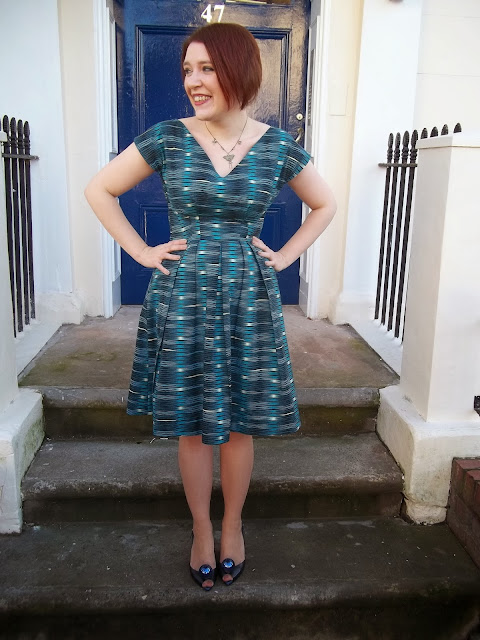 I bought the fabric in The Quilter's Den in Warwick so, as you might expect, it's a quilting cotton. It's actually very soft and has a good drape, and it was on a buy one get one free offer so I got 2 metres for £12. Sweet! I didn't write down the name of the print, but the fabric is by Bernatex and I think maybe the style is called Millennium? Anyway, it's maybe a bit different to my usual loud colours and novelty prints but I was charmed by it. And, you know, buy one get one free and all that. 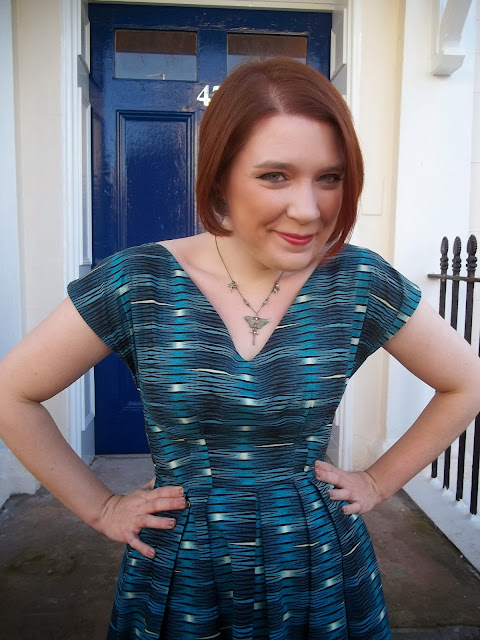 There's a touch of the mid-century about this print and I really like the combination of the deep greens and blues with the teal, white and black.  It's a winner! I only bought 2 metres so I didn't concern myself with print matching, and I drafted in one of my favourite skirt patterns, the pleated skirt from NL6824. As it's drafted the pleats basically match up with Anna's bodice pleats so I only needed to fiddle about with them a bit to get them to match up. This sewed up really quickly and just in time for me to wear out for breakfast last Tuesday morning with Nic. We went to the newly opened branch of Bill's on the parade and it was nice enough. I like Bill's a lot and I can see how it will do well in Leamington but the branch there does need to get its act together a wee bit. Still, it was nice not to have to cook or even think about breakfast as we were both feeling a little bit tired. On Monday night we'd been out for dinner with Rick and Lauren, and after a few bottles of prosecco our living room turned into a disco and it was after 3am before I crawled into bed - and even later for Nic. It was a good night, though. 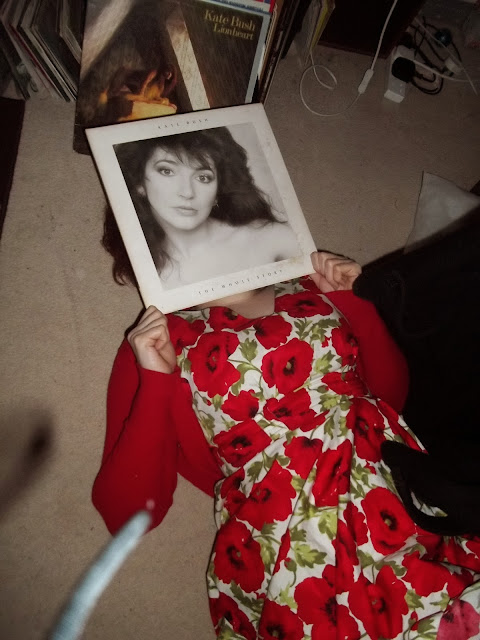 I'm physically unable to stay away from the Kate Bush records when I've been drinking. Just as well I already hate my downstairs neighbours.

Anyway, I don't have much more to say about my 11, 397th Anna dress variation except to claim it as a late entry for Sew Green December as there is a fair bit of green in the print. 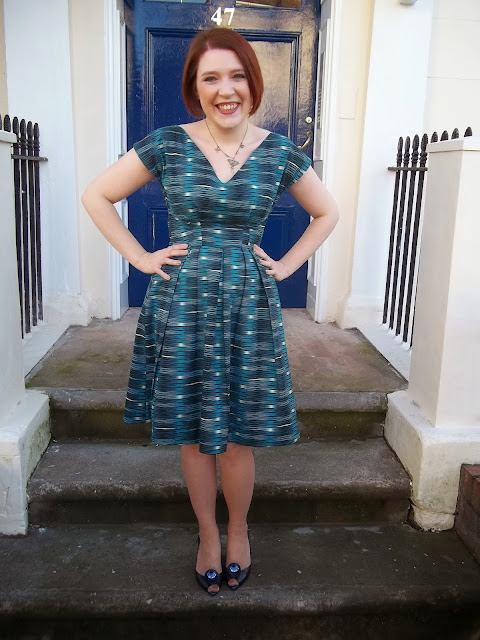 My youngest sister likes this dress so much that she has asked me to make one for her as well - she has picked out some Blackwatch tartan from Minerva Crafts and I'll sew it up for her early in the new year. My wardrobe has struggled to keep up with my sewing output so maybe the solution for that in 2014 is to do a bit more unselfish sewing. Just a bit more. Let's be realistic here. 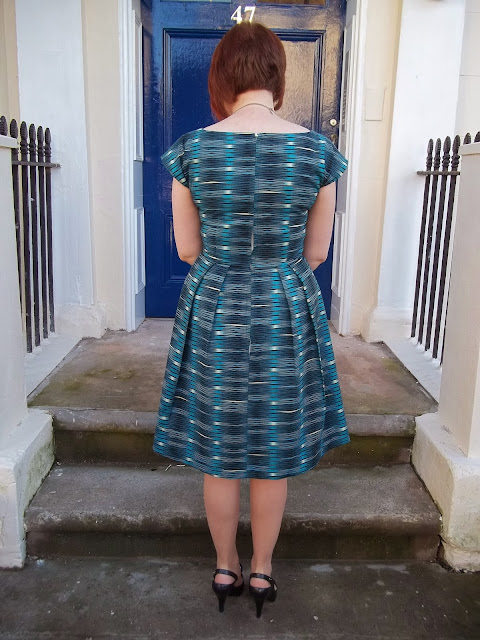 Here's what it looks like from behind. See my total disregard for pattern matching across the bodice?

Anyway, right, it's lunchtime on Christmas Eve. I think it's time for me to tuck into a mince pie and pick my knitting back up. I'll be back between Christmas and New Year with my Top 5s for this year, but until then I hope you all have a very happy merry Christmas!
Posted by Roisin Muldoon