I have cried twice in my life. Once, when I was seven and hit by a school bus and then again, when I heard that Li'l Sebastian had passed.

Hello! How is Thursday treating everyone? I've been having a busy week and a slightly stressful one too, as my granny fell yesterday and is now in the hospital. She cut her leg open pretty badly and bled so much that she needs a blood transfusion, because her blood pressure is very low. She's lucid and alert when she's awake so I'm hopeful that the transfusion will help. It's hard not being closer to home when stuff like this is happening, so the best thing that I can do is to distract myself. This evening I've been sewing, and now Nic and I are watching Braindead (which my friend Kate recommended me, and which is a lot of fun) so that's helping too. I might have a little gin and tonic later too, you never know.

Anyway, yes. That has been my week. The improvement in the weather has inspired me to get sewing again, and over the weekend I made a dress that I have been planning for a few months now. It's sort of a sequel to this dress, which I made last July: 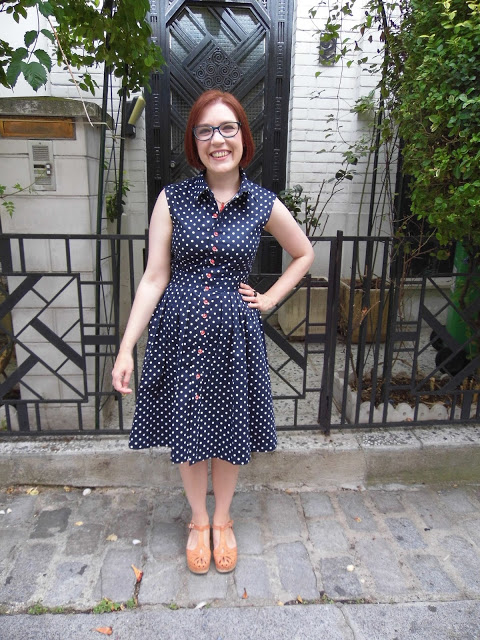 I made this McCall's 6696 last year out of some stretch cotton sateen that I had bought in Barry's and at the time I thought I'd go back and see if they had it in other colours, because I liked the finished dress so much. I still really do like the dress, although it now has some sadder associations as I wore it to Nic's grandpa's funeral and my uncle's funeral as well. I could do without any more funerals for a while. It hasn't become, like, a funeral dress or anything but despite the fact that I like it a lot...well, I don't reach for it as often.

Then, in April, I was shopping in Barry's with some sewing friends and I saw that they had the exact same polka dot stretch sateen in red, so I bought some to make another one of these dresses. It has taken a while, but I finally got around to it over the weekend: 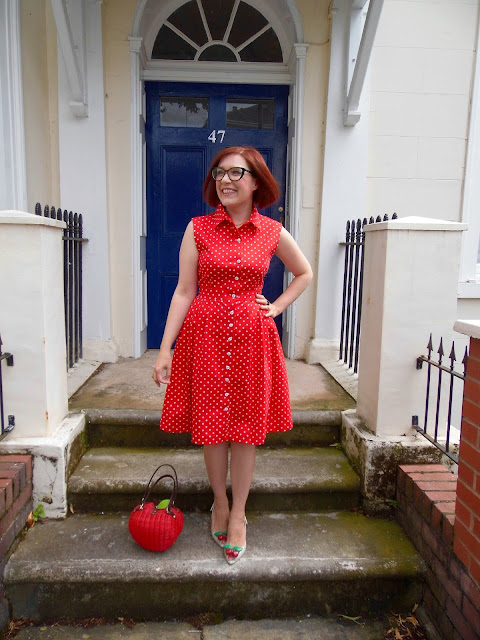 Ugh I love this pattern so much, I can't even. And it is so much fun to sew! I had this all cut out a week or two before I started sewing it - I cut it out in a cutting-out session when I was also making a dress for my mum, so when I was ready to get sewing it was all waiting for me. I love that. I split the sewing into two sessions, getting everything as far as the buttonholes and buttons done in one day, and making the buttonholes and sewing on the buttons on the second day. And, speaking of the buttons... HELLO: 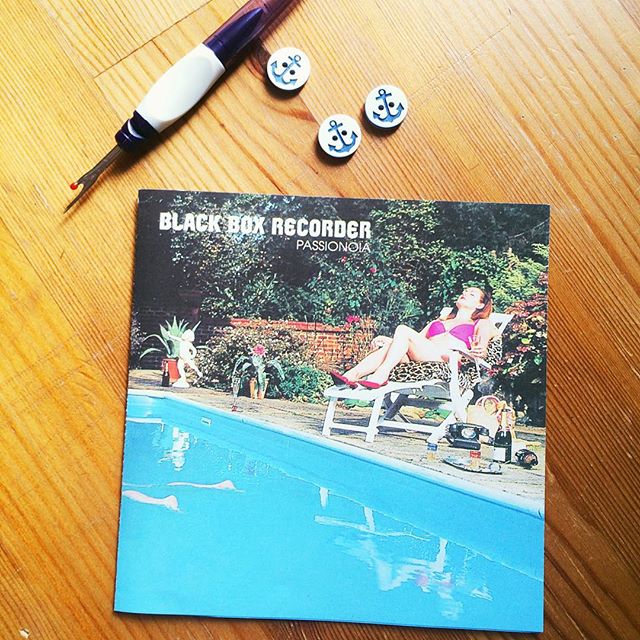 ANCHOR BUTTONS! The original dress has anchor buttons, which are red with a white anchor, so I was thrilled to find these white and blue ones for my red version. I listened to the Black Box Recorder album while I was making the buttonholes. Sarah Nixey, though. I love her. 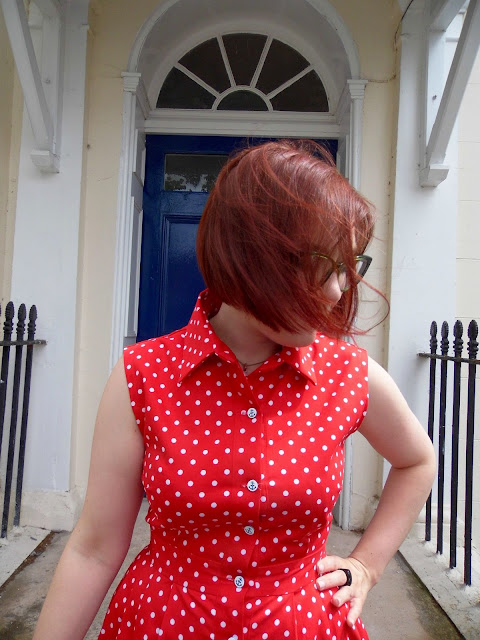 I busked it a little bit with the button placement - to me, it's less important whether they are evenly spaced and more important that they are spaced so that there isn't gaping across the bust, and so I tried the dress on before making the buttonholes and pinned it together at the button band to determine where the buttons should go. If I wanted regular buttonholes, you know, I'd buy a shirt-dress from a shop. I'm happy with how it turned out, although I guess I could put another buttonhole in between the first and the second ones to even it out a little bit. But also, I probably won't. With this dress, as with a few previous M6696 dresses, I sewed my buttonholes horizontally rather than vertically. I don't know if it's actually better, but I like it better! 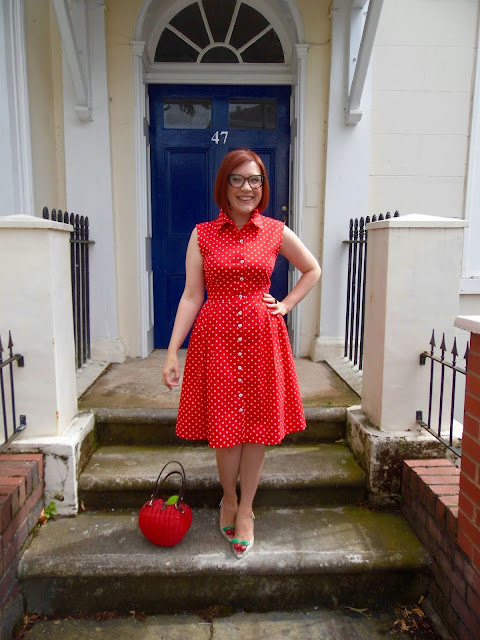 I wore this dress on Sunday to go out for lunch with Nic and then have a chilled out afternoon at home. The sun briefly came out, so I decided to go full twee bastard with the fruit-themed accessories. Nic really loves the dress, complimented me many times on it, and basically demanded that I wear it to a party we're going to on Saturday. So, I might well do that. I'll definitely take it on holiday with me. I mean, the other one got to go to France, so it seems only fair that this one gets to go to the Netherlands, right?

So anyway, speaking of Nic, he has just put a gin and tonic down in front of me...and something pretty exciting has just happened in Braindead, so I think I'm going to slide on for now. Laters, potatoes!
Posted by Roisin Muldoon