Hello there! How's she cutting? Everything is grand for me. I have had the day off today - it was my birthday yesterday, so I decided to take a long weekend. The weather has been damp and dismal, so Nic and I spent it pottering in town and eating birthday cake. It's been pretty blissful! I had a lovely weekend and was thoroughly spoiled - I spent Saturday sewing and in the evening, I went for dinner at Dough and Brew in Warwick with friends. Pizza and craft beer - what's not to like? I received some amazing gifts, including another Tatty Devine sewing-themed necklace: 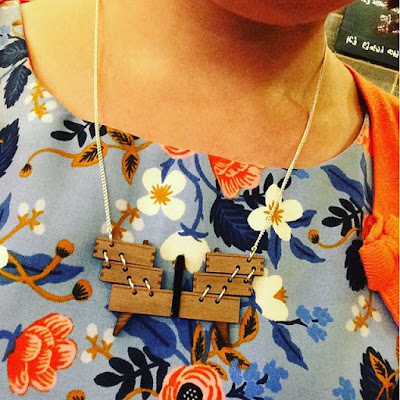 So that has been the craic! I've been really busy at work, which has stepped up a gear now that we're officially into the busiest part of the year. It's been sort of nice - a lot has changed over the last few months at work and I really feel like the transition into my more senior role has properly happened now. It's been a busy and eventful summer and it's definitely been very stressful, but I feel good about how I have handled it. So, you know, that's nice!

Anyway, tonight I'm going to show you a dress that I made during the summer. I've worn it loads but just never got around to getting proper photos of it until this week! 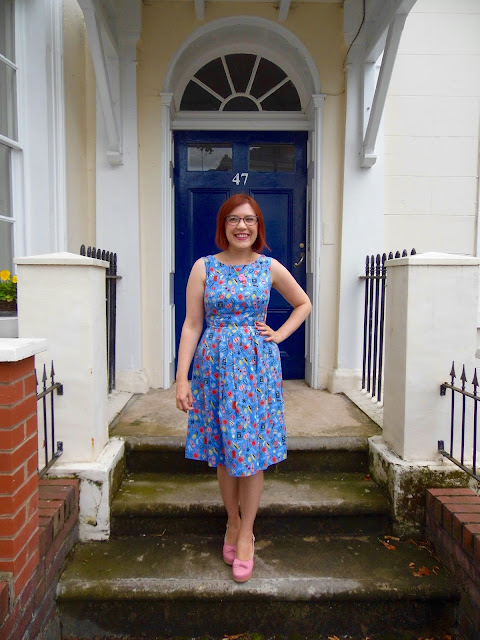 So, it's another B5478 bodice with a pleated skirt - I love this combination - in some Cotton and Steel Rifle Paper Co fabric. I pre-ordered this print from The Village Haberdashery earlier in the summer - it was the one print from the range that really grabbed me, although I have since bought another one (you can see it in the photo at the top of the post!) The print is called Bon Voyage: 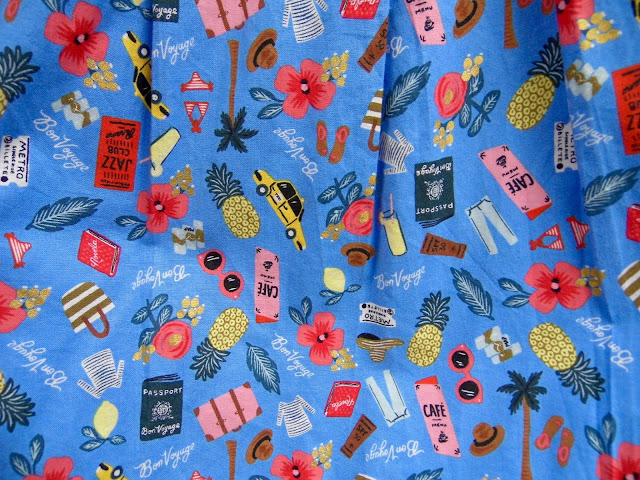 The print is a little bit smaller than I would usually prefer, but I am very taken with it...the references to Paris, New York and jazz clubs were very relevant to both Nic and I! It was the jazz club flyers that made me decide to buy it, but I love all of the little details. I also really like the little touches of gold. I bought the cotton but I think this one might also have been available in a rayon.

I took this dress on holiday with me to Amsterdam and wore it again a few weeks ago when we happened to be at the seaside during a heatwave: 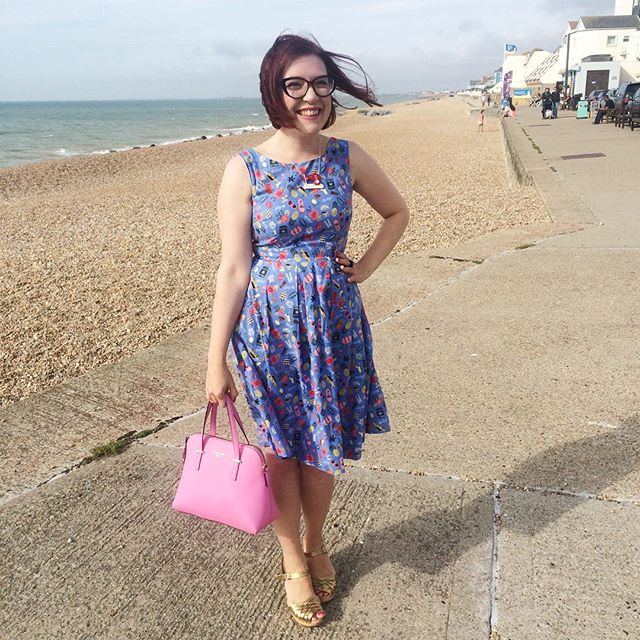 It's very wrinkly here from having been in my suitcase for three days before I had a chance to wear it!

Although the fabric base is technically a quilting cotton, it's actually really soft and drapey, which means that the pleats don't look super structured. I like this, although I think it makes the dress look very casual. 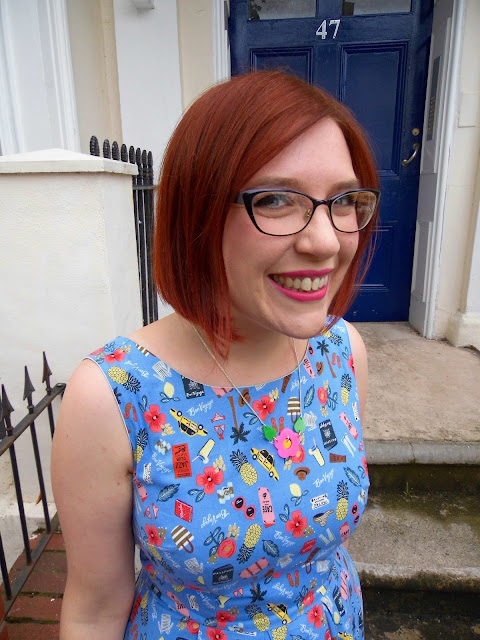 Here's a majorly fucking goofy photo of me so you can see the bodice in more detail!

The weather forecast suggests that we have a few more sunny days to come this week, so it's possible that I'll be able to wear this dress once more before I pack it away with the rest of my summer clothes. While I am happy to wear cotton dresses throughout the autumn and winter, I think this one is just too thematically summery to work with a cardigan and tights. 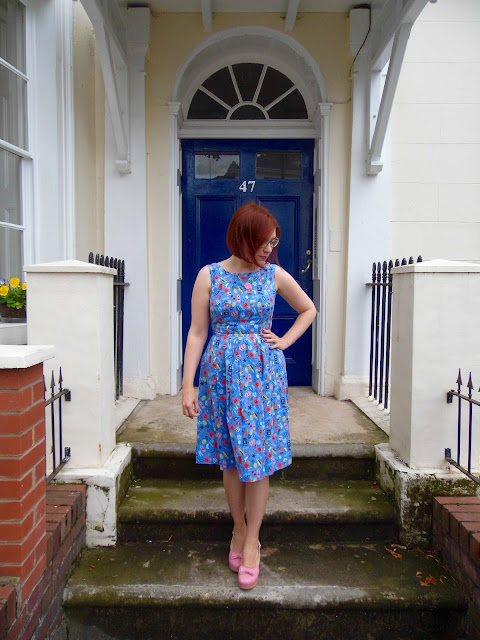 Again, this is another dress that probably isn't the most flattering - I think the combination of the pale colour and the ditsy print doesn't work brilliantly on me, but, eh, that's okay.  I really like it and feel good in it when I'm wearing it - and, having been with me to picnic in the Malvern hills, to stroll the canals of Amsterdam and to drink champagne at at lighthouse in Kent, it already has lots of happy memories attached to it.

Right...that's me for the evening. It's time for dinner. Goodnight!
Posted by Roisin Muldoon