Hello! So... my resolution to blog more often has totally fallen by the wayside, hasn't it? I can't apologise for it really either... it doesn't matter all that much. It's the way it as at the moment. I've been doing two jobs since Christmas (my job and my old job) and it is NO. JOKE. Also, more seriously, I've been struggling pretty intensely with anxiety. It's been exacerbated by work and my own over-achieveing tendencies although not caused by it - it's largely because of the state of the world at the moment. I have a very happy personal life and a happy professional life too, despite the issues, but I've still been spending most of the time feeling anxious, angry and sad. I know that it's this way for a lot of people right now, and indeed worse. I have people around me who can help me and I'll be okay. But, yes. The effect has been that blogging has felt impossible. I know this is basically what I've said in my last few blog posts: I'm like a stuck record! It doesn't make it less true, though.

Lots of things help. I bought a chocolate panettone yesterday in TK Maxx (you can't tell me I'm the only person who can't resist the random food section) and it's going to become chocolate bread and butter pudding at the weekend. We've switched off the storage heaters, opened the windows and filled the flat with daffodils, which makes it feel like spring. I've packed away my winter clothes and the opaque tights are going away this weekend too. IT MIGHT SNOW AGAIN. I might have cold toes. It's a risk I'm willing to take.

Of course, when time allows, I have been sewing. My manager sews - she's a quilter - and she reminded me during my annual appraisal yesterday that sewing is good for me and that I must make time for it. She is awesome, and she is right! So here's a dress I made a few weeks ago.

Although I've made a few McCall's 6696 dresses and a few Sew Over It vintage shirt-dresses, I wanted to try a different pattern. I was attracted to Butterick B6333 because it had the elements of M6696 that I liked: a stand collar, a pleated skirt and a separate button band but, unlike M6696, it has princess seams, a more fitted back and no waistband.

I mean look, it also has a goofy waist tie... but, let's remember New Look 6776 and its crimes against waist ties and cut this little pattern a break, hey? BECAUSE I MEAN: 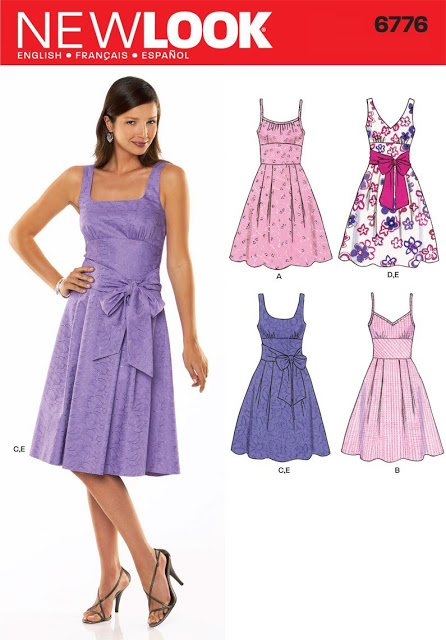 I literally love this girl's face so much I can't handle it. THAT PURPLE BOW.

Yeah that waist tie doesn't look so bad now, does it? So anyway. I digress. This Butterick shirt pattern. I made a toile of the size 10 and decided that I needed to make a couple of changes. I needed to shorten the bodice and I needed to ditch the sleeves and the pattern's collar. The collar was HUUUUUUUGE. I mean, comically huge. 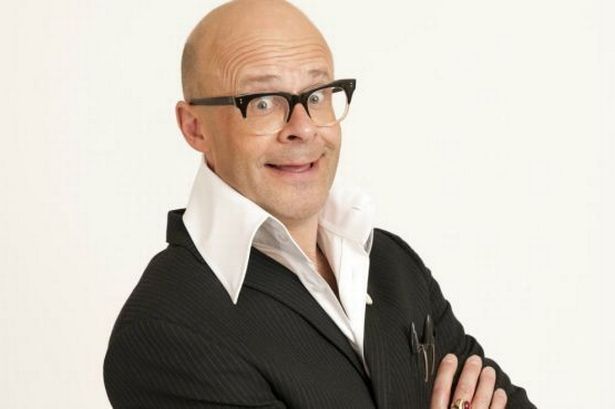 Me checking myself out in the mirror

I don't know what to tell you. The collar looks normal enough on the pattern envelope and the pieces aren't weird-looking... it just really didn't work on me. My mum did tell me once that I have no neck, so maybe it was that? Anyway, I solved it by deciding to use the collar pieces from M6696, which were less hilariously awful on me. Away I went... 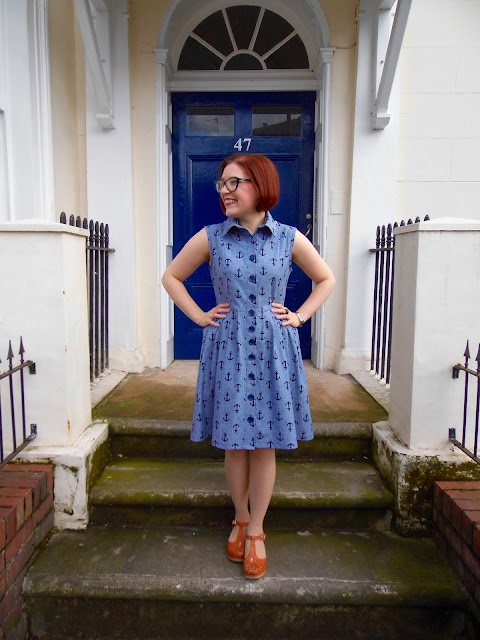 The fabric is Robert Kaufman anchor chambray. I do already have an anchor-print chambray dress, why yes I do. It's the Larry Vaughn dress, and it is awesome. This is a different dress though. It's a very different dress. It's a different shark! I bought the fabric from the Fabric Godmother, and I think the buttons came from the rag market in Birmingham. 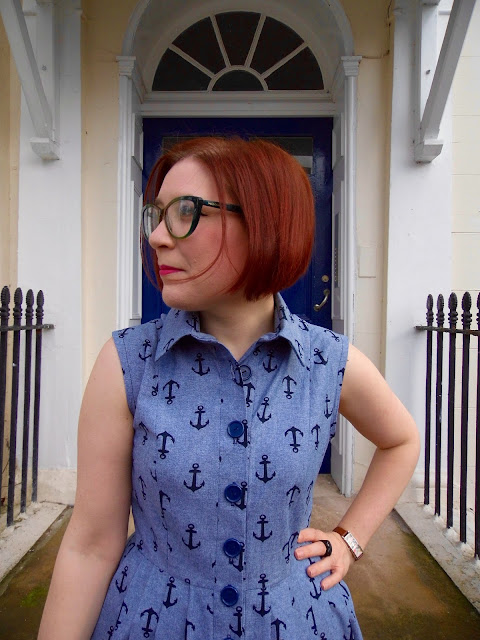 I'm pretty happy with the finished dress. It's almost exactly what I had in mind for this fabric - the fit is quite relaxed because there's quite a lot of ease, so it'll be lovely and cool and comfortable in the summer. Usually my preference is for a more fitted style, but something more relaxed works with this fabric. It's something I find it a bit difficult to get used to, though - I look at myself in the photos and think I look really boxy and blah, but actually the dress feels great to wear. If I didn't blog, I'd probably never think twice about it.

I like the pattern a lot. I think the style lines are really cute - the princess seams for front and back meet at the shoulder seams, which is a cute touch. The fit through the back is pretty good, although I could probably benefit from a slight swayback adjustment. I like it much better than the back of M6696, which makes me feel a bit like Jerry Seinfeld. 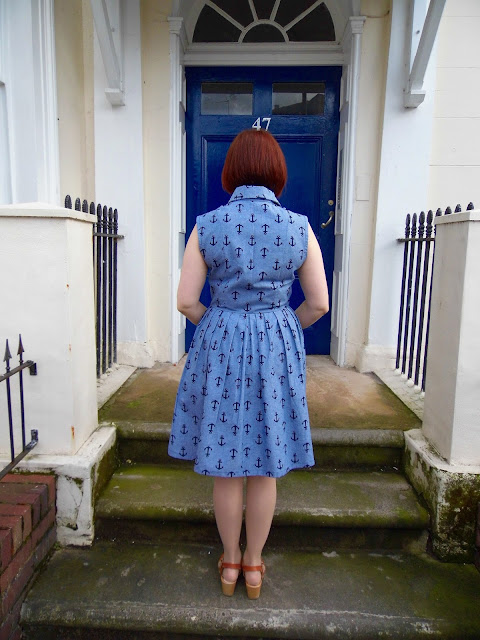 But I don't want to be a pirate!

Unlike M6696, the sleeves on this pattern didn't work on me at all. Actually, they weren't dissimilar to Jerry's sleeves above. You can see why from my sleeveless version, actually - it's wide across the shoulders (and there aren't separate stitching or cutting lines for sleeves/no sleeves... at least, not that I could see) so the sleeve heads started at approximately my elbows. I would need to do some redrafting if I wanted to add sleeves but, eh. Ain't nobody got time for that. Ot at least, I'm not so committed to the thought of sleeves that I'm going to spend my time messing around with them. Call me lazy if you want. I don't care.

I've since gone on to use this bodice, with some modifications, to make two other shirt-dresses. I don't have proper blog photos but here's one from instagram (although this dress will hopefully get a post of its own pretty soon). I used a half-circle skirt and it's pretty damn kitsch. I love it. 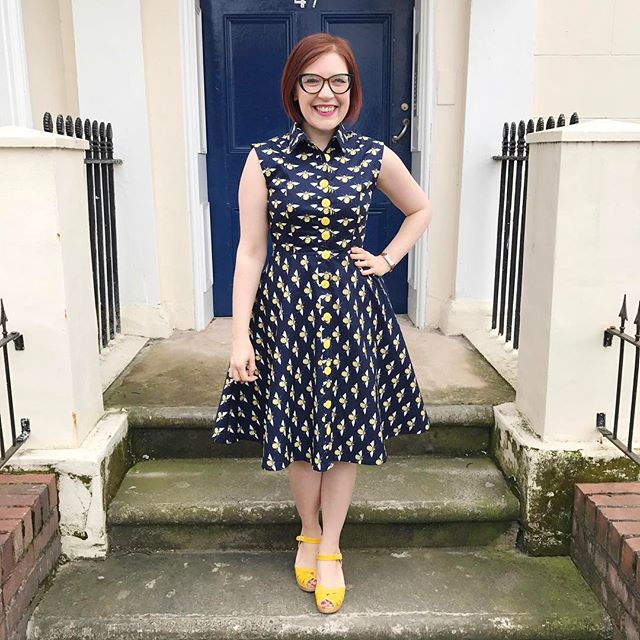 Despite the similarities between M6696 and B6333, it was worth it (for me) to buy both patterns. B6333 has already earned its keep! I have visions of lengthening the pleated skirt for a dramatic maxi dress, possibly in a rayon or a lawn. I'll just have to find the right fabric. And being real, I'm probably going to make a couple more circle skirt ones because I wore the bee one on Saturday and I felt sassy as fuck in it all day long. I really need that in my life right now.

Well anyway, that's the craic with me. I won't make promises about when I'll be back, but I am working hard at feeling better and feeling more like myself, so hopefully it won't be long. Looking at gifs of Bianca Del Rio are helping me at the moment, so I'm going to leave you with one of those. Goodnight bitches!