So, you know that blog post I mentioned earlier in the week? Well it is on its way, but some really horrible news from home derailed my week somewhat so it is going to be a bit later, but I have not forgotten. I am on a much more even keel now, thanks to my absolutely awesome friends. Y'all know who you are, all of you who showed me your love this week, and I sincerely appreciate it. Stuff at home is going to get worse, much worse I think, but I am in a better position to cope with it than I have ever been so I'm feeling reasonably positive about it all, and I reckon that's all you can ask for.

All of that means that I don't have too much news for you, and not much in the way of outfit shots either. Also, it's been cold this week, so I haven't felt much like taking photos. The sun finally came out today, however, and I decided to make the most of it by chilling in the park with my Sugar Plum, her sister-in-law, and niece.

Ruby Belle monkey pinafore, that charity shop belt and a petticoat I bought on ebay after trying on the one that Lauren Too Many Dresses bought
My monkey dress! This dress looks significantly better belted and with a petticoat under it, and I adore it. Like many of my dresses it was sort of bought on a whim, but isn't it pretty! I love the little monkeys too, I think they sort of look like Brain:

There are probably enough of them to take over the world...
The other thing I'm going to finally get around to is reviewing one of the books I read recently. A few weeks ago, Nic and I rewatched Mean Girls. It was his second time seeing the film, and it was approximately my 725436th time. I never get tired of it, and I thoroughly enjoyed swapping Mean Girls themed tweets with Mrs M when I was watching it (Boo! You whore!) and this time, more than any of the other times I've seen it, it really struck a chord with me. I think it's because I've been working my way through lots of friendship issues in the past few years, and finally feel like I've regained my sanity and perspective on it in lots of ways, and Mean Girls just seemed like a really appropriate film to watch. Off I trotted to Amazon, and I picked myself up a copy of the non-fiction book that was the basis for the film, Queen Bees and Wannabes by Rosalind Wiseman. 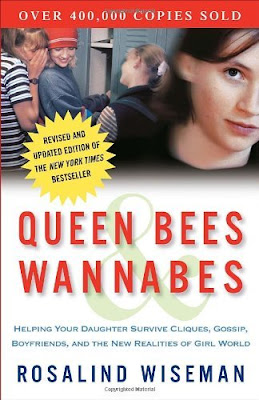 Queen Bees... is actually a sort of self-help book for the parents of teenage girls, to provide advice on how to help young girls navigate their way through 'Girl World' in school and beyond. It was a truly fascinating read in many ways. The book was originally published in 2002 but was revised and updated in 2010 to include the many ways in which things like social networking, mobile phones etc contribute to the ways in which girls tear one another down, and the ways in which life as a young person now is so much more difficult than it was for our parents. Wiseman breaks down the politics of Girl World (as she puts it), breaks down the cliques and the roles girls play in those cliques and offers advice on what to do to support your daughter through whatever her role is. She also discusses the pressures young girls and young women face around body image, sexuality and relationships.

What piqued my interest the most was the way in which Wiseman breaks down girl cliques into their component parts, offering advice on how to avoid the inevitable conflict and drama that arises in these groups. It isn't just about what to do if your daughter is being bullied by the Mean Girl, but what to do if she is the Mean Girl, and why girls relate to one another in the way that they do. Reading through her description of the various roles in the clique, I could see how at some point or another, I had played all of those roles myself.
I've been all of these girls. I've been the Mean Girl/Queen Bee when I've wanted my friends to dislike someone I dislike. I've been the Banker and the Messenger, gossiping about others to reinforce my own place. I've been the Pleaser, letting someone more forceful tell me what I should or shouldn't do. I've been the Torn Bystander, and speaking up has made me the Target. I've played all of these roles as a teenager and in my adult life as well. Reading Queen Bees... was a useful exercise for me, as I have been making an effort to think about how I conduct myself, and how to manage how I feel about things, and to better understand what motivates me. Tina Fey's screenplay for Mean Girls has Cady go through a similar process. After turning into a mean girl in order to destroy Regina George she realises what that has done to her personality, before realising what she has to do to rehabilitate herself:

When you get bit by a snake, you're supposed to suck the poison out. And that's just what I had to do, suck all the poison out of my life.

It took me far longer than it took Cady to realise this, and it's still a work in progress. Reading Queen Bees and Wannabes is a helpful tool in this process. And, you know, any excuse I can get to watch Mean Girls again, I'm going to take it! 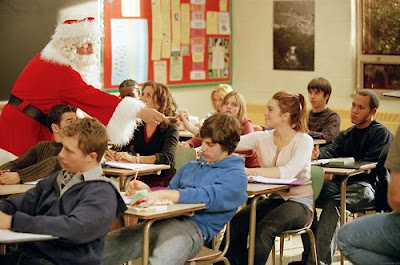