Hey all! Happy belated Valentine's Day to everyone. I had to go to work, and so did Nic, but when we got home we Valentinesed it up real nice with some wine, some tasty food and a few episodes of that well-known romantic programme, New Tricks. We know how to live! No, seriously, though, it was a very lovely way to spend the evening. I like Valentine's Day. Nic and I don't do gifts, but we make each other cards. The men who work at the railway station were even more cheerful than normal as well on my way to work, teasing me about whether or not I got a card etc. It was nice.

Today has been weird, though. I left slightly later than normal for work, and was met with severe delays. Someone died on the line at Tile Hill, and after being diverted to Birmingham and then waiting in New Street station for over an hour, I decided to turn back for home as I had no idea when I was going to be able to get into Coventry for work. It was stressful, and very sad to think of the person on the line - I was a passenger on a train a while ago that struck someone on the the line and it was awful. I got back to Leamington at lunchtime, had lunch with Nic and enjoyed my impromptu afternoon off. The sun was shining and, for the first time, it felt like Spring might be on its way: 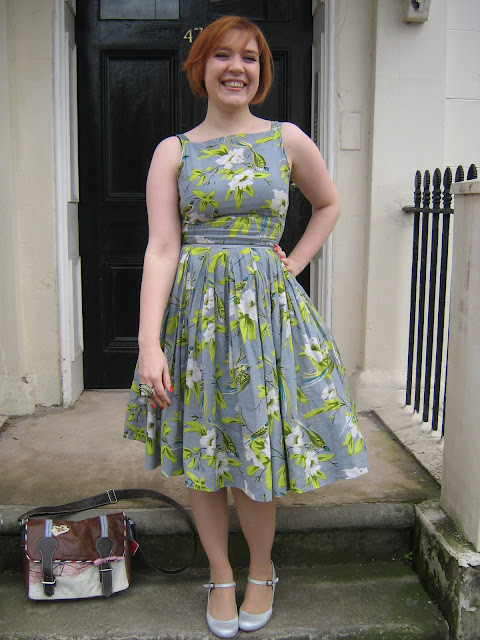 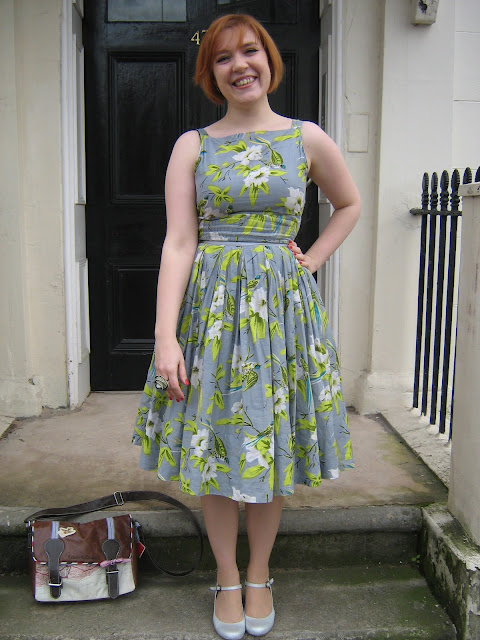 ...and one where I'm not squinting

Obviously for most of the day (and right now, in fact) I was wearing a cardigan. Spring hasn't sprung quite yet, after all. The really brutal cold seems to have passed, however and when the sun was shining, there was some warmth in it. On our way to the library I could see the first signs of Spring peeping out of the ground - crocuses: 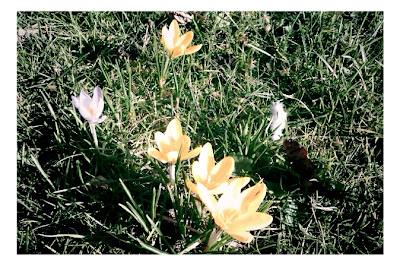 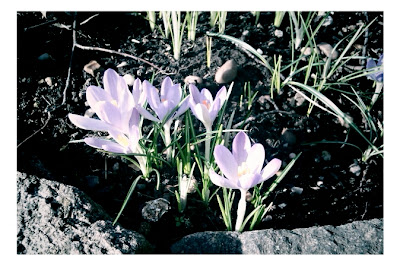 Feeling the warm sun on my face and seeing the crocuses really made me feel happy. I know that this hasn't been a long winter - we had a mild spell before Christmas and the cold weather only properly hit after the new year - but it has felt long. I've been struggling, maybe it's a touch of SAD, but I feel like it's been a real struggle to not be sad all the time. It sounds ungrateful because life is very good right now, and really I don't have much of a reason to feel this way. Well, apart from work, which is pretty unequivocally sucky. I know that this will pass, and that things are good, but it is sometimes hard to fight off the blues. I'm doing all I can to keep on top of it, anyway. What do you guys do when you're feeling low? I mean apart from drinking and shoe shopping?!

Anyway, I'm off out tonight with my friend JB. She was given tickets to see the Lightning Seeds play at The Assembly and invited me along. I'm hoping for some fun mid-90s nostalgia and a bit of dancing, then home reasonably early to bed as I'm working in London tomorrow. And from there it's a hop, skip and a jump to the weekend, the pub, some sewing, sleeping late and having fun. See you all then.
Posted by Roisin Muldoon