In this house, we think of a dripping tap or a babbling brook.

Afternoon all! I'm posting from bed on this sunny Sunday afternoon because I'm a wee touch hungover. Just a bit. It wasn't a heavy night last night but HayleyJayney came round and we drank wine and watched Beauty and The Beast and The Little Mermaid and, although my rioja was tasty I have no tolerance for red wine at all. Ooof!

Anyhoo. I can live with a mild hangover, especially as I have a cup of tea in bed with me. I've had a delightful weekend and I'm going to share seven and twelfty pictures with you, because I'm good like that! So Friday was a bit dismal and horrible and I was working from home with lots of boring things to do, but the evening was picked up a lot by Nic and I going out for some tapas and wine at Cafe Havana. We've eaten in there before during the day, but the cafe has recently started opening in the evenings on Thursday, Friday and Saturday with a piano bar style event. Catie gave the tapas a positive review at Loaf Review so I was persuaded to try it out. Nic and I had a window seat near the piano, a glass of rioja each and we hit up the vegetarian selections on the tapas menu which were delicious. The pianist played a lovely selection of jazz standards and it was such a good way to pass a few hours on a Friday evening. We'll be back and if you're in the Leamington area I really recommend you stop in there. Nic and I wandered home to listen to jazz and play Scrabble, which was a lot of fun even if we did lower the tone somewhat: 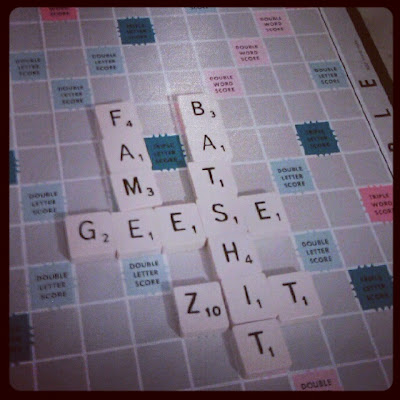 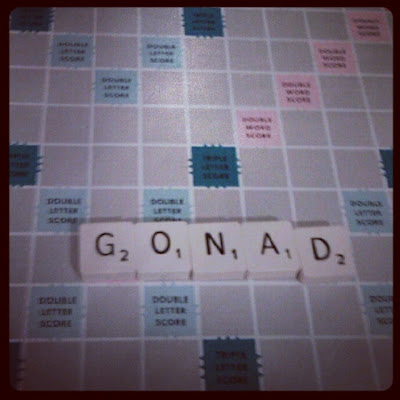 Yeah. Well the red wine went to my head a bit. Like I say, I've no tolerance for it!

Nic and I had planned to go over to Kenilworth on Saturday morning for a wander around and a change of scenery and, as the sun had peeped its head out tentatively it seemed like a good chance to wear a summer dress. You never know, with the way the weather has been for most of June already I reasoned this might be my only chance. I bought this broderie anglaise from John Lewis when Lysy and The Scientist took Nic and I to Cambridge at the start of the month. It was £8 a metre and seemed perfect for a Hazel dress, but in the damp and dismal weather sewing a white dress seemed pretty unappealing. Still, it was the first dress in the Sew Colette 2.0 Sewalong and I was keen to get involved, so off I went. I decided to line the dress with a fabulous hot pink polycotton, which is great. However, it doesn't show through as much as I'd like so I added some pink piping to the waistband too. I don't really have any further notes on this pattern, I think I've said everything before with my Amber and Cod Afrique versions! But enough gabbing, you want to see the dress amirite? 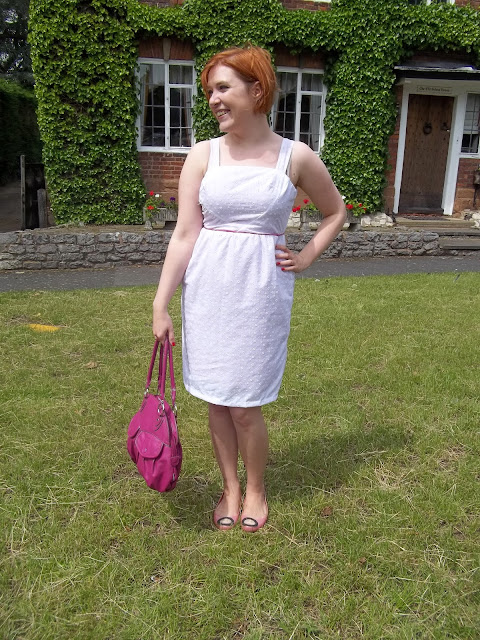 Now, I'll be honest. I'm not sure what I was thinking when I bought white fabric. For one thing, I'm a spiller. Like, seriously. But the bigger thing is that I'm Irish, and I LOOK it. Pale pale PALE. I like being pale, and I like my Irish skin, but I'm really not sure that white is a look I can carry off! Still, I'll wear it about a bit and see how I feel and I can always overdye it. I am pleased that this dress doesn't make me look enormous, which was my other concern! Like my other Hazel dresses, it is a lovely fit and this was a really enjoyable dress to wear. To give it a bit more pink, I added some decorative stitching to the straps: 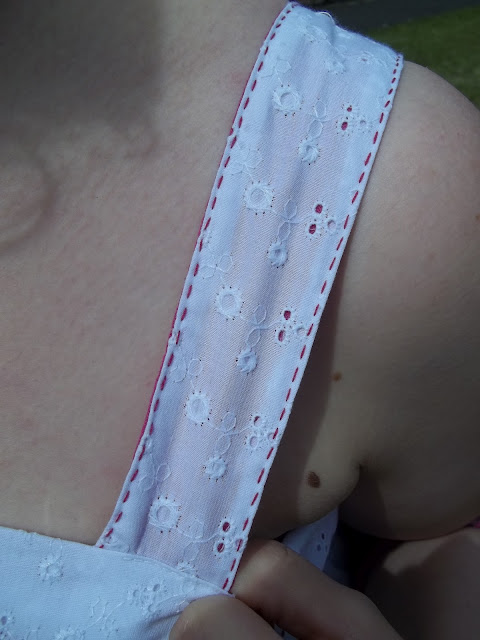 See what I mean when I say I'm pale?

I'm also pretty pleased with how well my piping lined up around the zip: 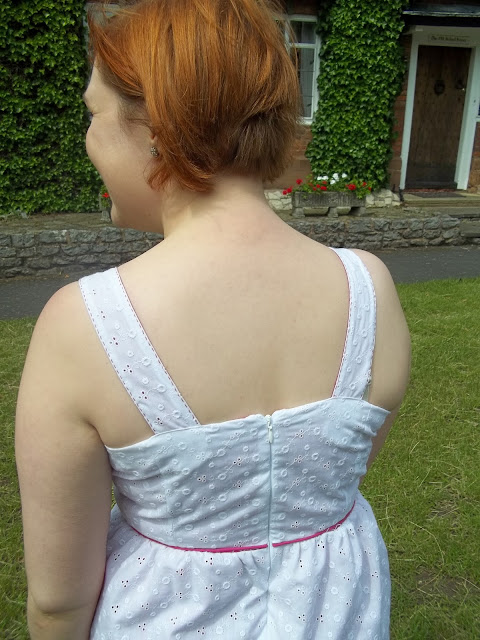 And, just because, here's one more picture: 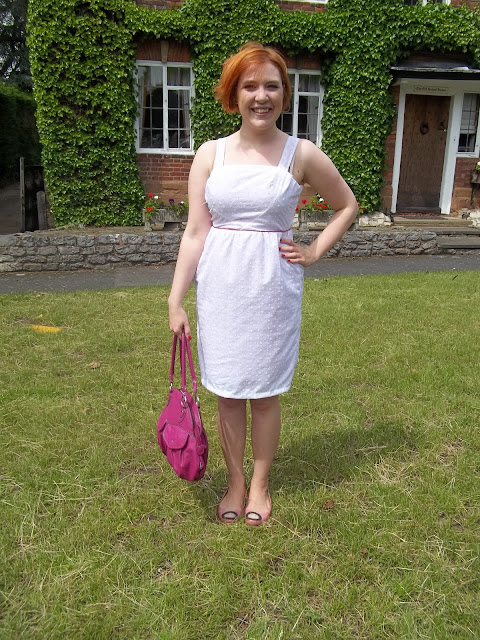 Nic and I spent a couple of hours in Kenilworth. We looked in most of the charity shops and did quite well - Nic bought me a pretty 60s vinyl handbag, and he got some excellent books and videos. There was a French market on in Talisman Square so I treated Nic to some cheese from the fromagerie: 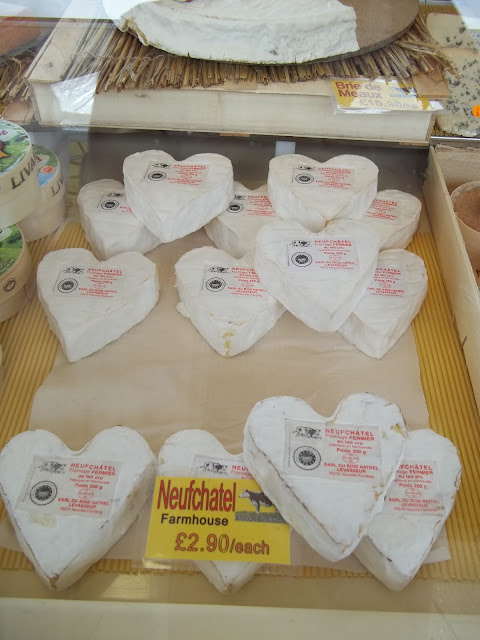 This photo is for illustrative purposes only. This is not the cheese I bought.

We headed back to Leamington for lunch and to do some errands before HayleyJayney came round for films and wine and popcorn, and it was quite late before I got to bed. It was raining hard as I was falling asleep so I didn't hold out much hope for today to be nice, but the sun was shining when I woke up - hurrah!

Nic and I decided to walk over towards Warwick to stop at the big Tesco (to see if they had Essbeevee's dress, but sadly they didn't) and then through a mysterious overgrown path to the Saxon Mill. There were a few rain showers and at first the path was really dark, muddy, narrow and overgrown. But hey, it was a bit of an adventure! It really was beautiful weather for a walk. 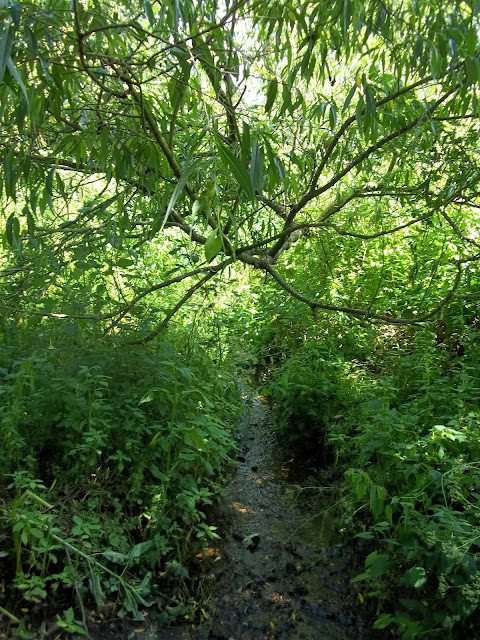 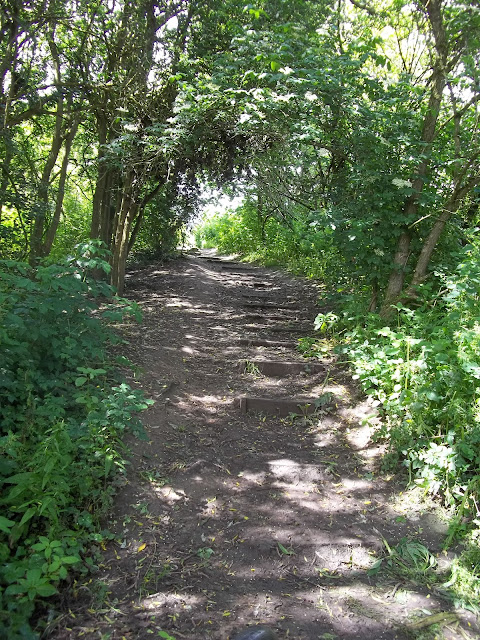 The path had widened out CONSIDERABLY by this point!

The path brought us out into the gorgeous corn field at Old Milverton: 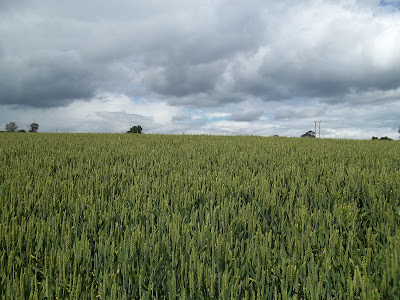 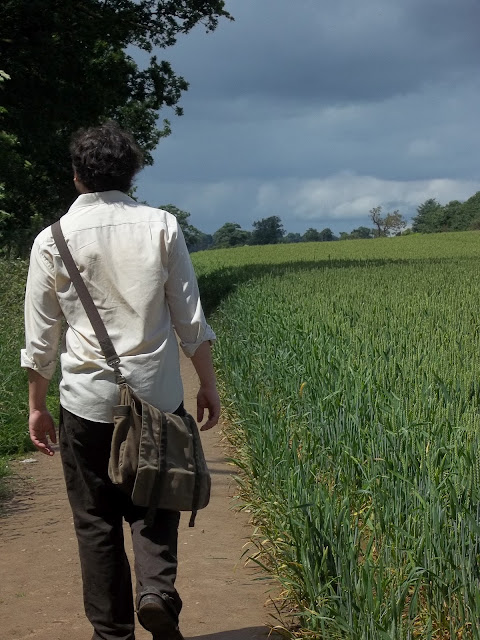 Luckily, the rain showers meant that there were some free tables outside at the Saxon Mill. It was a bit damp, but sitting outside there is a bit of a summer tradition! 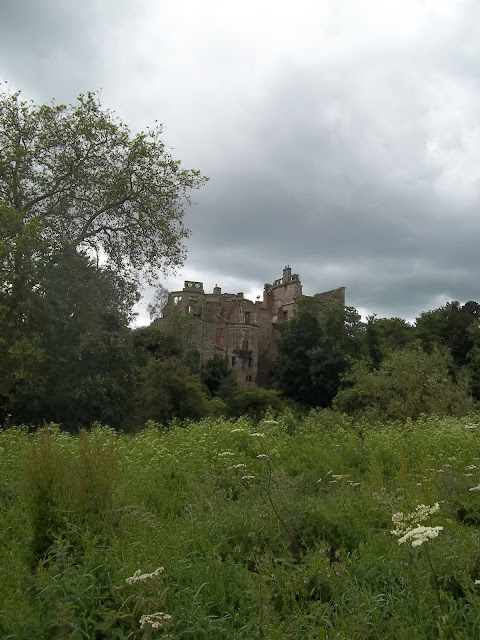 The ruins of Guy's Cliffe House 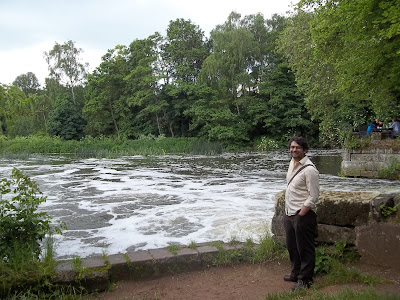 The Saxon Mill certainly has a lovely setting and I always really enjoy sitting outside, listening to the water and taking in the view. It's a shame the pub itself isn't great - it's a bit of a gastropub but the menu is really crap for vegetarians - today there were six lunch specials and none of them were veggie - which is ridiculous because vegetarianism isn't exactly uncommon! Anyway, mini rant over - needless to say we didn't eat there, but stayed for a drink before walking home: 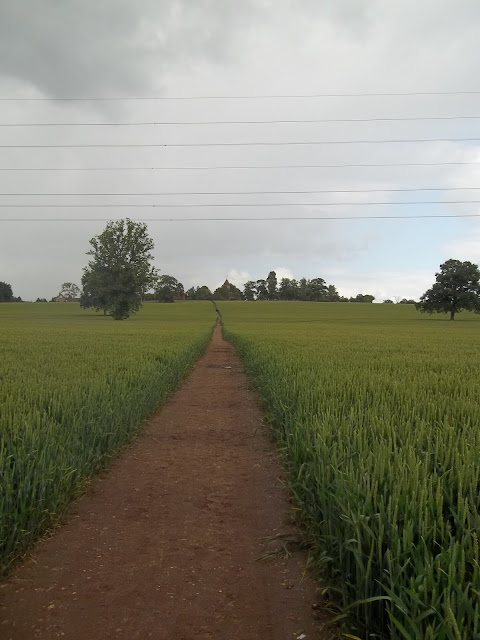 The path towards Old Milverton. We got a bit rained on here I wish this was actually my house... Fever Copacabana sundress, cardigan from H&M and sandals from Miss Selfridge

By the time we got home my hangover was starting to kick in - hence the tea in bed lark. This evening is going to be mainly about watching a film, having breakfast for dinner and mentally preparing for what is going to be a very busy week at work. I'll be checking out Tilly's Sewing Social on twitter, though - if you want to join in, I'm @dolly_clackett and you can catch us between 8pm and 9pm BST with the hashtag #sewingsocial. Have a good evening, everyone!
Posted by Roisin Muldoon