That's best quality parachute panelling that is! They go berserk when they see my string vest through that.

Afternoon all! When I left you all on Sunday, I was about to get ready to go to a wedding and we were in the midst of a hailstorm. Thankfully after about half an hour the sun came back out, and we got our glad rags on and headed out. 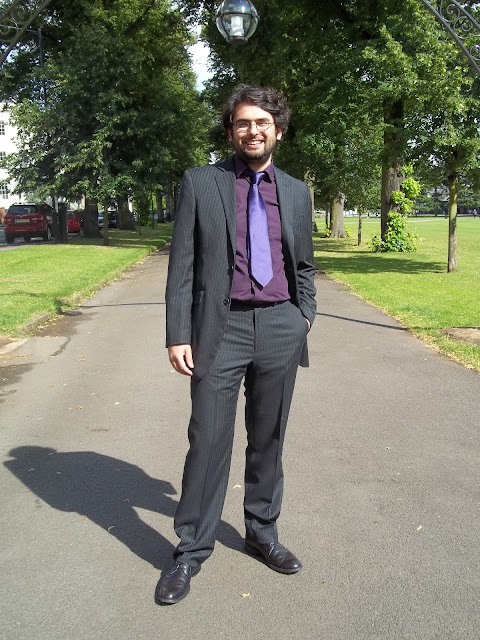 I'll never, ever get tired of seeing Nic in a suit 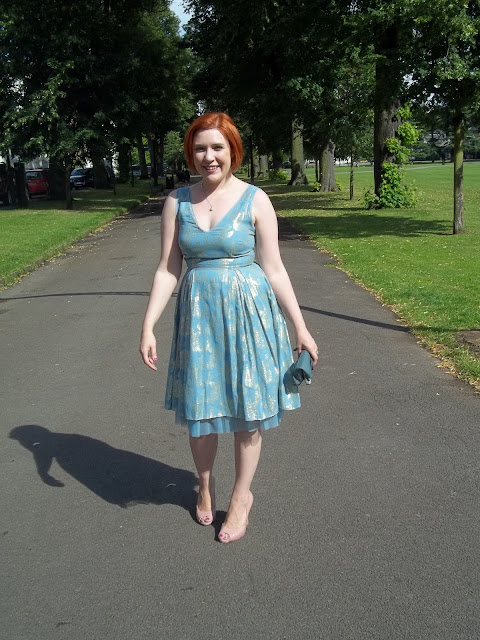 This isn't actually what I had planned to wear to the wedding but, after wanting this dress for years it finally showed up on ebay both in my size and in my el cheapo budget. It arrived last week and I thought a wedding would make a good outing for it. The bright sunlight kind of bleaches out the detail but it's covered in a fine gold print. I wore the shoes partly to see how they would hold up to a long wedding day - I'm going to be wearing them when I'm bridesmaid at my sister's wedding in a few weeks' time. The good news is that they were absolutely grand, so hurrah!

The wedding we were attending was Nic's former housemate Adam and his beautiful lady, Helene. It was held at nearby Wethele Manor and was the first wedding I've been to where the ceremony was held outside: 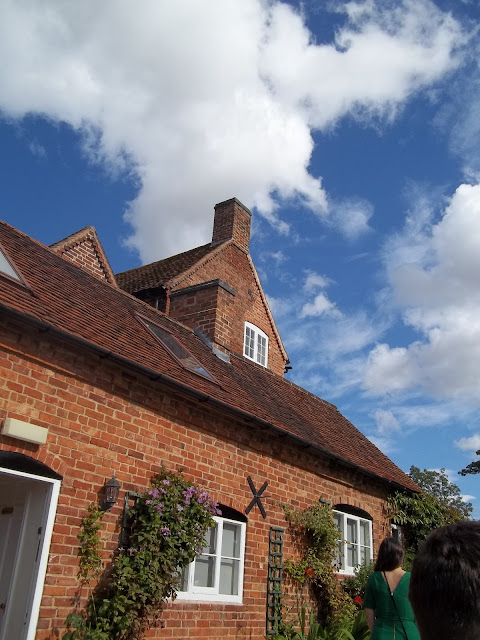 The groom and best man (another of Nic's old housemates) looked extremely smart: 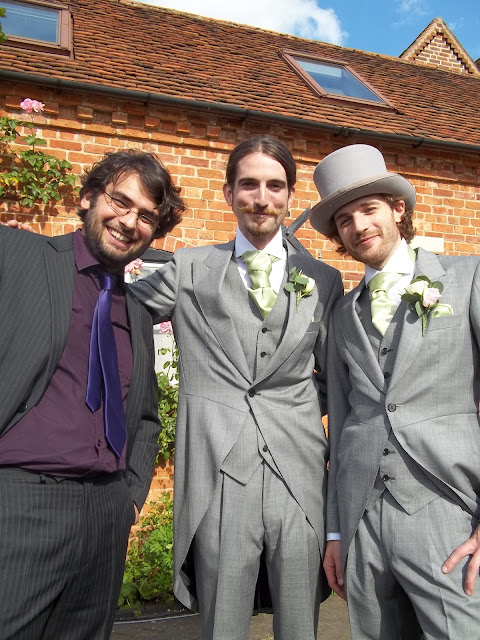 The civil ceremony was intimate and beautiful, and the wedding itself had so many really special touches. As Adam and Helene said their vows, swallows flew overhead - it was really special: 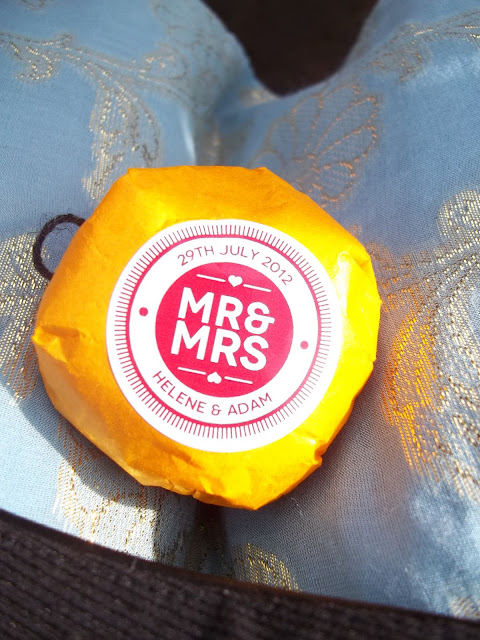 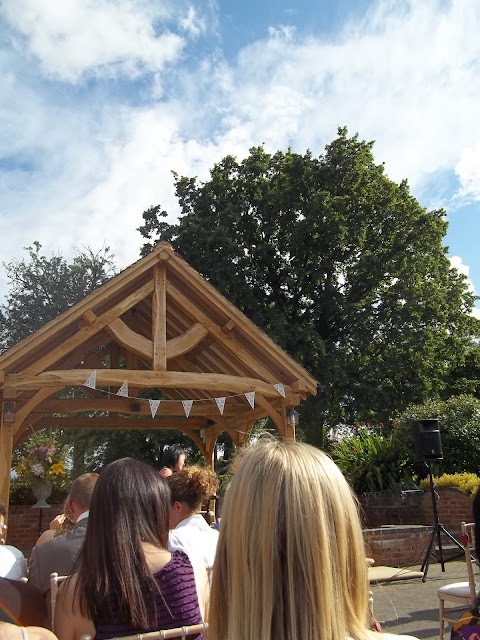 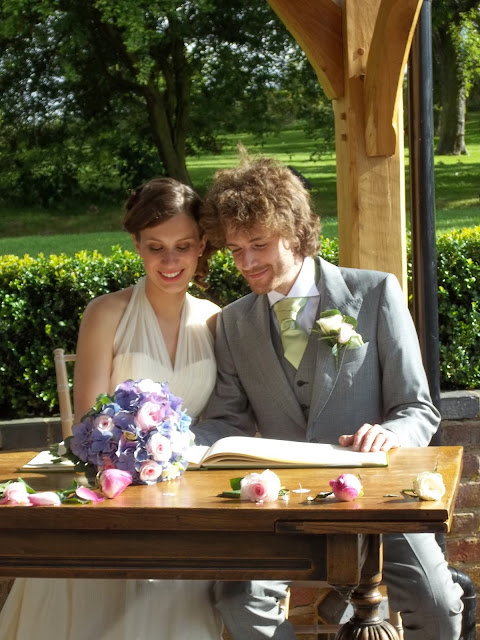 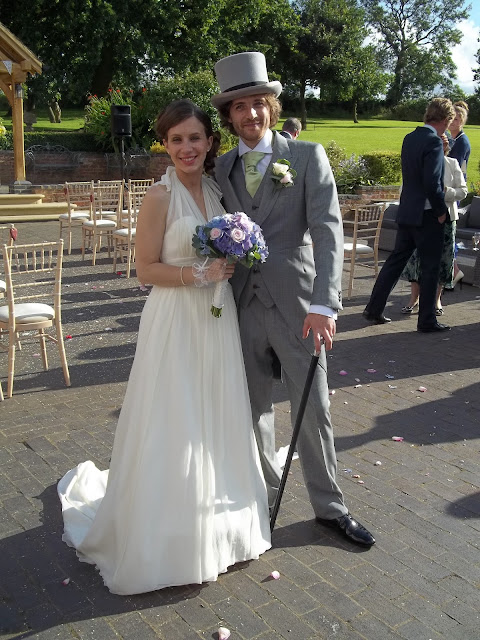 The bride and groom

After the ceremony we all headed over to nearby Stratford Upon Avon for the reception. We got drinks in The Dirty Duck and the guests gathered on the riverbank: 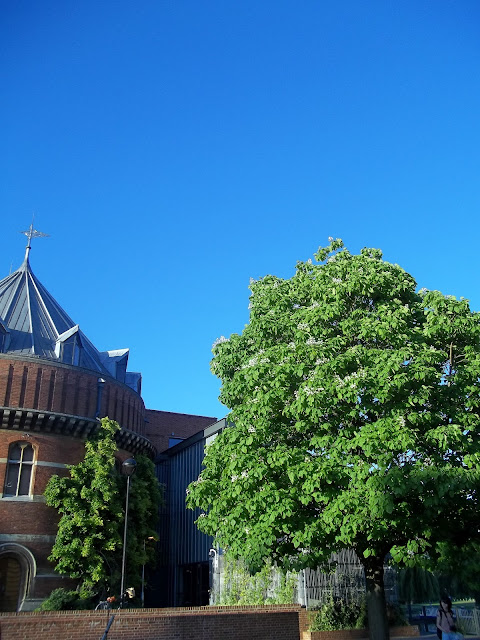 The RSC - well, this is actually the smaller Swan Theatre 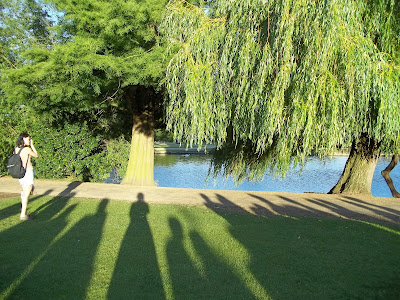 The Avon... and the shadows of the guests awaiting the happy couple

Adam and Helene made a fabulous entrance.... by boat! 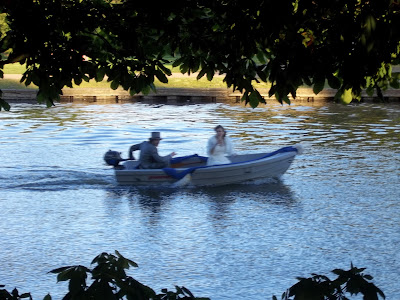 Sorry about the blur.... they were moving very fast! 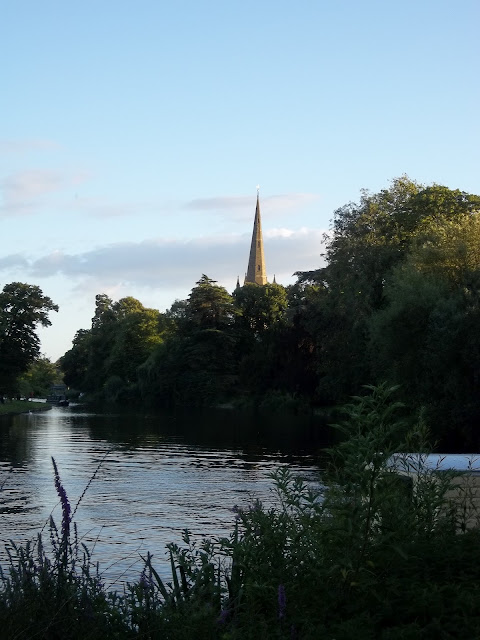 One last one, of dusk over the Avon

The wedding breakfast was held in a nearby hotel, and soon it was time for Nic and me to take our weary selves home. It was a really beautiful day - the wedding was so moving and so much fun - it really felt like Adam and Helene and it was marked by their happiness. It was wonderful!

So, that was Sunday. So far this week has mainly been rain and finance stuff at work... but stay tuned, because later in the week I'll show you some sewing. Until then, my dears, I'll leave you with a final picture of the happy couple... 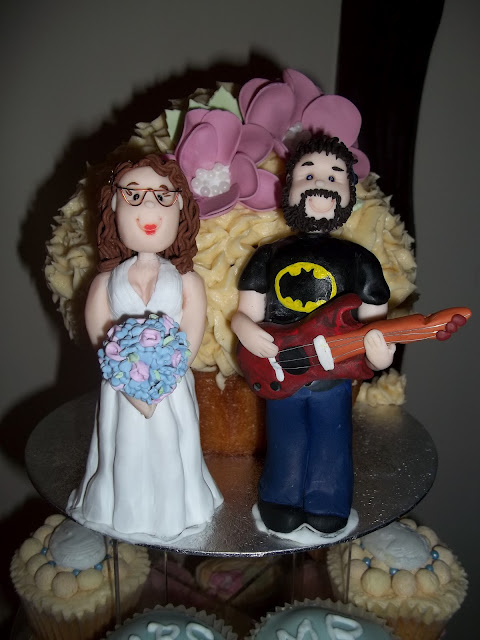