Well this is going back. On the commerical, they cleaned the mud off a hippopotamus!

Hola lovers! So, right now I'm enjoying a very lovely (if rainy) day off, and soon Nic and I are away out for cocktails and dinner with friends. Hurrah! The reason for our celebration is that yesterday was Nic's PhD graduation, and it was such a wonderful day! He actually finished and handed in his thesis last September, and had his viva in January, but yesterday was the formal recognition that his doctorate had been completed. After the dreadful weather we've been having over the past few weeks, I was relieved to see that the forecast was a bit better and thankfully Wednesday dawned dry and warm. The ceremony was at half four, but we got our glad rags on and got onto campus early for the drinks reception being held in the Film Studies department: 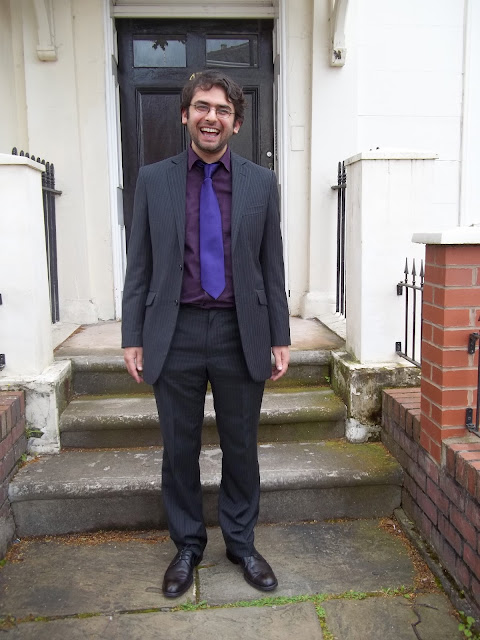 Here's Nic in his suit, in my outfit shot spot. If you're interested, the suit, tie and shoes are from Marks and Spencer, and I think the shirt is from Tesco.

A number of our good friends were also graduating yesterday so it was an extra special day, and the reception at the Film Studies department was a lot of fun. Nic and I met on the undergraduate Film and Literature studies course and, although the department itself has moved location in the intervening years, it always feels very special to me to visit. The department had laid on champagne, cake and soft drinks and it was so wonderful to drink champagne in the sunshine with friends! 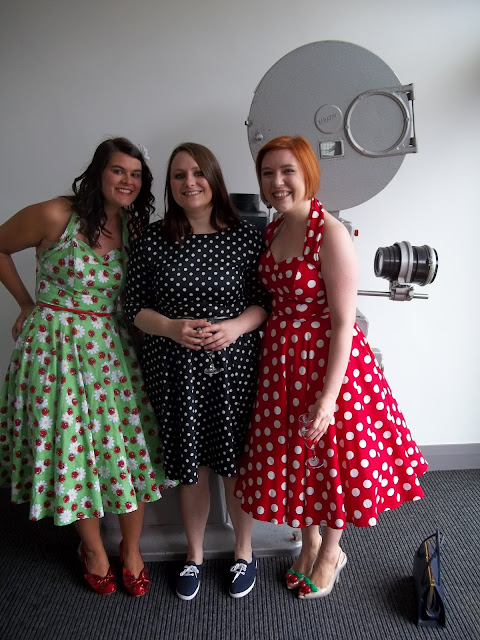 Here I am with Lauren and Dr Hannah Andrews - that's a film projector we're standing in front of! I'm wearing my beautiful Vivien of Holloway halterneck circle dress and Vivienne Westwood for Melissa Lady Dragon shoes 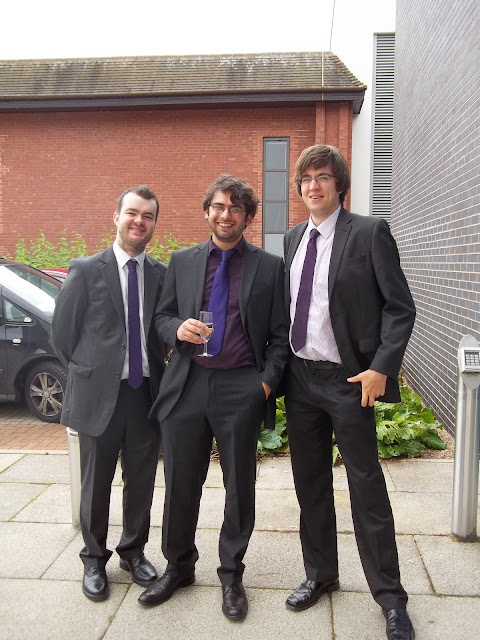 The boys were all accidentally co-ordinated in purple! Greg, Dr Nicolas Pillai and Dr Richard Wallace 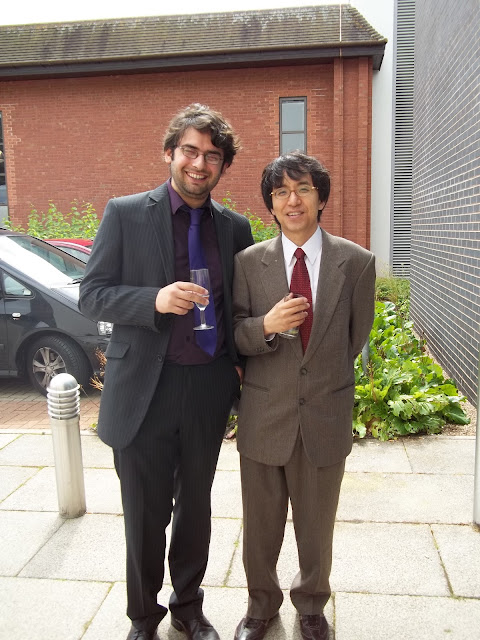 I had rather a lot of champagne. It was there, I was in a celebratory mood, the sun was shining and I was not in work! What is more decadant than drinking champagne and eating chocolate cake before noon? NOTHING. 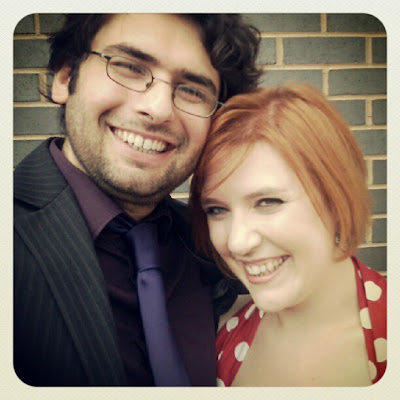 We retired to a nearby pub for lunch, although after all the champagne and chocolate cake I wasn't really fit to eat my nachos! It was a really good way to spend the time between the reception and the ceremony. The doctors had to be on campus early to get dressed in their robes and register for graduation, and as there were three graduation ceremonies that day, the Arts Centre was awash with graduands. Nic hadn't initially been sure if he'd attend his graduation as his parents were unable to attend, but one of the things that helped to persuade him was the fact that the hat you get for a postgraduate ceremony is so much cooler than a mortarboard: 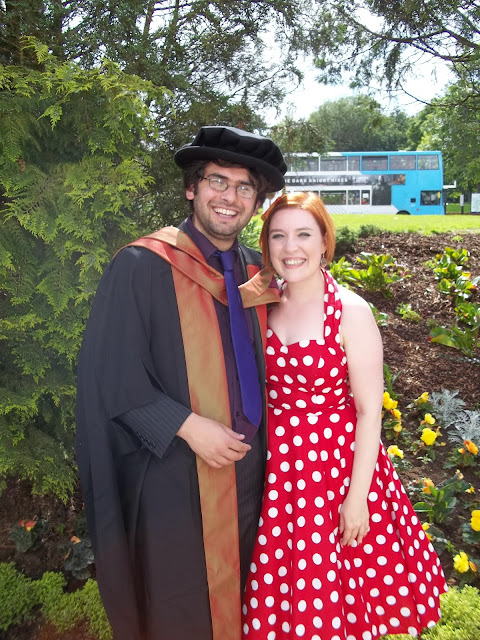 There was a fair bit of waiting around, and I took about twelfty million and three photographs. I obviously won't share them all with you, but I do love this one of me and Lauren: 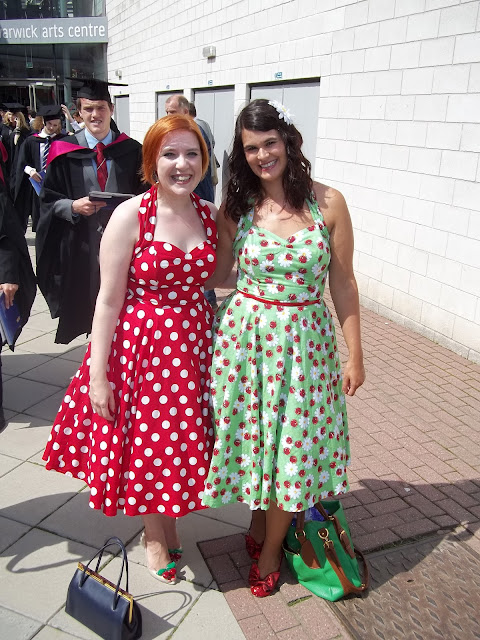 The ceremony started at half four and lasted for around an hour and a half. It was grand - obviously the highlight was seeing Nic and our friends cross the stage to collect their certificates. Sadly the VC's speech seemed just to be an extended advertisement for the benefits of joining the Alumni society. The actor David Bradley - best known as Argus Filch in the Harry Potter films - received an honorary doctorate too, and his speech was a highlight. I was glad to get out of the hall and into the last of the sunshine: 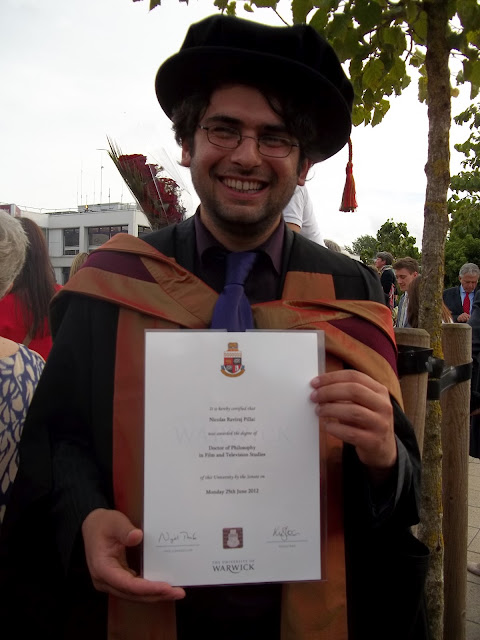 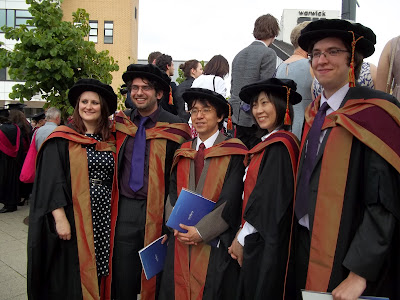 After a few drinks with friends, it was time for us to head home - we were both far too tired to go out, so had dinner and went to bed early to watch Line of Duty on the BBC iplayer! The beautiful evening was a fitting end to a wonderful day: 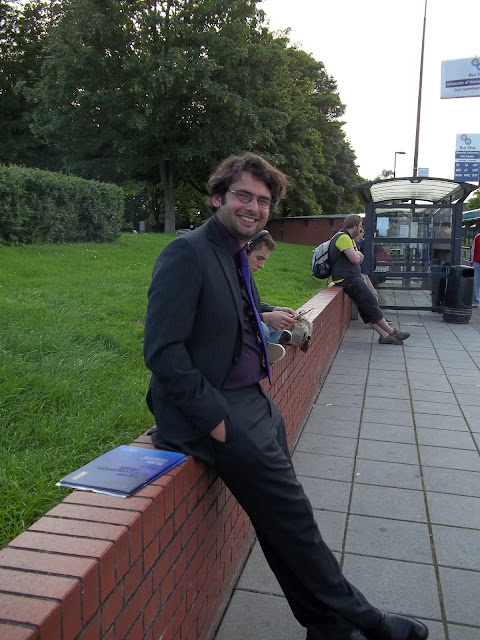 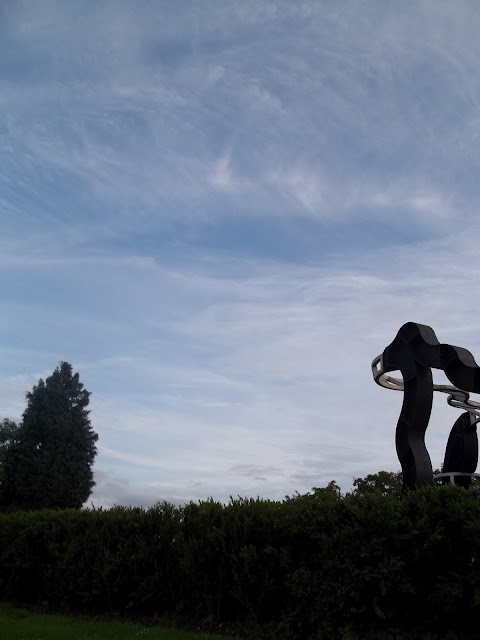 It really was a wonderful day. I try not to get too soppy on here about Nic, but I can't express how proud I am of what he's achieved and yesterday was a beautiful day for that reason. He has worked so hard and I'm honestly full of admiration for him, as well as filled with love. The day celebrated four years of hard work and it's something that only a few people achieve, and it was really something to share it with so many good friends. Here's to you, class of 2012! 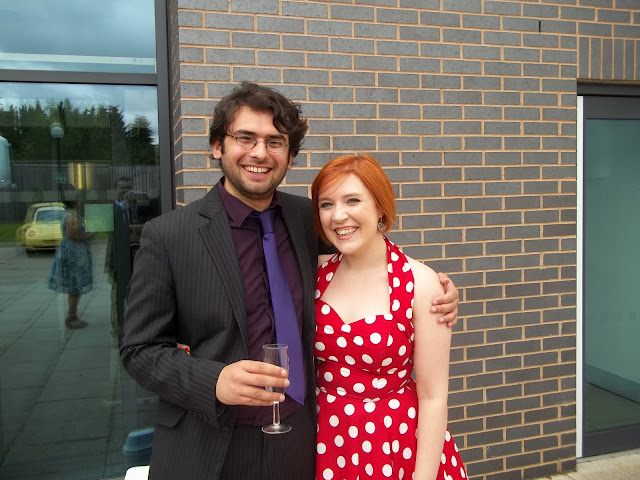 Check out my handsome Doctor boyfriend... 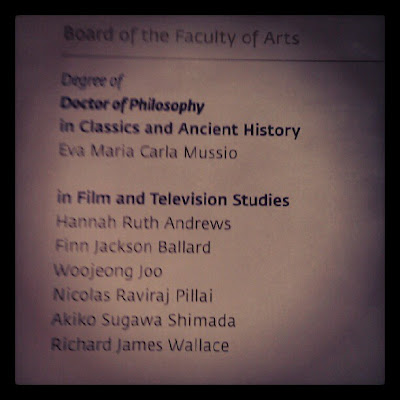 Congratulations, Class of 2012 - you're all amazing!
Posted by Roisin Muldoon