First you take a hot dog, stuff it with some jack cheese, fold it in a pizza... You got cheesy blasters!

Evening dudes! I hope everyone is doing all right this weekend. I'm grand, but I've had a persistent and annoying headache for the past few days and, while the migraine stuff is stopping it from becoming unbearable, it does make me feel a bit spaced out. It is better than the alternative though, to be fair!

Still, one good thing has been that the weather has finally started being nice. Last weekend, Nic and I spent Saturday morning on a walk over to nearby Warwick to go to the market and to stretch our legs. We got caught in a shower of rain en route and on the walk home, but for the most part it was gorgeous to be walking in the sunshine. Warwick is only a few miles from us, far enough away for the walk to be energetic but near enough not to discourage me from walking home. It's pretty perfect when you factor in how picturesque it is! As the sun was shining, I wore one of my (surprisingly few) summer-only dresss. I love this dress, but we don't often get good enough weather to wear it: 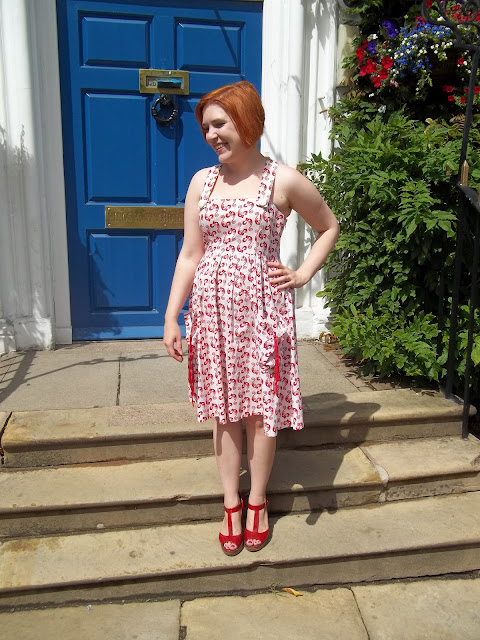 So obviously this dress is twee as fuck, but I really love the print: 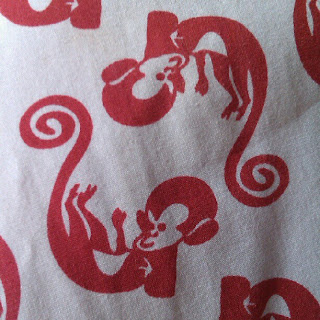 Last Saturday already feels like forever ago, so I'll leave you with one picture of pretty Warwick: 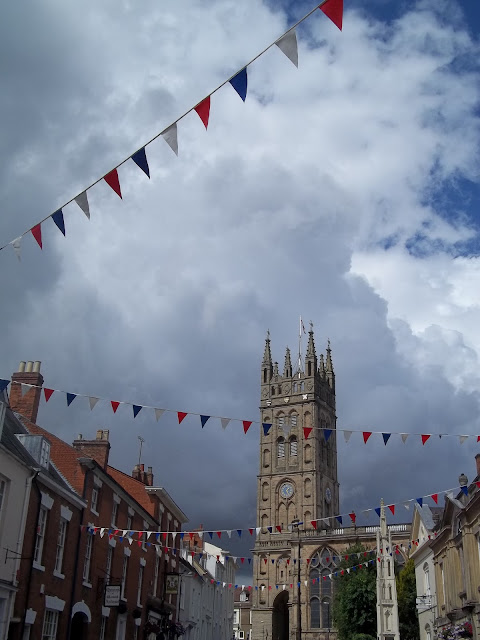 The past week has gone by in a blur - I've mainly been working and scaring myself silly by re-reading Stephen King's It. It's not a good idea to read this book on the commute when your walk from the station to the office takes you through a series of creepy underpasses. The other scary thing I have been doing is hemming my bridesmaid dress - my first time working with chiffon and I had to take about 7 centimetres off the hem. I felt pretty sick cutting into the hem of that! It's all done now and I'm fairly sure there isn't much chiffon in my sewing near-future.

This weekend has been pretty chilled out. I worked from home on Friday and, as I'd been indoors all day, Nic suggested that we take our dinner down to nearby Victoria Park. Leamington was looking particularly beautiful in the sunshine: 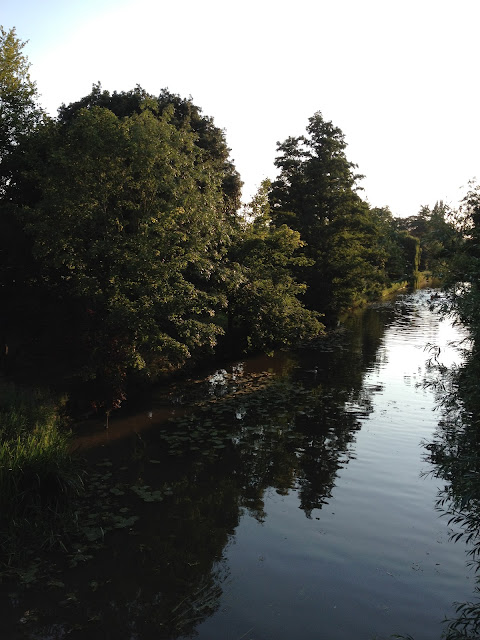 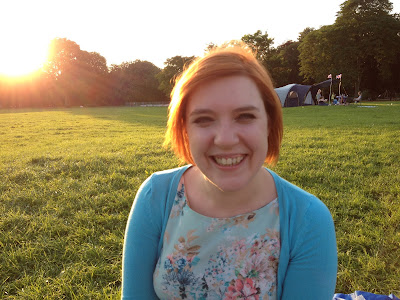 This got the weekend off to a cracking start, I must say. On Saturday morning I met my friends HayleyJayney and Hannah for a cup of tea in a new tea room in Leamington, Vinteas on Park Street. My initial reaction to this cafe was less than positive, because I actually kind of hate the word 'vintage' and how can a tea room be vintage? Actually, I stand by that. The name is stupid. But the cafe itself is really very nice indeed, and of course it's good to see another independent opening in Leamington, which has chain restaurants and cafes out the wazoo. The premises is just a shop unit but they have done something really special with the interior and it's a light and welcoming place. It is extraordinarily twee, but it seems to fit. I had a cafetiere of coffee and some Victoria Sponge: 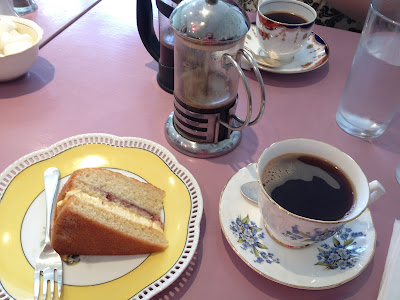 The coffee was excellent. The Victoria Sponge wasn't the best I'd ever had, but it was good. I'll be back - they had some amazing looking cakes and some intriguing sounding teas. And I have to admit to being charmed by some of the decor...

I can't use twee as a term of abuse, though. On Saturday I was dressed like a twee bomb exploded on me: 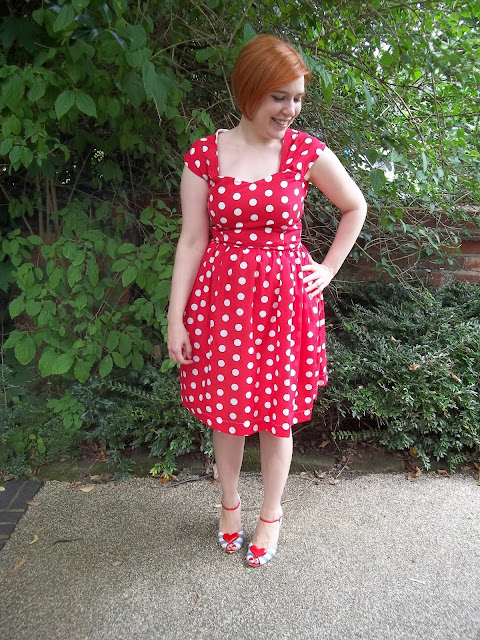 So, yes. I know. I really love this dress and I am crazy about these shoes. This is sad but I have been after these shoes since Amber featured them over at The Fashion Police in 2009. I didn't have the money to buy them then and it has taken until now for them to come up in my size on ebay. It's not even like I don't have any shoes with hearts on, but I love how kitsch these are: 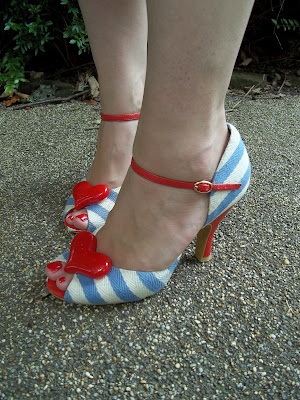 Obviously they're massively impractical because the upper is canvas but I'm sure I'll get a few more weeks out of them before the weather turns.

After lunch Nic and I went down to the Old Town, having heard that there was a street party on Clemens Street to celebrate the Old Town having secured some of the Portas Pilot funding. We wandered down thinking it'd be nice to have a look around, and were delighted to run into lots of our friends. We browsed around the various stalls, had a dance to the music, and soaked up the sun: 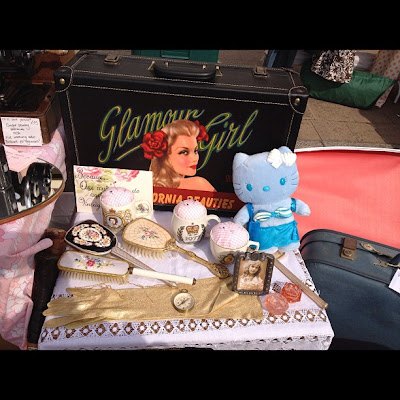 One of the many stalls selling pretty things...

The atmosphere was really special and I had a lot of fun. I love living in Leamington and feeling part of the community - the Portas Pilot funding is very exciting for South Leamington and it's going to be really interesting to see what happens next.

Today has been a very quiet one - Nic and I have mainly been reading, watching DVDs and eating. It's how Sundays are meant to be! I had a few errands to run in town and afterwards we called into another one of Leamington's new independent shops, a bagel shop called (I think) Covent Garden Bagels. It's in the little alleyway between the Covent Garden car park and Warwick Street. Neither of us had a bagel, but we had a drink and some cake and sat out in the sunny little courtyard. It was a delight: 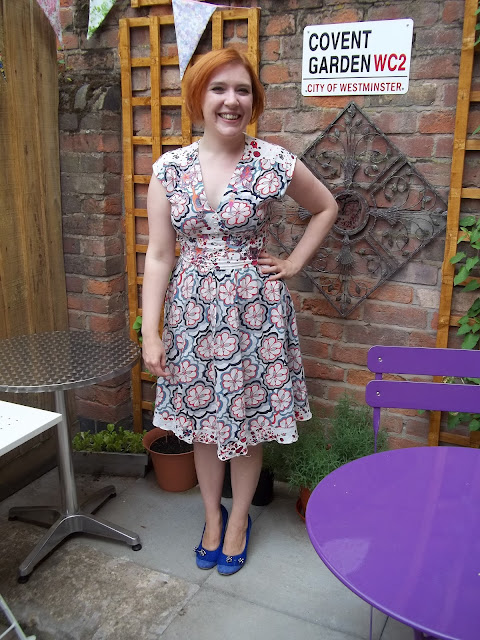 I don't wear this dress out of the house all that often - for no real reason other than it tends to be my comfort dress, I often put it on when I know I'm not going to be leaving the house because I'm not feeling so swell. Which is a shame, really, because it's a very sweet dress and one that has very many happy memories attached to it. Also, Laura Lees is very cool.

The rest of this week is going to be mainly about getting ready to go home for Baby Sister's wedding. I can't believe it's so close! So expect my next post to be mainly about eating Taytos and playing with my parents' dogs. The other thing I'm likely to be doing a lot of is dicking around with my new phone - I was due an upgrade and decided to try out an iPhone to see what all the hype is about. So far, I like it a lot and as it has that Siri thing, I predict some fun with stuff like this: 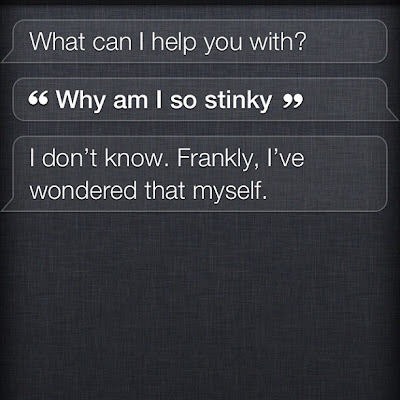 Now, I'm off. Nic is about to serve me up some halloumi for dinner. Siri didn't know that 'halloumi' was the answer to the question "What did the cheese say when it looked in the mirror?", though. It needs some work, I think.