I do look like the Arrow shirt man, I did lace up my skates professionally, and I did do a fabulous job finishing my muffin.

Hello my loves! It's my last week of work of 2012 and I am feeling very happy about that indeed. I'm just crossing my fingers and praying to the God of Antlers and Hooves that it doesn't start to snow between now and my flight home. 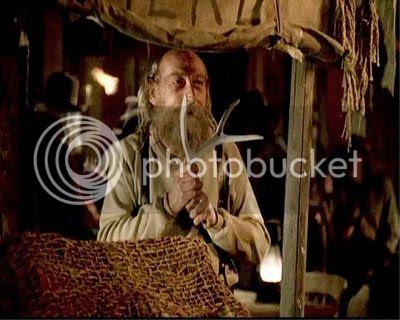 I'll mostly be doing this for the next week


Anyway, I am starting to feel very happy and festive indeed, and very excited about going back to Northern Ireland for Christmas. Last week my Dad rang me to say he was going to be coming over to Manchester for work, and he was planning to drive down and spend the weekend with us if we were free. Which we were, so he arrived with us on Friday night. This was very exciting because it's been ages since he's been able to visit, and also he's really good fun so I knew we'd have a lovely weekend. On Friday night we had dinner at home and went to bed early - he'd had a long day, and we needed to be up early on Saturday.

On Saturday, Nic was giving a talk along with his colleagues Michael and Paul, as part of the Warwick Words 'Tea Time Talks' lecture series. This was starting at four and in Warwick town, so we had the morning to ourselves before going over to Warwick to get set up. After breakfast we headed out into the sunshine to run a few errands in town and to give Daddy a bit of a tour of Leamington, which he loved. We had lunch in Stone Monkey and were joined by Paul and Michael for a coffee. I didn't get a chance to get an outfit shot, but I wore my Home Sewing is Easy dress with my Poetic Licence The Right Stripe shoes - I was very bright and colourful and so many people stopped me to talk to me about my shoes or my dress or both! This made my Dad very proud, which was so cute! 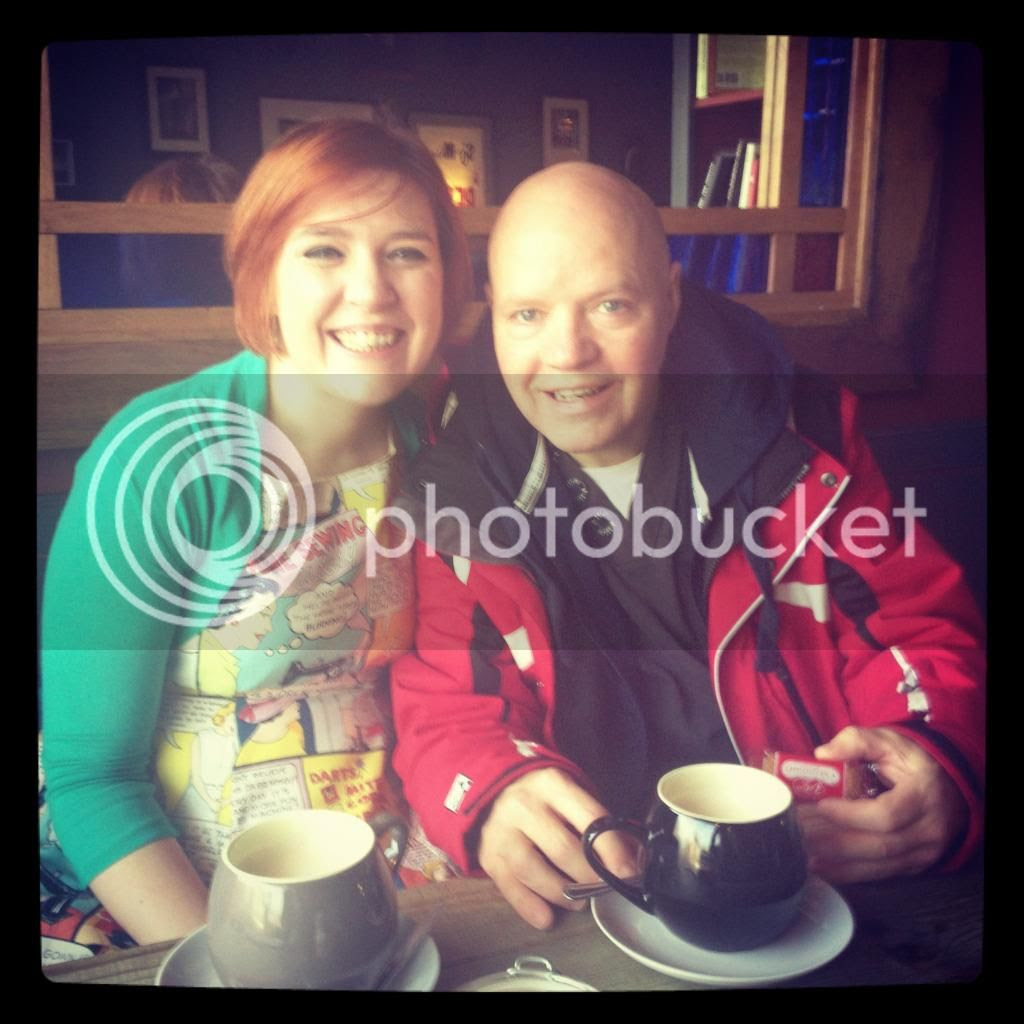 Me and Daddy in Stone Monkey

Daddy was able to drive us all over to Warwick which made life a lot easier for the boys, who had equipment to carry. Also, they were all really excited about travelling in the back of the van. Good thing really, because I was most definitely NOT doing that. 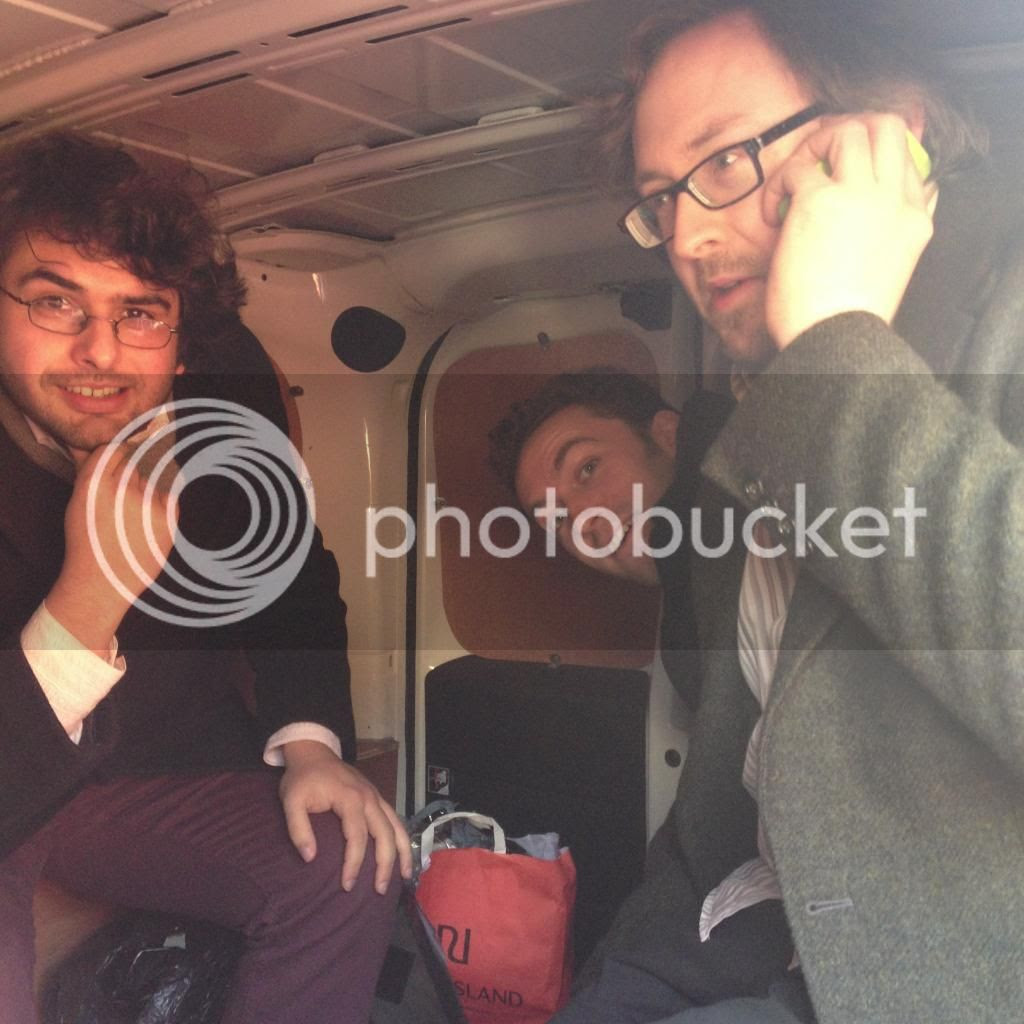 After we left the boys to get set up, Daddy and I went for a wee wander round Warwick town centre and to have a look in the market and the shops. I didn't buy anything, but Daddy was fascinated by this giant toy soldier! 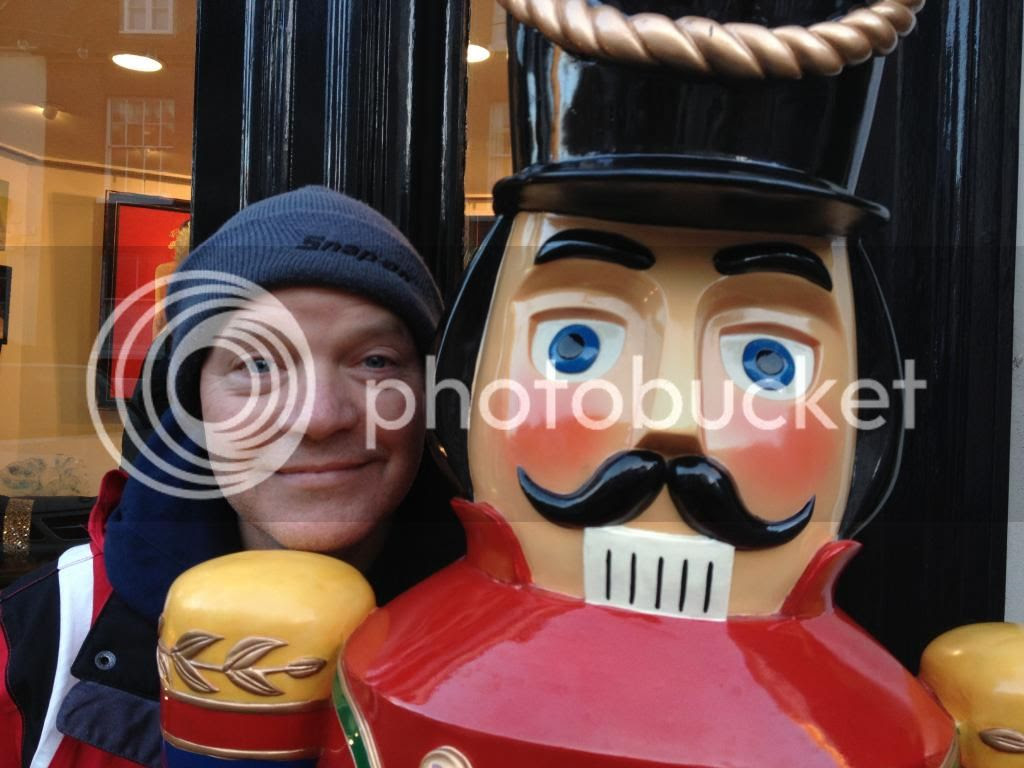 There's really no suitable caption for this photo

We got to the venue in time for a cup of tea and a biscuit before the talk, and to get front-row seats. 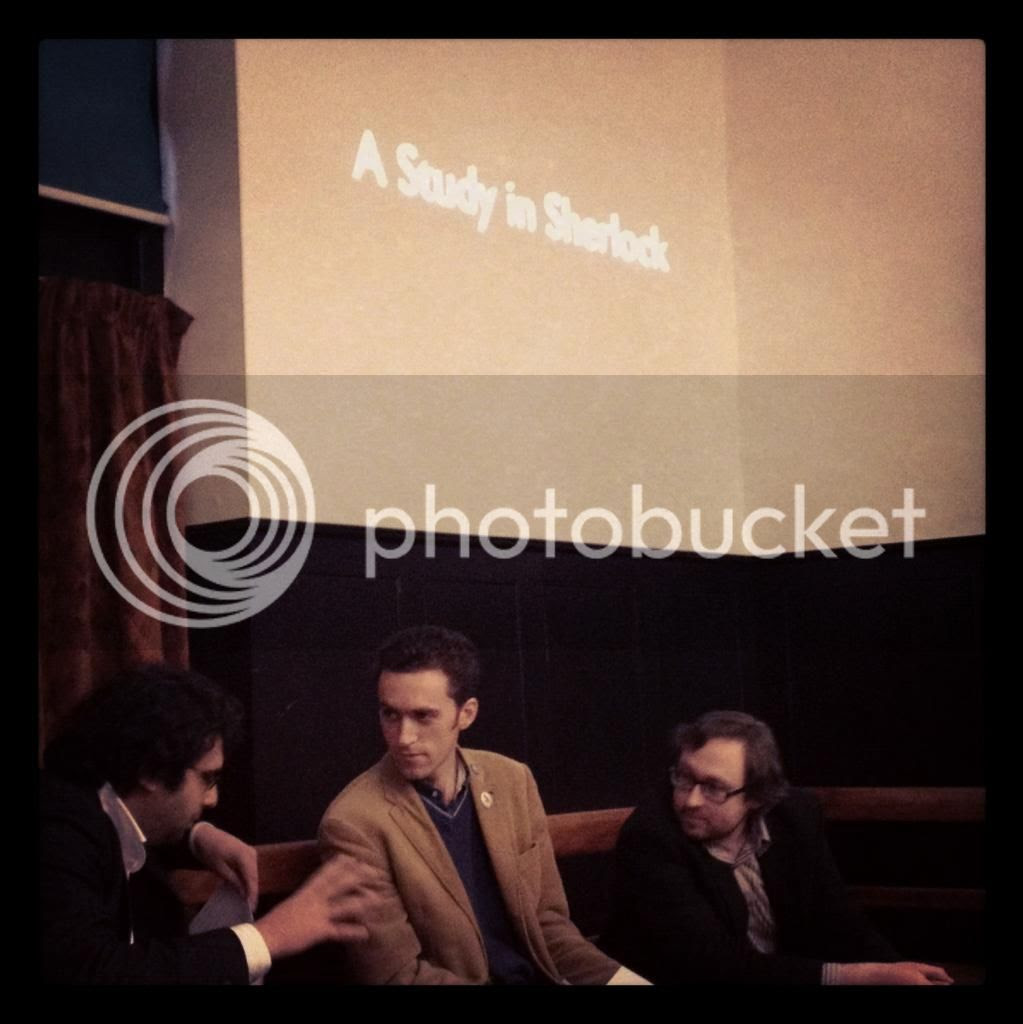 A Study in Sherlock

Nic, Michael and Paul talked for around an hour and a half about the history of adaptations of Sherlock Holmes, with clips and photos and even a snippet from a Holmes radio play. The talk was sold out and the audience seemed to really enjoy the experience - although I think, from the sighs of relief when a clip of the Jeremy Brett Holmes was screened, they were baffled by some of the more eccentric adaptations. Still, I really enjoyed the clip of Victorian London being harrassed by a giant mechanical pterodactyl in Sherlock Hound. But maybe that's just me.

After the talk there was just time for us to have a congratulatory drink together in the Star and Garter and for Daddy to explain his theory of Underfloor Heating to Michael and Paul before we headed off to Kayal. Our lovely friend Greg had just passed his phd viva so had invited us all to join him for a celebratory meal. The food was wonderful as ever and I know Daddy really enjoyed meeting some of our friends (he said to HayleyJayney as we were leaving "It was lovely listening to you.")

Daddy had to leave pretty early on Sunday morning which left me and Nic with a day to ourselves. After waving him off at the end of the road, Nic and I ran a few errands in town and did a bit of Christmas shopping. 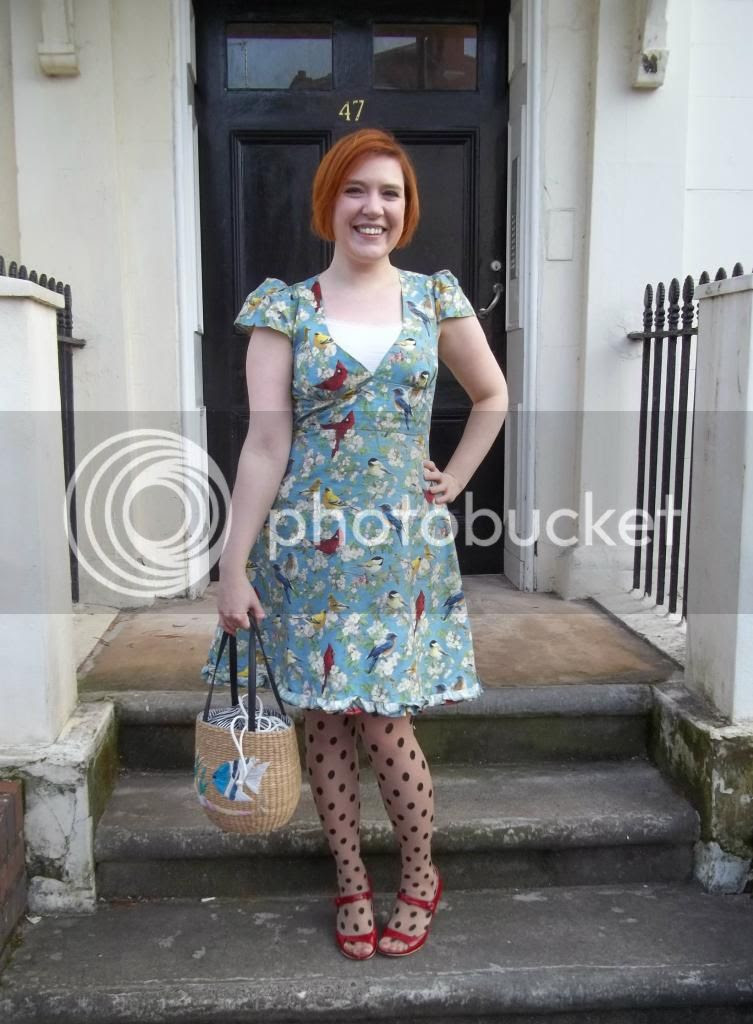 This is the Get Cutie dress I bought a few weeks ago, on sale in 52 Greek Street. I have had my eye on a dress from this fabric for a while but have never been able to afford Get Cutie prices. And, to be honest, after my experience with a previous Get Cutie dress I'm just not prepared to pay full price for one. For similar money there are other companies hand-making their clothes in the UK where the garments are of a higher quality (Vivien of Holloway and Limb, to be specific) HOWEVER, this one was on sale for £35, so fair enough. Depending on the cut of a dress I'm usually anywhere between and 8 and a 12, but there was only a size 14 left in this style in the shop. Consequently this is a little loose, especially around the bust. But actually I quite like that - it's very comfortable and it means I have room for a slip or a camisole, which is essential given the cut of the bodice. I love the fabric and the cut, and even the little flounce on the bottom. I'm thinking about getting a cotton petticoat from House of Olivier to wear underneath this but wonder if that would be too frilly?

Anyway, after our chores were finished Nic and I put the Christmas lights on and settled in for an afternoon on the sofa, which was wonderful. The whole weekend was really special. It was an unexpected treat to have my Dad to visit and showing him round Leamington and introducing him to some of our friends really reminded me how lucky I am to live in such a lovely place, and to have such wonderful friends. And on that note, it's time for me to get down to the serious business of relaxing. I'll be back in the week though, to show you my latest sewing project!
Posted by Roisin Muldoon