We've tried to study him, of course, but he's much too sophisticated for the standard tests.

Evening all, on this dismal and rainy Monday! I had a super weekend, fully relaxing after a busy week. I opened the blinds yesterday morning, took one look at the torrential rain outside, and got back into bed to spend the day reading. I re-read The Silence of the Lambs by Thomas Harris, for the first time since my late teens. Ghoulish though it may seem, the film is in my top 5 (along with Jaws, 10 Rillington Place, Clueless and Short Circuit 2, not even sorry) and, having recently rewatched it, spending the day rereading the book was both enjoyable and weird. Because, there's a lot of sewing in the book. There are lots of detailed passages about construction, and about fitting and that's odd to read. Because, it's like "Hmmm. This is relevant to my interests.... 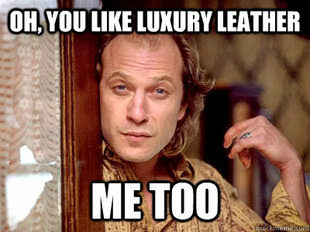 I am endlessly amused by the sewing that you see in the film. In Jame Gumb's sewing room/lair, there's a bed covered with a swastika quilt. I can't help but get the giggles when I think of some local quilter in Pittsburgh being asked to make a swastika quilt to be in the film. But maybe that's just me.

Anyway, yeah. Some sewing that is not, you know, human skin related. I've been sewing again with Simplicity 2444. Not even sorry; I love that pattern. As with the Passage Over Piedmont dress, I made this with some fabric I bought the last time I visited Goldhawk Road - I think at the beginning of last month. I spotted it in Classic Textiles, didn't buy it, faffed around, got some more money out, and went and bought it. At which point the lads who work there thought I was an easy mark and started trying to sell me anything. They're cute, though, so no worries. Anyway, I initially bought it with another project in mind but something about the zigzags and the diagonal darts of the 2444 bodice seemed to fit together so that's where I went with it. 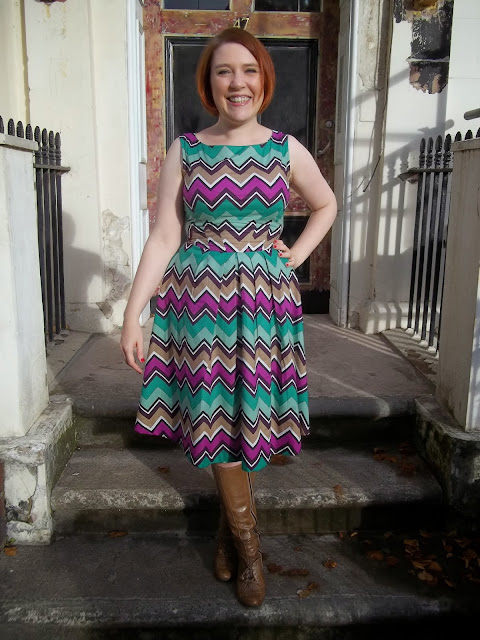 Nic and I are on a major Star Trek TNG tip at the moment, which will be obvious to anyone who follows me on twitter, and I was watching Best of Both Worlds when I was making this dress. Poor old Picard gets assimilated by the Borg, and his Borgy name is Locutus. It all works out fine in the end, kind of, but it takes him a few episodes to get over it. I think he starts to feel better after he goes to France and wrestles his brother in a vineyard.

Anyway, the dress. I made my usual modifications to the pattern and I omitted the pockets. This lawn is really light and soft and anything in inseam pockets would pull and drag, so no point. The seams are pinked, and I followed the pattern's instructions to sew the front and then the back and then sew them together. It feels weird, but it works. I did consider lining it, as the weather is getting colder, but decided   not to because I didn't want anything to change the colours and I figured I could always wear a slip with it. Bam, job done. 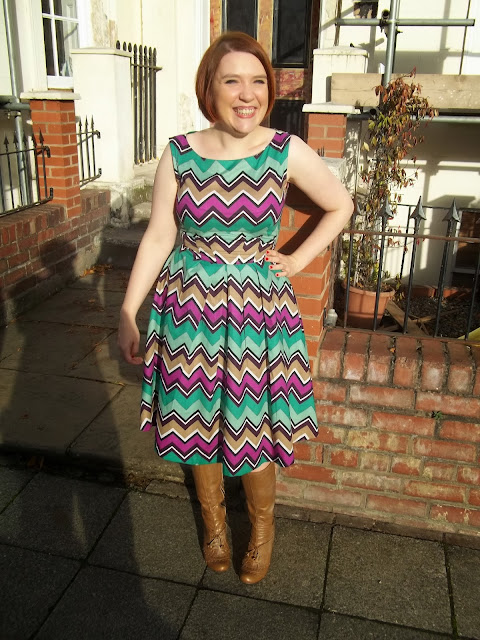 I wore this last Friday, when I was working from home. I'd had a busy day that was rendered infuriating by various IT issues, so by the end of the work day I was ready to get out for a walk and to go for a coffee, and to pretend to be Christine Cagney. 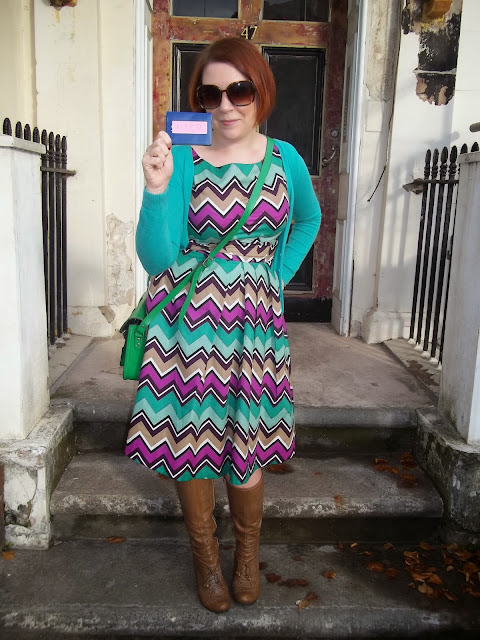 That is really an NYPD shield. It's definitely NOT an expired Young Person's Railcard with a post-it note stuck to it.

This isn't something that Christine Cagney would actually wear, I don't think. Red cord midi culottes are more Christine's style, but I don't think I could carry them off. But the colours and shapes of this dress, combined with my tan knee boots gives this whole thing a very late 70s feel. I'd blend in all right in the 14th precinct with this, I think. It's why I included the scaffolding in the pictures. It's the modern urban crime environment, and I bet Chris had to deal with scaffolding outside her loft from time to time as well.

This is not the last you'll see of Simplicity 2444 - in fact, I made another one last week. But, whatever, it's a great pattern. Now, if you'll excuse me, there are some sounds coming from the basement... 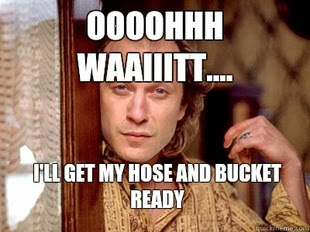