Apropos...it's Latin. You got to have a basic grasp of Latin if you're working in...Curry's.

All right, folks! It's taken me longer to get to blogging this week than I thought it would, but there you are. I'm off out to the cinema soon to see the new Hunger Games film with some friends, which should be fun. I have a horrid headache but I'm hoping that the distraction of the film will make me feel a bit better. I've had the day off work today as I've been trying to use up all of my annual leave and lieu time before the end of the year. I had planned to spend the day sewing but after doing some Christmas shopping in town, all I've wanted to do is curl up on the sofa and watch Scott and Bailey. So that's what I've been doing. I still think that's a pretty nice way to spend a day off, though.

Anyway, it's not as if taking a day off sewing is doing me any harm and, if I'm honest, I'm feeling a bit tired and uninspired at the moment. I do have a few projects to show you, as ever, some more successful than others. This one is one I'm not too sure about, to be honest... 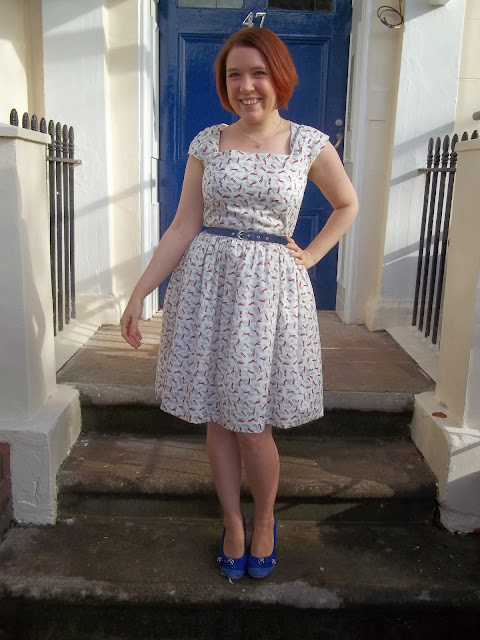 According to my computer, these photos were taken a month ago. I've been sitting on them ever since because a)I kind of hate my face in them and b)I'm still trying to decide whether or not this dress is a wadder!

But, you know, we're all friends here. I don't mind if you see my big pasty Irish face on a less good day. That's okay. I'm still not sure about the dress, though. 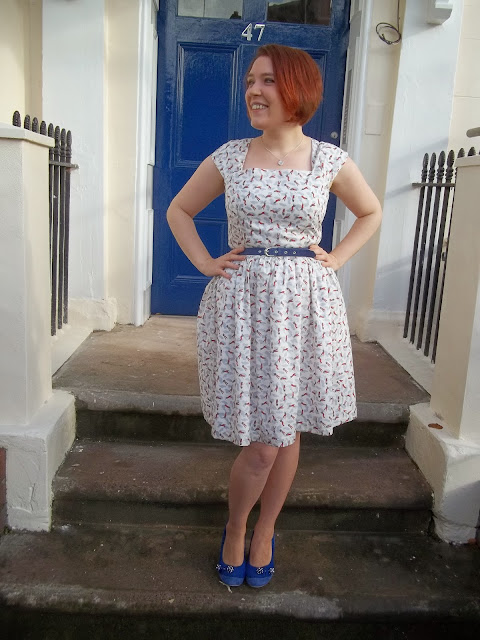 Here are the reasons for my uncertainty:


Actually, there are only those two reasons, but I think they're pretty significant. On the day I wore this last month, I wore it with a navy cardigan and my navy cord jacket for people with deformed elbows: 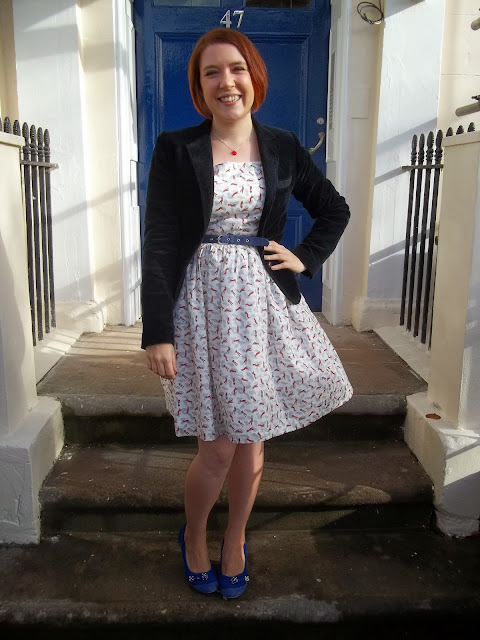 Ha ha, I look like such a twat in that photo! I kind of felt like a twat in the dress, too. Isn't that weird, considering some of the other things I make and wear?! So, I've packed it away now with my summer clothes and I'll see how I feel about it in the warmer weather. Because the fabric is cool, and it's really nicely made, and I do like the pattern. If I'm still not feeling it then, I'll give it to the charity shop.

It would be kind of a shame to have to give it away though because I'm dead pleased with the name! I bought the fabric in Barry's in Birmingham. Also, although I have less than no interest in golf (because, seriously) I do know that there's a famous golf course in Portrush, County Antrim. Portrush is also home to the amazing Barry's Amusements, famous to ALL Northern Irish children. I should warn you if you're planning to click on that link: the website makes it look far better than it is. 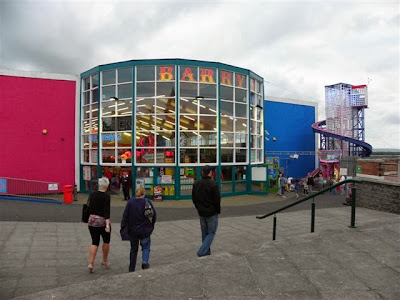 This photo really, really makes me laugh. This is your standard summer in Northern Ireland. It does make me feel really nostalgic, though, and very excited about going home for a few weeks for the holidays. It's not like we'll go to Barry's or anything, but I promise you that all of Northern Ireland is this excellent. 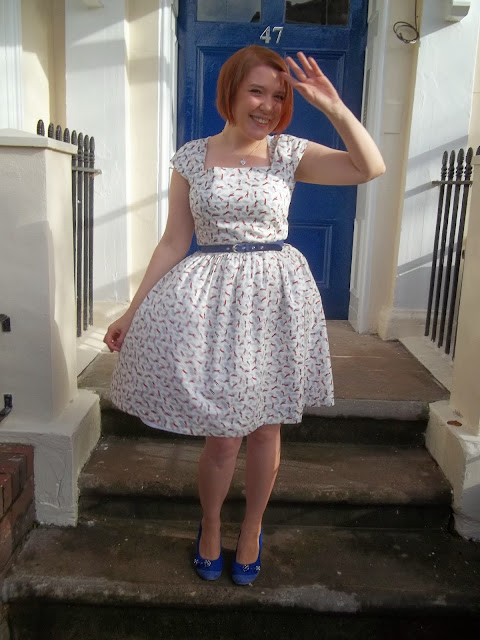 Anyway, that's the craic with the Barry's dress. Actually, I do like it better now I've looked properly at the photos of it, so it might survive a wardrobe cull in the spring. Who knows. In any case, I'm pretty chilled out at this stage about less than successful projects. I enjoyed sewing this dress, and that's what really matters to me, to be honest. Even if I don't completely love the finished object - although, in fairness, that's rare - the process of making is really enjoyable and that's one of the reasons why I do it. I do need to learn to step away from the pale fabrics, though. My base colour is pale blue. You'd think I'd know that by now!

I'd better dash, anyway. I have to go and put on a few layers to combat the ridiculous air conditioning that they always have on in the cinema, and then head to the cinema. See you cats round the way.
Posted by Roisin Muldoon