TAKE THIS LUMP OF SUGAR BABY YOU KNOW YOU WANT IT.

HAPPY 2014 EVERYONE! I hope everyone spent last night in a manner of their own choosing and that 2014 holds lots of promise for you all. I stayed in with Nic, my parents, my sister and a few bottles of champagne and some rum. It was a lot of fun and a very late night. I was feeling rather delicate when I woke up this morning, but after going back to bed for a restorative two-hour nap followed by a gallon of tea and some toast, I feel basically human again. It's not that often now that I get drunk enough to have a rotten hangover so I can't even resent it. And as the weather is so shitty outside and we have no plans to go anywhere or do anything, it's no hardship. Not a bad way to start the new year, in fact!

Although we didn't go out last night, it's still nice to get dressed up for a party and I had brought one dress home with me with that exact purpose in mind. I bought this on ebay a few weeks ago, after wanting it for ages, and I got it for less than half of what I had budgeted for it. Woot! 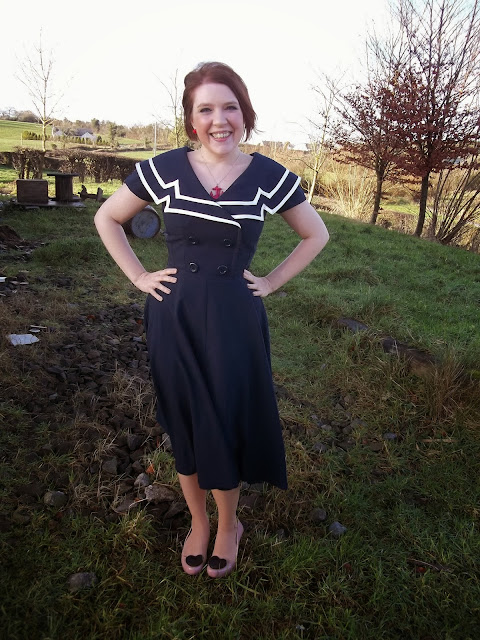 Don't you love the scenic backdrop I chose?! It's been so stormy here over the last few weeks that everywhere looks kind of a mess, and I don't have my usual front step to pose on. Oh well. This dress might look familiar, and that's because I kind of already have it. It comes in a pencil skirt version as well, which I bought a few years ago. It doesn't get as much wear as maybe it ought to because it's very fitted, so it's not at all practical for anything other than occasion wear - I've worn it to two weddings and to a few parties. It makes me a bit sad that I don't wear it more often because I really love that big old collar detail. So, I'm very happy to have the circle skirt version of it as well.

I do actually have a sewing pattern that sort of could have done the job of making my own version of this dress - a cute Retro Butterick number that has been in my stash for an age: 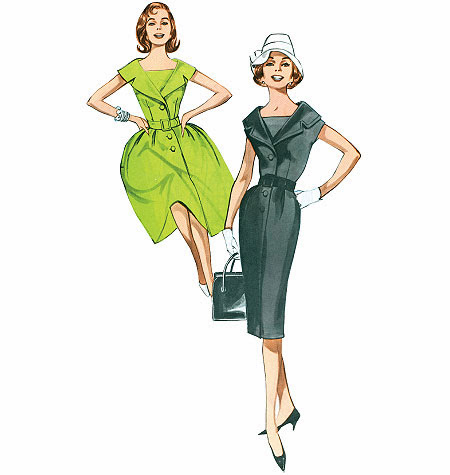 It's not exactly the same - there is only one row of buttons, rather than two, and it does have that detachable dickey thing. Still, the notched collar is basically the same. If you want proof of how cute this dress is made up, check out Julia Bobbins' amazing version. Ugh. She's so talented I can't stand it. Anyway - as this dress was so cheap on ebay, it worked out easier than making my own. I love sewing, but sometimes it's nice to just buy the dress. 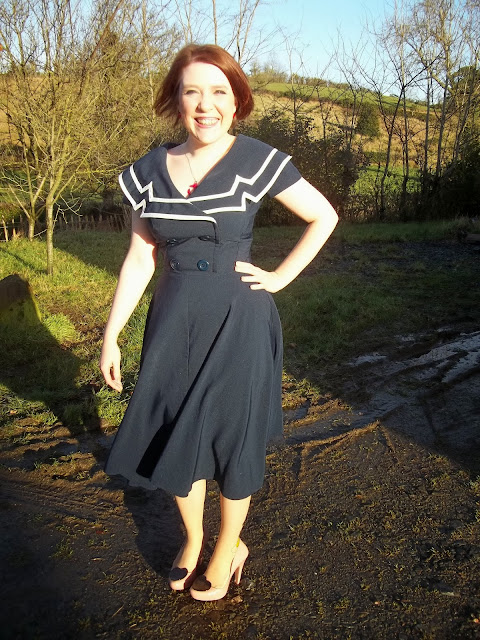 I did have red shoes to wear with this dress, but the plastic shoes seemed more sensible in the mud!

The other thing I'd been saving to wear on New Year's Eve was a pair of tights I'd bought when Nic and I were in Cardiff at the start of November. I still hate wearing tights and there has been a dearth of cool tights available to buy this year, so I sort of wish I'd bought a few pairs of these to stock up. They're from Primark, and you have to admit they're pretty cool: 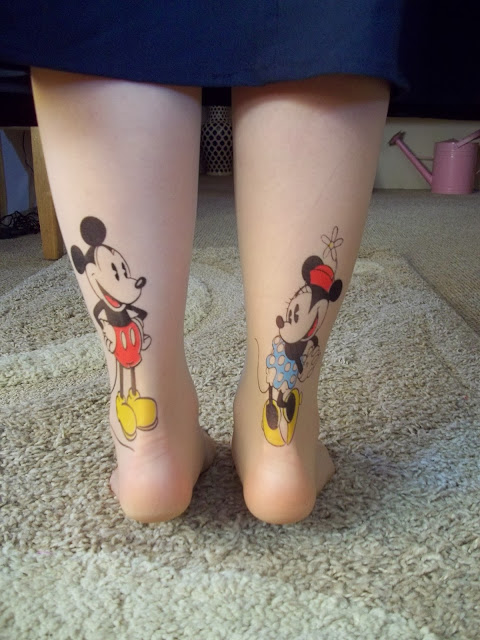 I had a great night last night, and even though we didn't go out, I am glad I got dressed up. I did have to spend about an hour this morning getting the dog hair off my lovely dress though, because Mini stuck to me like glue all evening. 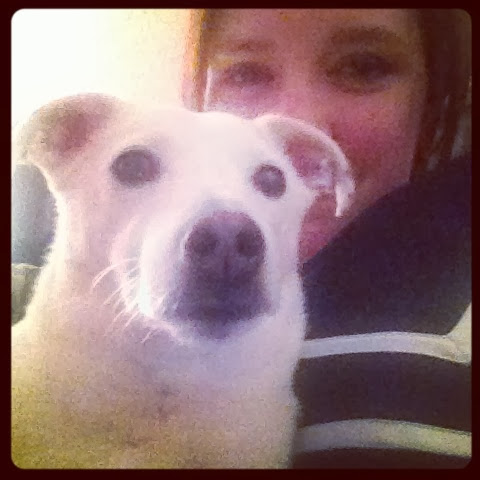 The scene in our house at 3 o'clock this morning

The other thing I did yesterday was to block my first hand-knit cardigan. I finished it on the 30th so managed to squeak it in along with my 2013 makes - bringing my total to 68! Knitting is something I've been wanting to get into for ages. I've been able to knit for a while but only in the most basic way and following a knitting pattern and learning lots of new stitches felt like it would be totally beyond me. I had some encouragement from my lovely friend Char, who is never to be seen without her knitting needles. I bought myself some circular needles and some yarn before I came home for Christmas, and once I got home I got down to trying to decipher the Miette pattern by Andi Satterlund. It's aimed at beginners but it's still pretty challenging, and I had to rip out and re-start it more times than I care to remember. Then once I got started, I had to rip out and re-do many mistakes. I became very good at doing that! The finished article is very far from perfect, but it's wearable and I think it's a creditable first attempt. It's still blocking away so I don't have a photo of me wearing it, but here it is pre-blocking: 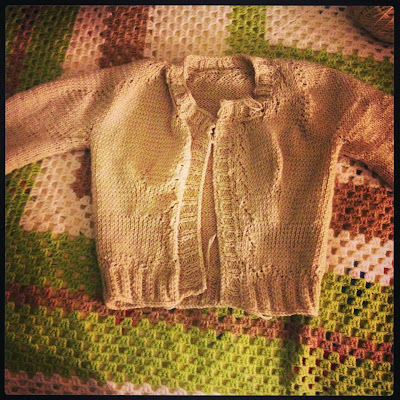 My finished Miette! It's sitting on a fab giant granny square blanket that my mum crocheted for my bed.

I'm so happy that I got over my mental block about being able to follow a knitting pattern. It's weird but it is just something I thought I wouldn't be able to do. But then I reasoned that a few years ago I felt that way about dressmaking, and now I wear clothes I've made more often than not - and why should knitting be any different? Also, you know, it's hard to find cardigans that are just right, so being able to knit my own would come in very handy. When I get back to Leamington, I'm going to buy some navy yarn and go for Miette Mark 2, I think!

Right. That's me for this afternoon. My brother and sister are bringing their respective new babies round this evening and I need to go and have a nap to build up the energy for that. Happy new year, my lovelies!
Posted by Roisin Muldoon