And take someone who can open doors with their head! Take Mitch!

Oh! What's up? It's all good here: cold and wet, and I have a cold. Only a head cold, and not enough to keep me off work, but certainly enough to make me feel utterly wretched. And then last night, Nic and I watched the episode of Fringe called 'Bound', in which people are infected with giant, slug-shaped cold virus monster things... 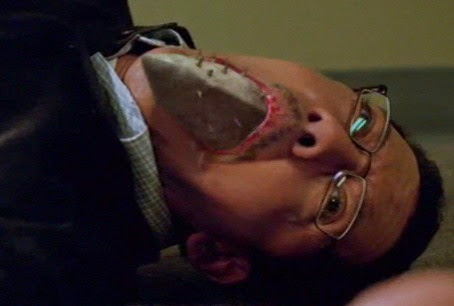 So yeah, that's been my week so far. Ah it's all good, though. I had a lovely weekend, and things are good. It's only a cold and not - I hope - giant spiky cold virus slug things. Winning, right?

The rain has been relentless, so here are some photos from the weekend before last, when the sun was shining and Nic and I were in Northern Ireland. On the Saturday, we took the bus to Belfast for a potter around the city and so that I could catch up with Kerry. One of our favourite things to do in Belfast is to have a walk in the Botanic Gardens, so I took the opportunity to have some photos taken of a recent sewing project. 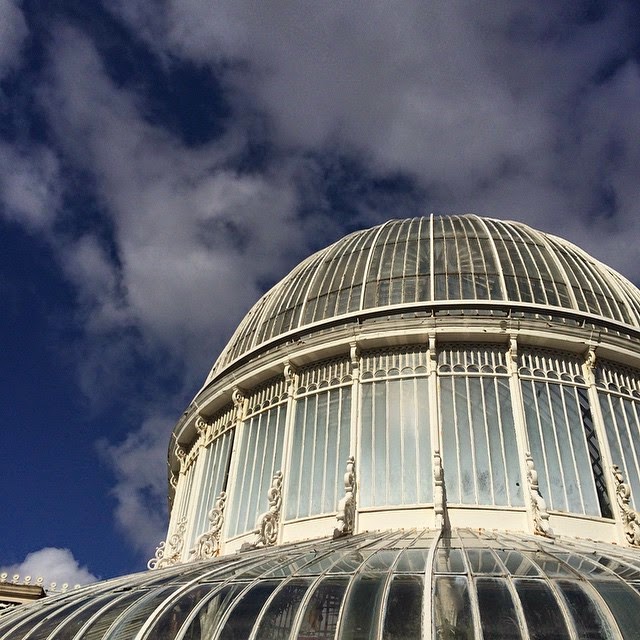 A few weeks ago, after I had heard from employee services that I had been invited to interview for a promotion, I decided to make a dress to wear to the interview. Also, sewing helped take my mind off the stress of preparing for the interview! I had some beautiful fabric in my stash, which coincidentally I had bought with a voucher I had won at work. I had enough to make an Emery dress, and that's what I felt like sewing. 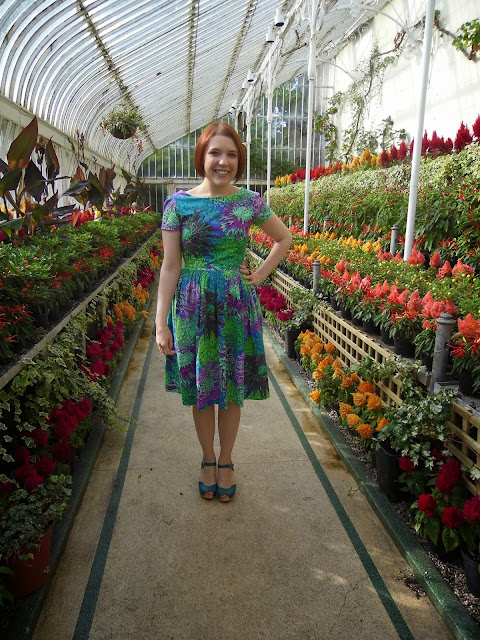 The fabric is 'Japanese Chrysanthemums' by Philip Jacobs for Westminster Fabrics, and I bought it in House of Fraser in Birmingham. It was on the sale table for £7 a metre, and it was such a bargain! I suppose technically it's a quilting cotton, but it has the hand and weight of a lawn. It's really beautiful quality and I will be looking closely at any other Westminster Fabrics cottons I come across.

Anyway - not too much to say about the sewing of this dress. I didn't do anything different to any of my other hundred and seventy three Emery dresses but the fit is a bit different in the upper part of the bodice here, for some reason. It's nothing major, and it's down to the fabric as much as anything else, I think. 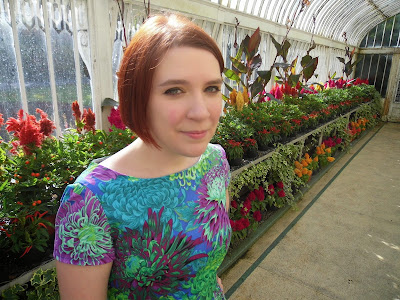 BRB BEING ALL SERIOUS HERE

Because of the scale of the print, it was kind of impossible to avoid getting Chrysanthemum Boobs. On the plus side, I may have found a new twitter handle! I love the print and the colours, and although I bought this fabric just because it was there, on sale and I had a voucher, I really love the finished dress. It was a good one to wear to my interview - a bit more subdued than my usual dresses, but still colourful and smart. 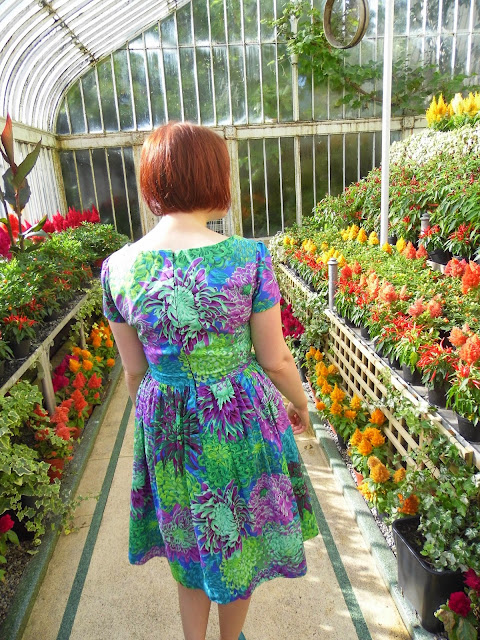 Back dorp! I was pretending to walk here. I mean, I was ACTUALLY walking, but I was still pretending to? Blogging is fucking weird, when you think about it. But do you like my pattern matching across the back? YEAH BOI.

Anyway, that's the craic with the dress. It's another one that I'm sure I'll wear a fair bit when it gets (even) colder as it'll look grand with tights. That's about as far as I get with planning an autumn wardrobe, I'm afraid. Oh well. It's nice looking at these photos of a sunny day and remembering actual sun. Not that I'm melodramatic or anything.

Nic was feeling quite inspired by the lovely backdrop of the Palm House - which is a beautiful Victorian building. It's obviously on a much smaller scale than the one in Kew but it was built by the same iron-worker, Richard Turner. The above photos were taken in one of the smaller rooms and to the right of the pictures, although you can't see them, are banks of ornamental chilli plants. Anyway, apologies for the picture spam but fuck it, here goes: 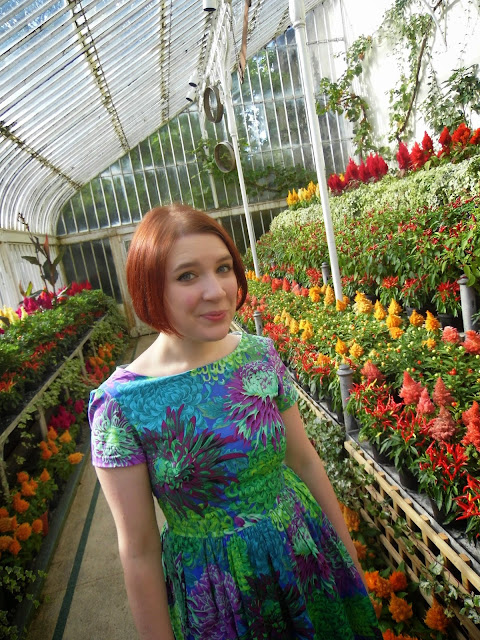 Do you like those weird little Silurian-looking plants? Because it's not clear if I do. 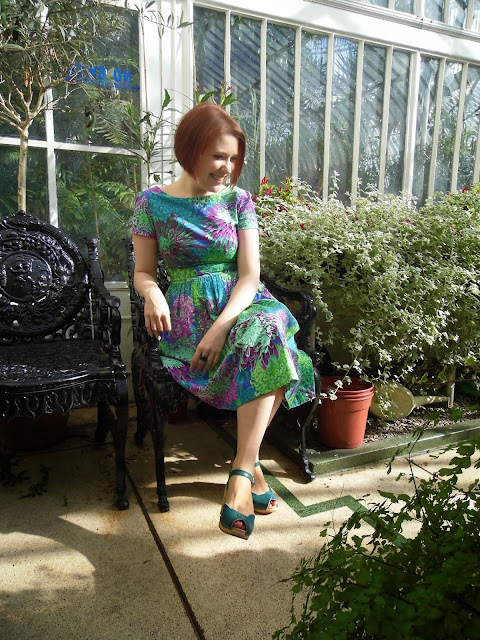 Here I am, looking thoughtful on a chair. As you do. 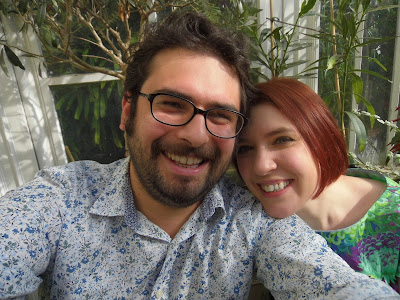 My T-rex arms are too short to do selfies. I need to get one of those selfie stick things, or carry Nic with me at all times when I want to take a selfie. 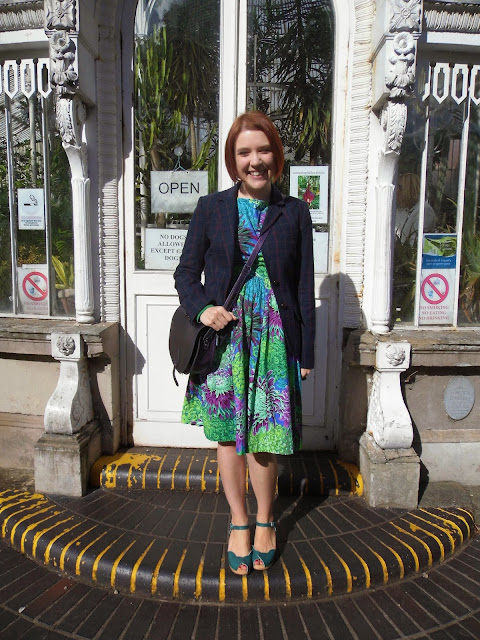 Aye, it was sunny in Belfast last Saturday but it was still Belfast: BLOODY WINDY. So I wore this jacket, which was my birthday present from Nic. And eyes closed, because I didn't think I'd need to bring sunglasses back home with me. In fairness, I didn't. This was a few hours of sunshine in an otherwise rainy weekend. 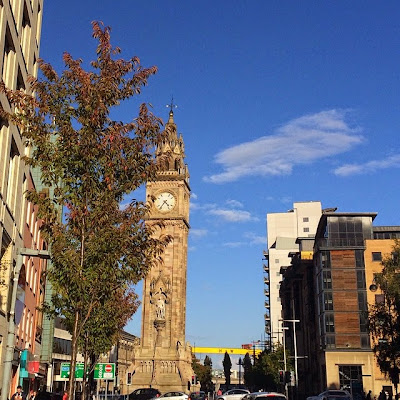 I'm not in this one! I took this photo of the Albert Clock and one of either Samson or Goliath (I don't know which) and then I went to drink gin in the Spaniard. According to Odd Man Out, you can see the Albert Clock from ANYWHERE IN BELFAST. That's totally how it works.

Anyway - that's the craic from me for tonight. I'm taking my sniffly ass to bed. Stay cosy, boys and girls!