Have you seen 'Pretty Woman'? It's about a prostitute called Richard Gere.

Ha ha, no. Not really. Nic was away over the weekend and I mainly spent it knitting and watching documentaries. Oh, and being sick, because I had food poisoning, and sleeping. Food poisoning sucks at the best of times but it's especially horrid when it's cold and rainy and you're on your own. I was very lucky, though, because my friends Rick and Lauren invited me round to their house and, once I was well enough to go over there, I spent Friday night sleeping on their sofa while they periodically brought me cups of tea. I have good friends. On Sunday, I went to Coventry with some other friends to visit The Story of Children's Television. I was feeling well enough by then to eat some noodles, and to be a Dalek: 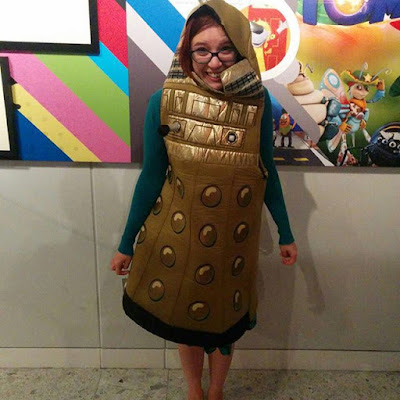 I did a little bit of unselfish sewing on Saturday, making a skirt for my friend Lucy. I don't usually do sewing for others, but Lucy is awesome and she always gets super excited when I make something for her, so it's totally worth it. She had asked for a skirt made out of the wax cotton I had made my Filthy Names dress, so that's what I made: 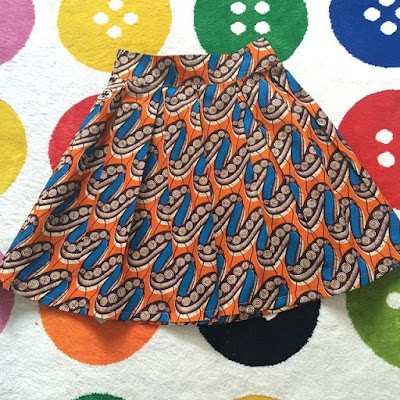 It was very simple to make. Lucy had given me the measurements of her favourite skirt - I asked her to measure the waistband and also the length of the skirt - and she told me that it had six box pleats across the front and six across the back. I drafted a simple curved waistband and then just box-pleated the width of the fabric for the front of the skirt and again for the back, but with a centre back seam. I used a 9 inch invisible zip and top-stitched the hem. It took a few hours to make and was very satisfying, and she loved it! I gave her all the leftover fabric so that she could make a skirt for her daughter if she wanted one.

I was too tired to do any sewing for myself over the weekend. I'm hoping to catch up this week - I'm hoping to find time to sew a new dress to take to Paris - but, as ever, I have a few projects backed up to blog about.

So, long-time readers might remember that a few years ago, I made a dress from some Cath Kidston home dec fabric - the Madarch dress. I loved that dress, but it doesn't fit any more and the fabric faded really badly, unfortunately. I'd been keeping an eye out on ebay for the Cath Kidston dress that inspired it, but any time one came up in my size it sold for far more than I'd be willing to pay for a secondhand dress. Also, the fit of those dresses is a little bit odd on me - the bodice is really boxy. Luckily, I found an ebay seller who was selling the lovely barkcloth that the original RTW dress is made from (rather than the cotton canvas that I made my dress from) so I bought a couple of metres. And, boom! I made a dress out of it... 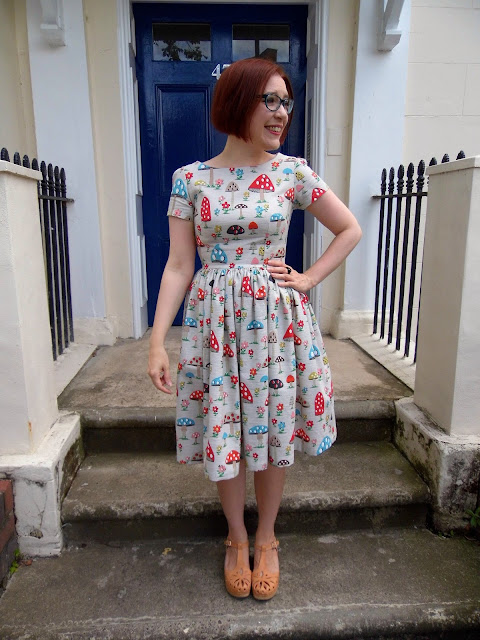 There are a couple of differences between this fabric and the canvas I made my original dress from. One is the fabric itself, which is a really soft and drapey barkcloth. It's really lovely quality and was great to work with, and it has held up really well to washing. The mushroom print differs slightly between the two, though - the mushrooms are slightly bigger and more widely spaced on the canvas than they are on the barkcloth. That's about it, though.

For reference, this is the Cath Kidston RTW dress: 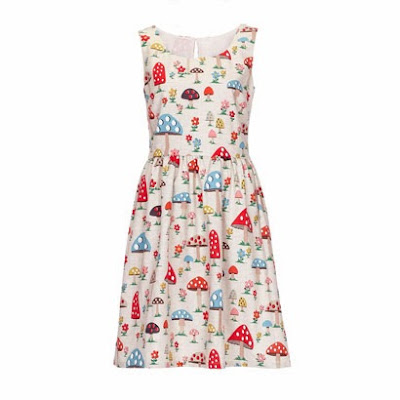 Obviously the Emery dress was the first choice to recreate this. Also, I made this dress the day after I made the 3 O'Clock in The Morning dress, when I just really felt like sewing something comforting and familiar, and that is Emery. As you can see, I added sleeves, because I could. 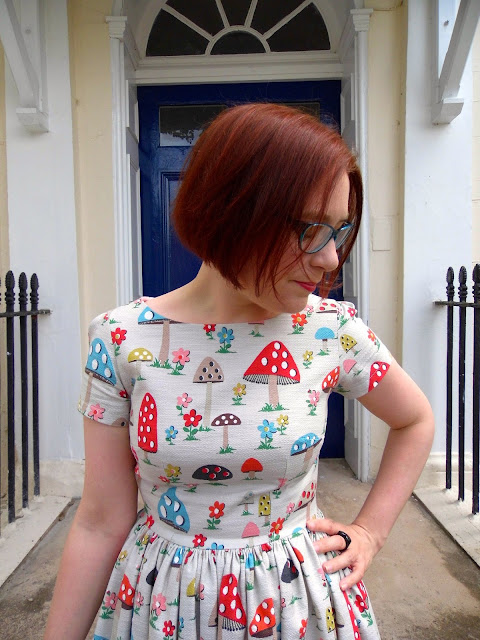 I think I might need to drop those waist darts a bit, though. They're coming up a bit high. But still, I love you Emery. I love this fabric too, as it is ridiculously twee. I wish I had bought more of the mushroom print range when it came out, but this is the way Cath Kidston sucks you in. Like, I love a lot of the prints but then I always sort of hate myself for buying into it. BUT I STILL DO. It's cool having found that eBay seller though - it's Pretty Chic Fabrics, in case you want to know - because now I am going to stalk them for a couple of Cath Kidston dress fabrics, if they eventually come into the shop. Like this cowboy fabric and this penguin fabric. I feel a little bit less self-hatred if I have made the dress myself. 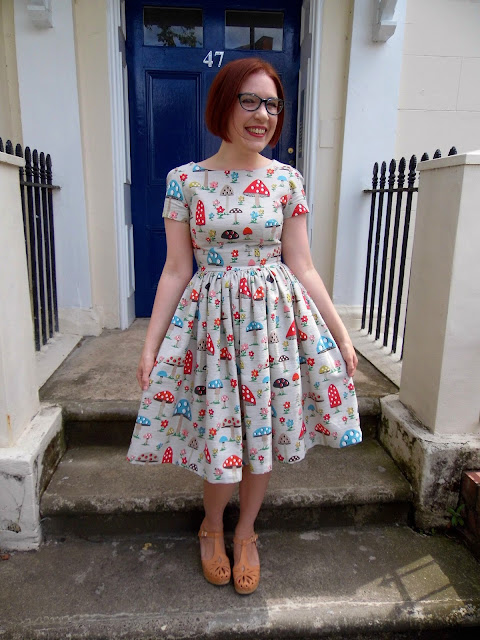 I actually took these photos a few weeks ago, on a sunny Sunday afternoon. Nic and I went for a walk and then met some friends for happy hour in one of our favourite pubs. I think I might have been feeling self-conscious about the overwhelming tweeness so I tried to be a badass by drinking prosecco and behaving badly... 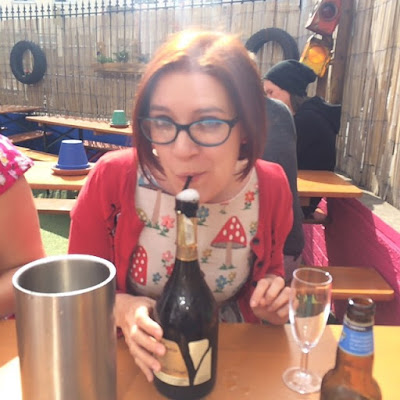 This leads to this... 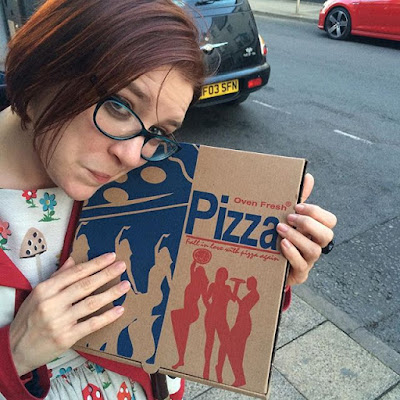 Don't worry, guys. I never really fell *out* of love with pizza. I wore this dress to work yesterday and then out to dinner with Nic, but I behaved much better on both of those occasions.

Anyway, that's the craic with me. I have stuff to do so I'm going to dander on here. Catch you later!
Posted by Roisin Muldoon