Tipsy? You were like all of the Mad Men.

HOLA LOVERS! How is everyone? I am grand. Still bloody coughing, but grand. Since I last wrote, spring put in a brief appearance, which made me very happy. It's gone a little bit chilly again but on Saturday it was actually warm and sunny and I was able to parade around town in sunglasses, sandals and no tights. Clothes too, needless to say! 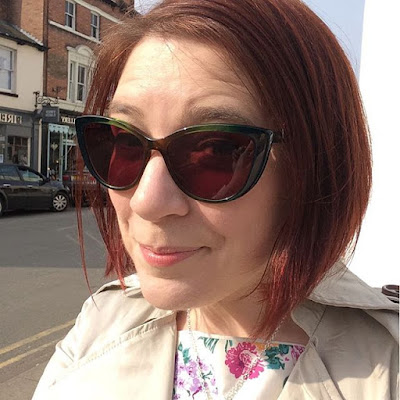 Look at this happy idiot

I've been having a really busy week or so at work. I had two all-day meetings in Slough last week and a lot of deadlines to meet. Then, you know how it is, deadlines seem to breed deadlines. Last week was sort of a weird week, work-wise. Something I work on made the news, but not in a positive way. It was frustrating because the reporting on it was just plain wrong - and by that I mean majorly factually inaccurate - but, that's the way it is sometimes in my field of work. It's fine now but it was kind of a tough week - I was still ill, having to work very long hours and experiencing the weird sensation of having my work discussed and criticised publicly, sometimes by people that I know (but who don't know what I do) and not really being able to do much about it.

However, It was Nic's birthday at the end of last week too and we had some fun obligations as well with a big birthday meal in one of our favourite pubs and some friends to stay. Life is a bit of a blur at the moment, but the sunshine certainly makes that easier to bear. Work is set to become a little less hectic too as the person we recruited to fill my role while I do my new job is starting on Monday, so that will take the pressure off me a little bit!

I haven't had much time to sew since I wrote last but, as usual, I have a bit of a backlog to get through. And hey, it involves an Emery dress because LOL. No, seriously. You guys don't seem to mind that much, though. Evie said to me in the comments on my last post that if you make what you wear, you wear what you make. TRUTH, Evie.

So, this dress was inspired by a lovely lady that I follow on instagram, whose name is Vicki. Like me, she loves to sew with wax cotton and recently she made a Sew Over It Betty dress in some glorious wax cotton. The Betty dress has a lovely circle skirt and I don't know why I haven't used wax cotton more often for circle skirts, because it's kind of perfect - the body means the skirt sticks out delightfully even without a petticoat, basically.

Rather than do a straight-up copy of Vicki's dress, I decided to pair the Emery bodice with my self-drafted (lol) circle skirt. So, yeah, here it is... 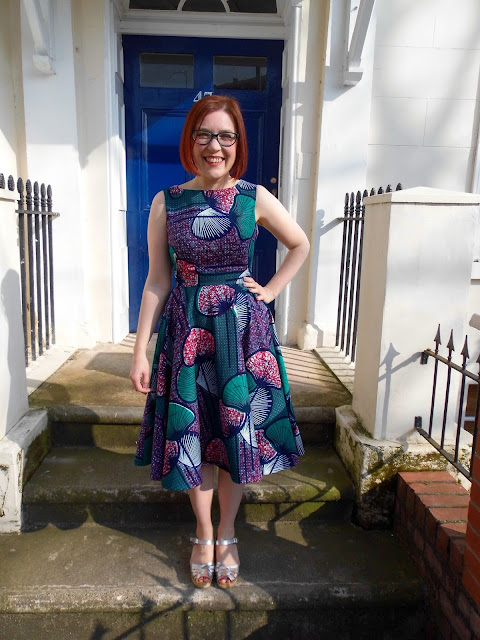 Isn't the fabric FANTASTIC? I bought a five-metre length of it from an ebay seller. I'm not sure if the print is fans or dandelions or seashells or what, but I love the shapes and the colours. I bought it earlier this year but it took a while for me to decide what I wanted to do with it as the scale of the print is so large. So, as soon as I saw Vicki's dress I went straight to this print as both the circle skirt and the lovely Emery bodice really show the print off to perfection. 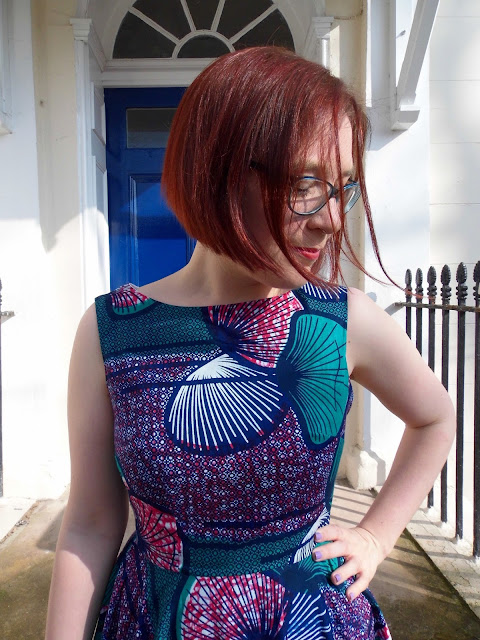 I cut the bodice on the straight grain and then the skirt separately with the selvedges running parallel to one another. I had loads of the fabric - 5 metre length, after all - so I have enough left to do something else with, although I'm not sure what yet. It was great to have so much fabric to play with: I didn't need to worry about pattern-matching (although that's not something that generally concerns me too greatly unless there are stripes or something) but I was able to choose the pattern placement on the bodice and I love the way the motif runs across the top of it. 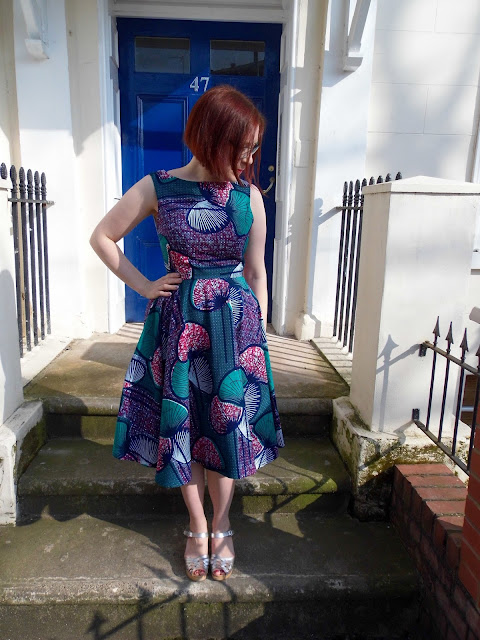 I was really happy with the length of the skirt when I tried the dress on before hemming it, so I used some pink bias binding to hem the skirt. It's shop-bought and a little bit stiff in the way that shop-bought bias-binding usually is, but it actually works well with the weight and hand of the wax cotton. I know from experience that both will soften up a little bit through washing, too.

I like this pattern combination so much that I might use it to make a dress from another length of wax cotton that is sitting in my stash - this fabulous stuff that I bought when we were in Paris last August: 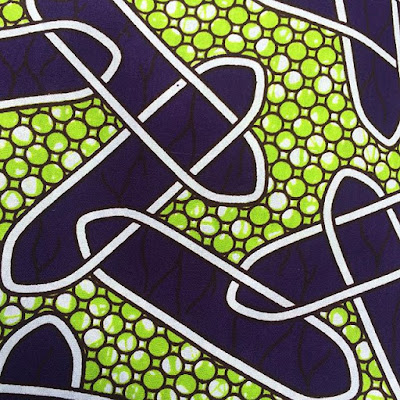 It's loud and sort of awful, so obviously I love it but again, I have been holding off on using it because of the scale of the print. This may have solved that particular problem! Well, defining the word problem in the loosest of terms, that is!

So, that's the latest with me. Now, as ever, I'm going to sign out here and go and watch a cop show. We've run out of Rebus, sadly (Ken Stott I love your face kthxbai) but luckily the second season of Bosch is on Amazon Prime. This is a sort of ridiculous show, but the casting is fantastic. Titus Welliver is the eponymous Hieronymus Bosch (NOT EVEN JOKING, but also do you like what I did there) and he's brilliant. His partner is Jamie Hector, whose character loves shoes, and his boss is none other than Lance Reddick. Happiness.

No, mate, it's not. It's awesome, is what it is. You're just too good at playing angry police dudes who are also smooth as fuck and can play the piano. Don't blame the man because you're so good at your job.

Jamie Hector in a three-piece suit. DOLLY LIKES. Look the part be the part, motherfucker.

Okay. I really do have to go now. It's all jumping off in Bosch. Ten four. Over and out.