I was sobbing at a pizza buffet, and they asked me to leave.

Hello hello! I hope that everyone has been having a good week. I've been having a busy week at work  so it's got to Wednesday but it feels at once like it can't be Wednesday already and also that the week has been nine days long at least. My dad was staying with us from Thursday-Sunday as he had some stuff that he needed to do in the area. It was brilliant to have him here, but entertaining all weekend would be tiring anyway - it's even more so with my dad because he has so much energy! We had a really lovely time. On Friday night we went out to dinner at Dough and Brew in Warwick so that I could introduce Daddy to the concept of craft beer and pizza. On Saturday, we needed to go to Derby as Daddy was looking at a van he's thinking of buying, and we had a lovely few hours exploring Derby and Leicester. This was especially awesome as Nic and I found a G-Plan coffee table for sale in Derby, which is something we've been after for ages. 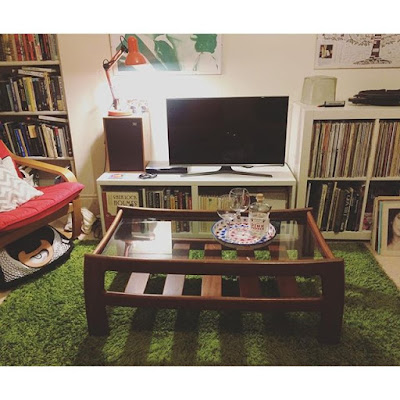 Here it is in situ! Daddy also enabled me into buying a ridiculously expensive Orla Kiely bread bin in John Lewis...like, is that not the most obnoxiously middle-class sentence you've ever read?! It is beautiful, though. I've been dithering about whether or not to buy it for a year and a half and have looked for another one that I like as much and none came close. That's where we are in life now, folks. DESIGNER BOXES TO PUT BREAD IN. I mean.

It wasn't all shopping. We went to a museum and everything: 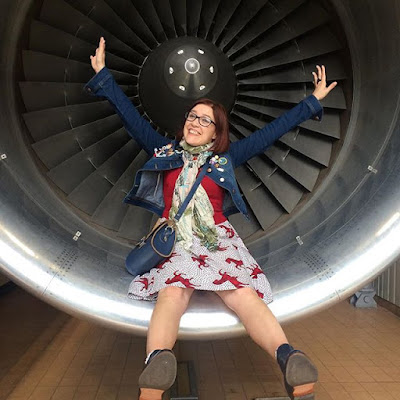 This is a jet engine.

On Sunday, we went to the tip and then took Daddy on one of our favourite walks in Leamington - over the fields to the Saxon Mill. We detoured through Old Milverton on the way back and spent about an hour taking photos of a mushroom growing in the churchyard: 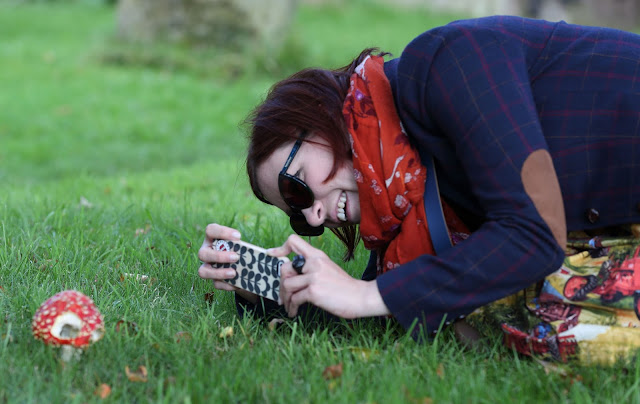 Honestly, I can't describe how happy it made my dad to take photos of this mushroom.

It was a pretty idyllic weekend, which was perfectly timed as an antidote to other stressful, shitty family stuff that's been going on in the background. My dad might be back in a few weeks' time (he's probably going to buy that van, so we might have another trip to Derby in the near future) so that should be fun!

I worked from home on Monday and, as the sun was shining, I was able to get some photos of a dress that I made last week in anticipation of this mega nuclear brexit winter the the Daily Fail is threatening us with: 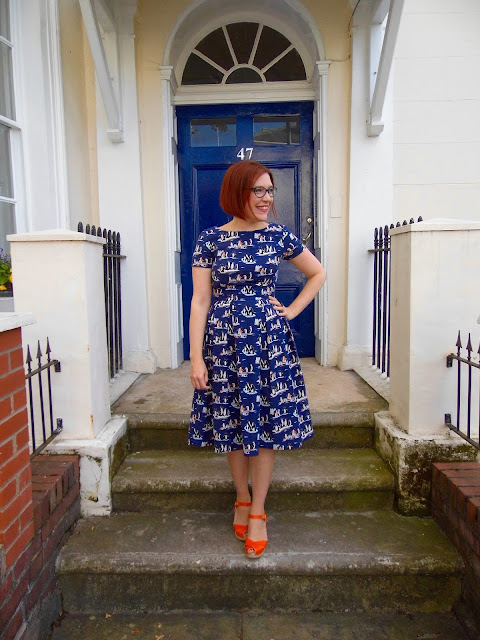 AHH THIS FABRIC. Last autumn, Cath Kidston brought out a dress made from this fabric: 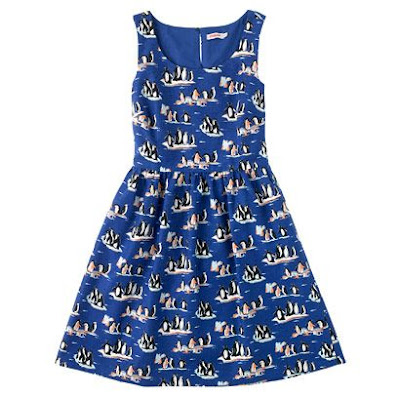 It sold out really quickly, but also this cut doesn't really work on me - it's too long in the bodice and a bit boxy on me. Also, it has a side zip, which is something that I hate in RTW dresses. You can't buy the fabrics that Cath Kidston uses for dresses directly from them, which sort of sucks (although their fabrics are so expensive, it would probably just annoy me how expensive they'd be if they did sell them.) Anyway, there is an ebay shop that does sell them (the seller's name is prettychicfabrics) so I've been able to buy some of the best prints from there - the mushroom print, the Oxford rose print, the Autumn Bloom print and the Ashdown Forest print (although I haven't blogged that dress yet).

As with the original dress, this fabric sold out quickly on ebay - I bought some for myself and some for a friend, and then I alerted two other friends to it and they bought the rest. SORRY LADS. I knew that I wanted to hold onto it until the autumn, so when it started to get a little bit colder I sewed that shit right up: 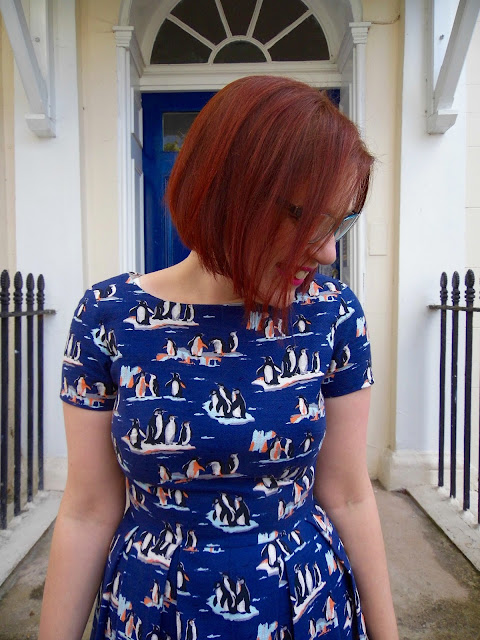 Obviously it had to be Emery: it worked beautifully for the Bearaigh dress and I knew it would work well here. This dress is actually the second Cath Kidston barkcloth dress I've made in the last few weeks - I decided to test out my Emery bodice/box-pleated combination out on the Ashdown Forest fabric first, as I was less attached to it and knew I could deal with it if it didn't turn out the way I wanted to. I need to get some proper photos of it, but here is a photo from instagram: 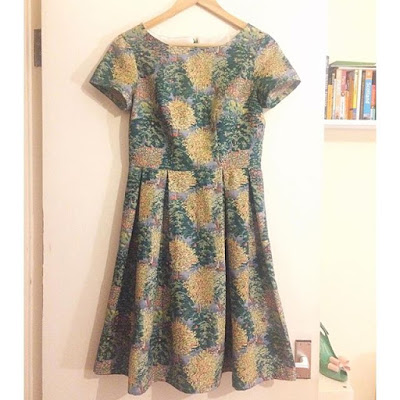 I was really pleased with it, so I didn't hesitate in cutting into the penguin fabric. The only change that I made was to cut the skirt on the penguin version a little bit longer. 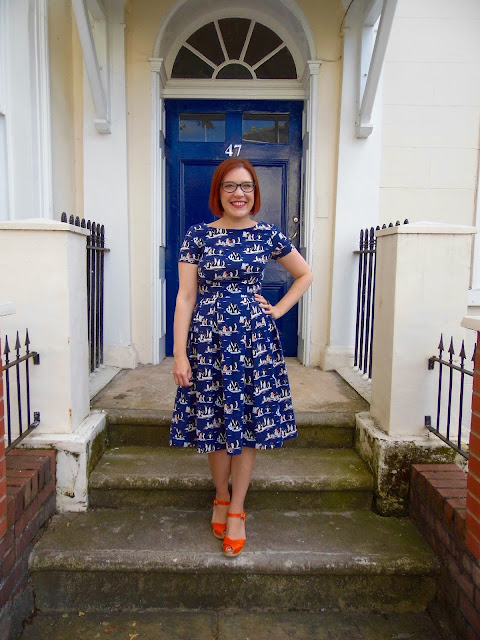 I was so tired when I finished this dress that I put it on and felt really underwhelmed, but I actually love it. I love the little penguins! 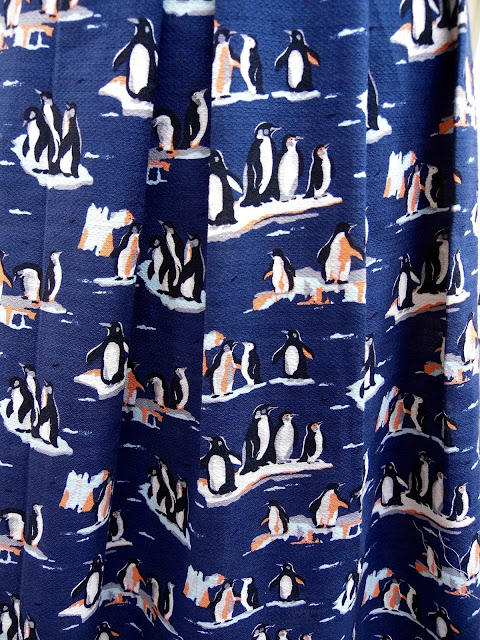 So yeah, basically...carry on as you were, Cath. Bring out these awesome fabrics, then let me get my grubby paws on them on ebay so that I can make dresses with sleeves that fit me and that I like. This is working for me. This kind of slubby barkcloth works well for me in the winter because it's cosy and warm without being bulky. I have another couple of pieces stashed away, including this 'Paradise Flower' Cath Kidston print: 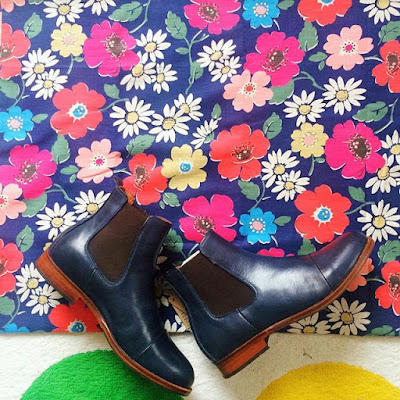 As you can see, I'm pretty into navy at the moment...I bought these Ten Points boots last week and they are lush.

Having made so many sleeveless Emery dresses over the last few months, I had kind of forgotten how much I like the pattern's sleeves. And, having made dresses from patterns with inferior sleeve drafting, it was so nice to remember how well the Emery sleeves are drafted. MAN. They are such a delight to sew and wear.

So, in summary: YAY PENGUINS. I'm coming up to a period in the year where the average amount of aggro in my life increases (work reasons) so I enjoy how genuinely arsey penguins can be:

The pushing is great, but I love this lad speeding in from the right, clearly all about getting into this fight as well.

Let's be real, though. I'm not going to be the badass penguin.

So, Nic has just brought me a gin and tonic, which means it's time for me to head off in another direction. Just imagine me, narrated by Werner Herzog.

The rules are: do not disturb or hold up the deranged penguin. NIGHT THEN.
Posted by Roisin Muldoon