She'll be a summer girl. She'll have hair. She'll have summer friends who know how to be outside. She'll play tennis and wear dresses and have bare feet, and in the autumn I'll ditch her because she's my summer girl!

HOWDY PARTNERS. How is everyone? Mainly a little bit like this, perhaps?

I mean, don't get me wrong. I'm not really complaining about good weather. I wish that I didn't have hay fever and that humidity didn't make me swell up, but I'm happy about the warm weather, even if it makes it difficult to leave the house. There are numerous ways to cope.

The last time I wrote, we were about to go on holiday to Paris. We went, and it was awesome. We had ten days and were staying in the 17th arrondissement, in a beautiful Haussmann apartment next to Parc Monceau. I did a little bit of fabric shopping and we did some cultural and touristy stuff (we went to the Pompidou Centre and to the Musee de Montmartre) but mainly we spent the time pottering around, drinking champagne and people-watching. It was bliss. 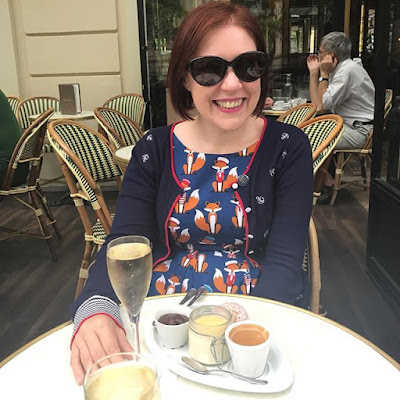 Here's me with a glass of Ruinart and a Cafe Gourmand on the Ile de la Cite, living my best life.

We had ten days of relaxation and beautiful weather and then we came home to horrendous rain, a General Election and the fucking DUP.  Despite having lost my faith in the Labour Party as a result of their generally quite crap performance as opposition, I was impressed and encouraged by their campaigning and it was an easy decision to vote Labour again. My constituency had been Tory since 2010, and our MP was a total no-mark waste of space, so I was genuinely delighted that the seat went red. 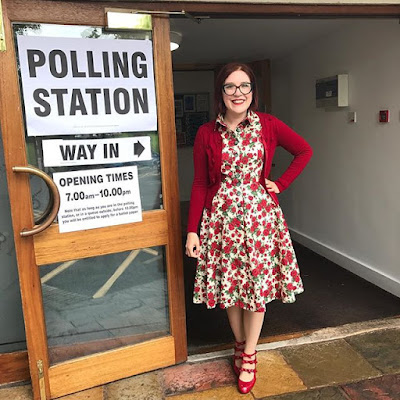 My dress let everyone know how I intended to vote.

Everything following the General Election has been pretty strange for a Northern Irish person living in England. In fact, I'd go so far as to say it's been enraging hearing English people engage with Northern Irish politics at this stage in the game. It's certainly been annoying to see people horrified at the idea of a coalition with the DUP on the basis of their policies (homophobic, sexist, dinosaur-denying) because this shit is nothing new. It's just that it's only of interest to people here when it affects them.

I'm not a nationalist, but that's the background I come from. I grew up Catholic in a border village in Northern Ireland. I have little interest in a United Ireland, but I consider myself to be both Irish and Northern Irish rather than British. I live in England and I have no real intention of moving (although ten days in Paris made the daydream of a Parisian life even more appealing) but increasingly I feel like a stranger here, and never more keenly than when English people discuss Northern Ireland as if the Troubles were all of our own making and not, you know, as a direct result of England's colonialist past. It's been hard not to feel enraged all the time, I have to be honest, and difficult to know what to do with those feelings. I know that a lot of people don't want to hear it if you try to talk politics and I'm sure that some of you won't be comfortable with me talking about it here, but I'm not about to ignore it either. As the situation currently stands, the DUP - who have repeatedly blocked equal marriage in Northern Ireland, who oppose the Good Friday Agreement, whose leader is implicated in a scandal costing the Northern Irish taxpayer £400 million, whose intransigence caused the collapse of the power-sharing agreement and means that Northern Ireland still has no government - potentially have a stranglehold on a weakened minority government. There's a reason that 'May you live in interesting times' is a curse, and we're certainly living through those.

But anyway, you come for the dresses, I'm sure, so here is a dress. In fact, it's the dress I wore to go and vote, and I made it... I think at the end of March. I took these photos in April, I think, and for some reason I really hated them. Looking at them now though, they're not so bad: 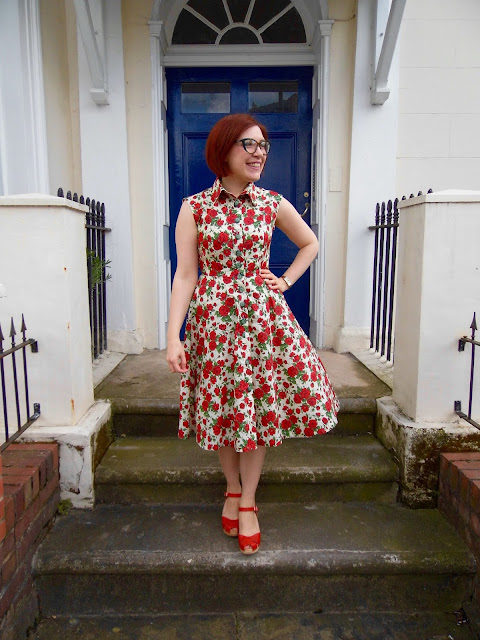 Second Time Around dress - Butterick B6333 with a half-circle skirt, in Liberty Carline lawn, worn with Swedish Hasbeens 'Suzanne' sandals

ANOTHER B6333. Whatever, not sorry. I don't think I have any more of these to blog about so next time you might get some fucking variety up in here (well, what passes for variety around here). Me oh my, I do love Carline, and my first shirt-dress was a M6696 in the red Carline poplin. I made it a few years ago now and the fit wasn't brilliant, so I don't wear it much. I still have it, because I'm oddly sentimental like that, but I don't wear it. I chanced upon some of the lawn on ebay at some point last year and bought it. I didn't have a shirt-dress in mind for it, but I was so happy with the How Can You Leave Me On My Own dress that I decided another one was in order. 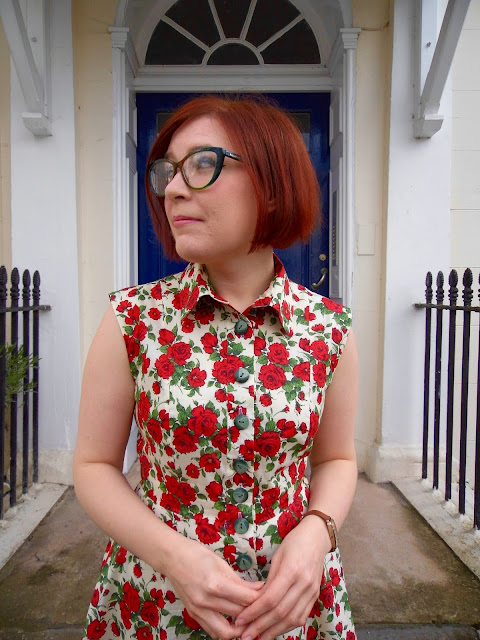 I considered underlining this dress as Liberty tana lawn is so light and drapey, and I wondered if a bit of structure would be a good thing in a shirt-dress, but I decided against it in the end. This print is large enough and dark enough that it isn't see-through, and I didn't want to lose the essential coolness and breathability of the fabric. I think in these pictures I am wearing the dress with a slip as it was a little chilly, but I wore this dress in Paris without a slip (because it was so hot) and didn't have any issues with it.

I made some self bias-binding to finish the armholes and face the hem. FUCK. ME. I think it might have been the most tedious thing I have ever done, and I regularly spend whole days checking numbers on giant spreadsheets. I mean, it was worth it (and I have loads left over) but the tedium of it made me angry. There are lots of tedious sewing jobs that I enjoy - I am one of those people who genuinely enjoys hand sewing and I even like sewing on buttons (I don't like tracing, though, I'm not a pervert) but this was a bit too much even for me. 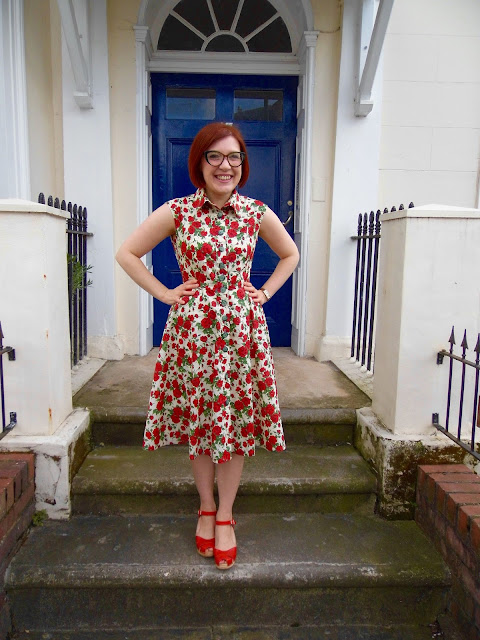 I love the dress and have worn it loads since I made it. In fact, I wore it to work yesterday! It came to Paris with me, and it was perfect for the very hot weather we enjoyed there. 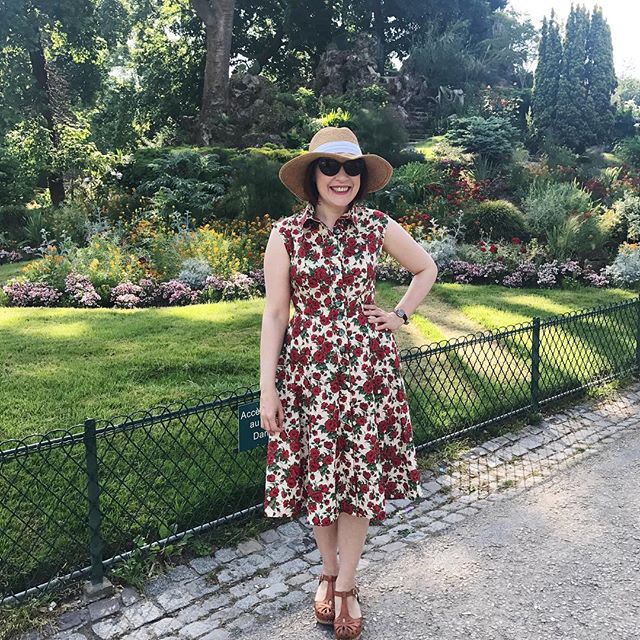 Here I am, wearing it in Parc Monceau... 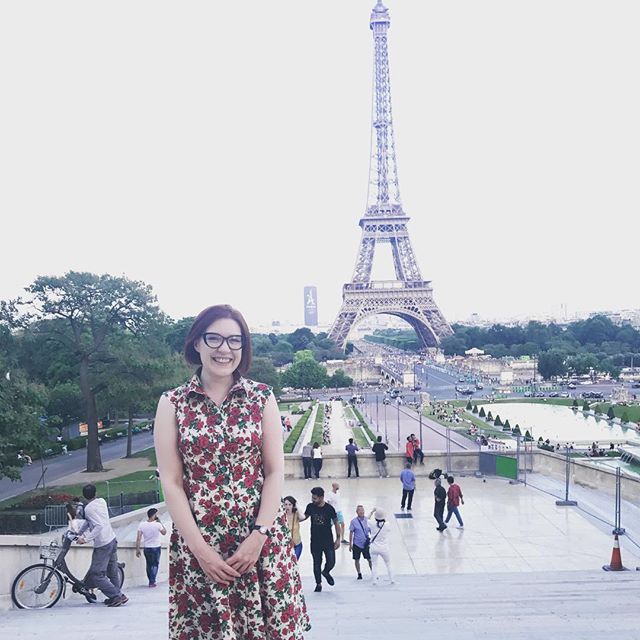 ...and later the same day at Trocadero, with a minor monument in the background

I think this iteration of a Carline shirt-dress has a slightly more casual feel than the others I've made, but it is so comfortable and cute to wear. It's been a winner.

I don't always explain where the names of my dresses come from. This one is obvious, and it's also named after one of my top five episodes of Inspector Morse. For the sake of completeness, here is my list: 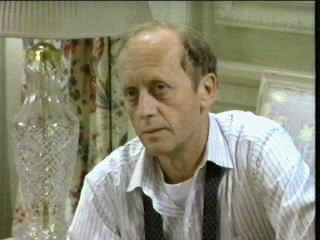 Second Time Around - the sadness of Kenneth Colley 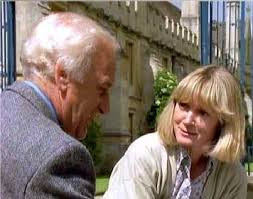 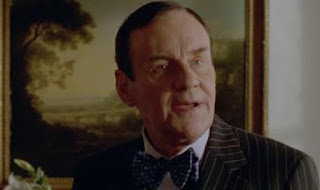 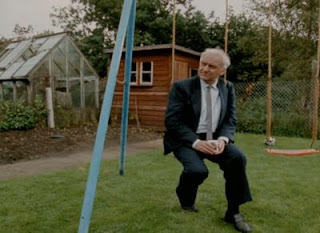 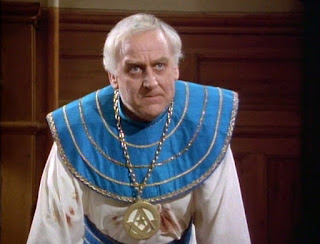