Idea for a programme entitled 'Yachting Mishaps'. Some funny, some tragic.

Hello hello! What's happening, folks? I'm grand - I'm honestly trying to blog more and stay in touch, especially as I have a backlog of lovely dresses to show you, but the part of my personality that is totally lame has been pushing itself to the forefront, making it hard to sit down to blog.

I've spoken about it a fair bit but it's true to say that my mental health has been suffering recently. A friend said recently that Brexit has made him so angry in so many different ways that he has to work hard to preserve his mental health, and this really rang true for me. For me it's not just Brexit, of course - it's the absolute state of the situation at home in Northern Ireland, everything that has happened here in England in the last few months (including the way in which English people are interacting with Northern Irish politics) and...well, as I've said a few times, just the general state of the world. I have a very lovely life and, thanks to therapy a few years ago, I have some good coping strategies - but I'm having to use a lot of energy just to stay sane at the moment and it is tiring. I'm working hard to retain my sense of self, but it has meant that blogging is hard because I often don't feel like trying to write about anything that isn't the things that make me feel rage and sorrow, you know?

I feel displaced. I feel very keenly that I don't belong in England but that I don't know where I do belong. 'You can never go home again' is more than just a trueism - I don't feel that I belong in a Northern Ireland where, as a woman, I don't have my full human rights because of its Victorian abortion laws (or, indeed, an Ireland which has an even worse attitude towards its countrywomen than Northern Ireland has. Read about the pregnant 14-year-old who was imprisoned for wanting an abortion to see what I mean, or the babies buried in a septic tank in Tuam if that doesn't convince you). It weighs more heavily on me than I would have believed a few years ago. I'm childfree by choice, and I live in England - a country where I could have an abortion if I needed one - so it isn't an issue that has an impact on me directly, but I don't believe that any woman should have to live in a country that will not only deny her autonomy over her body, but will criminalise her for trying to assert it. As Liz Lemon would put it, that's a deal-breaker, ladies.

I don't know why I'm telling you guys this. I don't feel like I need to explain gaps in blogging - I don't think anyone expects that. I think it's useful to be honest about mental health difficulties. I want to keep writing here: this space and the friends I've made through it are important to me, and I don't want to lose this outlet, but it's too hard to ignore the things that are on my mind. Thank you for sticking with me as I work through it.

So, yes. I bet you're thinking that I must be a fucking riot at parties at the moment, right? You'd probably have a point. I'm still capable of talking about all of the frivolous shit that I usually would, though, honestly. A couple of weeks ago, I was invited to a friend's birthday party. It was in a pub in Coventry and we had a lovely evening - bizarrely enough, she'd booked a magician. He didn't do a stage-show, though, it was more that he was wandering through the crowd, springing magic tricks on people... anyway, I had a fun dress to wear to the party, and this is it! 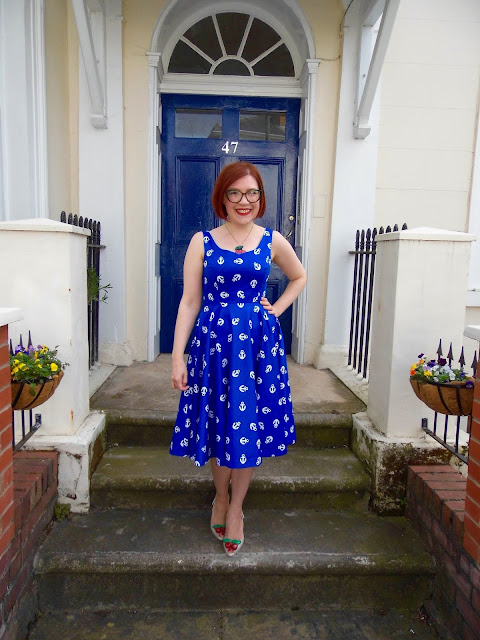 I made this dress in April, and the fabric came from ebay. I occasionally look for cute anchor-print fabrics there, and when I spotted this I knew I should buy it as it's the exact same fabric as a Vivien of Holloway dress I used to have. I loved that dress - it was an extravagance when I bought it and it was totally worth it - but it became too big and I became less keen on wearing boned, halter-neck bodices, so I gave it away. 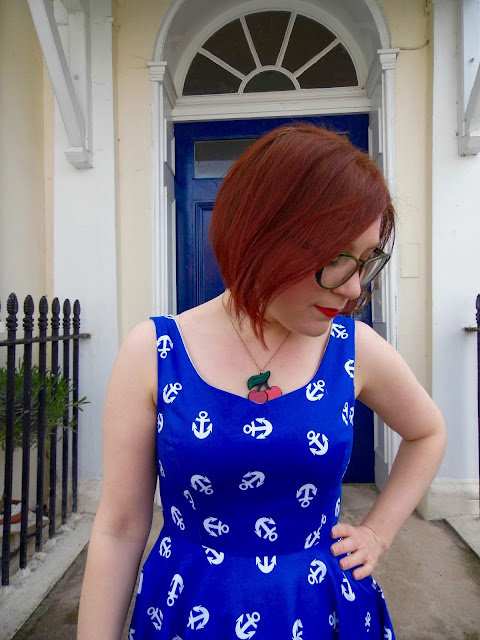 I didn't have a project in mind for the fabric when I bought it, but the idea of making a more wearable version of the Vivien of Holloway dress was appealing - basically, a dress with a circle skirt that I could wear a bra with! I've used the bodice from NL6020 quite a few times now, and it worked really nicely with my self-drafted circle skirt. 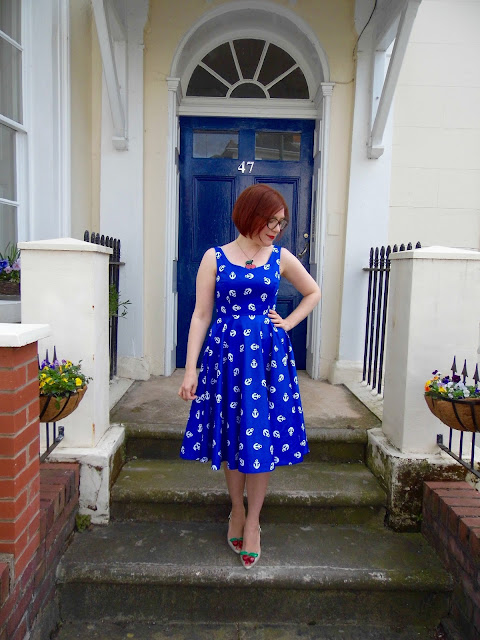 The fabric is very lovely to work with - it's a stretch sateen with quite a lot of body to it, so it's comfortable to wear and easy to sew with. I pre-washed it, of course, not only to account for shrinkage but also to rid it of the slightly plasticky smell these cotton sateens sometimes have. It's not actually an unpleasant smell but it reminds me so much of the cheap toys I used to spend my pocket money on as a child! I was pleased to find that the bright colour didn't fade - I had only ever hand-washed the Vivien of Holloway dress in cold water, so I had no idea how this would hold up to machine washing. It's all good, and all-in-all a much more practical frivolous party dress than its predecessor was!

I've worn it a couple of times since I made it but I think it probably will be more of an occasion dress than anything else. The Roisin of 2010 would have worn this dress to work (well, to be fair, the Roisin of 2017 might still wear it to work - I couldn't rule it out for definite) but my taste in day-to-day clothing is a little bit more understated nowadays. I mean, it's all relative - I think at one point my taste ran to 'Sun-Ra on his holidays' so, you know, my tipping point is probably different to yours. It was nice to have a fun partyish dress on hand for an occasion, even if it's no longer something I would wear just to eat ice-cream in the park.

So anyway. I'm going to say goodbye here. The postman brought a parcel today which I want to go and investigate... 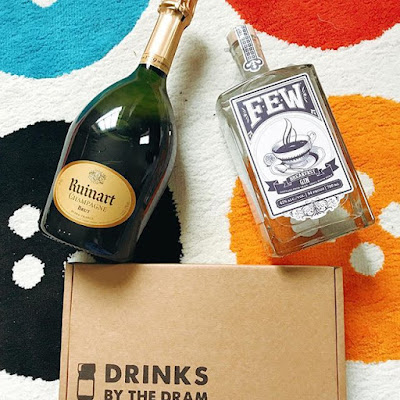