Hello! What's happening, lads? It's all good here with me: the sun is shining, work is done for the day and the dinner is cooking away (I am making minestrone soup) for later. I have a few days of work and then we're on holiday - it is good! So, that's nice. It is good to be feeling good again.

So, yeah. Last time I wrote we were just about to go and see the new film adaptation of It. I wasn't expecting to love it, because I love the book and the miniseries a lot. I wasn't expecting to be bored basically shitless by it, though, and I was. I know it had a lot to live up to, in fairness, but I think it's a real failure if every time the clown showed up I wasn't scared, I was sighing like "uuugh not this tedious fucker again." Also I had genuine issues with the way in which the adaptation really sidelined the minority characters - the black character, the female character and the jewish character - by taking key plot points away from them and giving them to the white male stars. That felt very deliberate, especially given the fact that Mike Hanlon, the film's one black character, had at most ten lines of dialogue in two and a half hours. The film's director has said that for the sequel, in which the characters are all adults, Mike will be a junkie... which he isn't in the book, so why make that decision? And why Mike? So yeah. It was boring racist bullshit. NO THANKS.

Here's Tim Curry instead - an actual scary clown. I'll be watching the miniseries again soon to take away the disappointment and anger of the shitty movie!

Yeah - here's Frank N Furter instead, because you all yell at me when I put pictures of clowns on here.

It was still nice to go to the cinema, even though the film was shit. We went to Birmingham so we could see the film in the Everyman - like there is a cinema literally around the corner from me, but it's a Vue and it's so terrible I'll get on a train to a different town to see a film. The Everyman is great, not least of all because it's in the same complex as Harvey Nichols and I like to get a glass of champagne in the bar there before seeing the film: 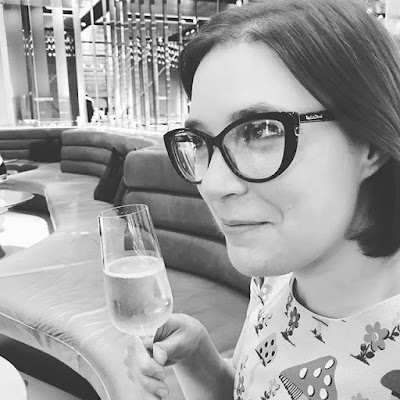 So that's the craic there. I had a really good weekend in which I did some drinking, some socialising and some sewing. I don't have photos yet of the dress I made (hopefully I'll get some when we're on holiday) so instead here is a dress I made a couple of months ago: 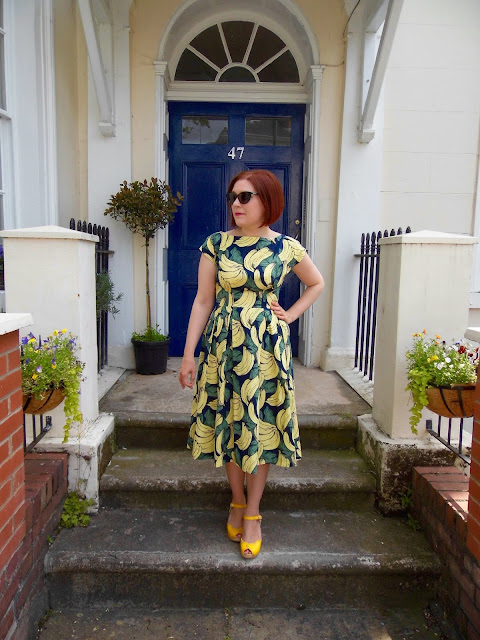 So, I think I made this dress in June? I bought the banana fabric from Meg at Pigeon Wishes, who has an etsy shop, and I was 100% inspired by a dress from Sixton London that I had been admiring all summer: 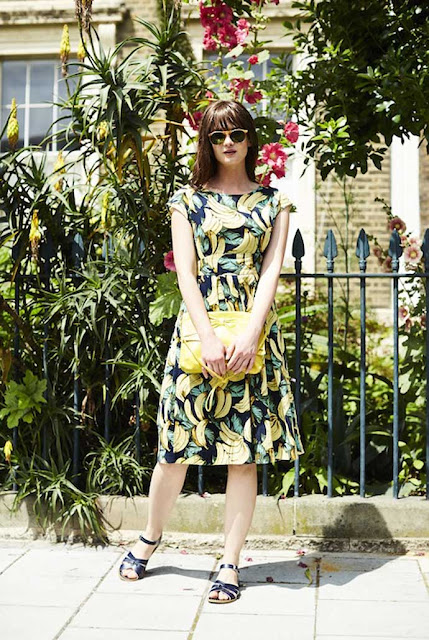 Now, I should say that I actually own a couple of Sixton dresses and I love them - they're really well-made with classic cuts and beautiful fabrics. However, when I had the option to make my own, of course that's what I wanted to do. You can see the similarities, right? The fabric is very similar, obviously. The inspiration dress has the same grown-on sleeves as the Anna bodice, but it has a wide waistband and pockets set into the front of the pleated skirt. I tend to avoid dresses with waistbands or midriff bands because they annoy me, so I thought the best option was to use the Anna bodice and add a pleated skirt: 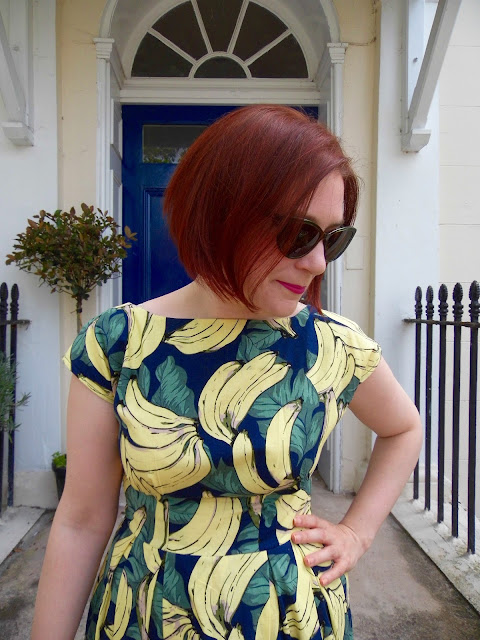 The finished dress is pretty cute and I've worn it loads. It's going to be packed away for the autumn soon, but I think before I do, I'm going to go back and take the skirt up to just below the knee, as with the inspiration dress. I think the high neck and midi-length skirt combination is a little bit too much on me and I'd wear it more if it were a little shorter. 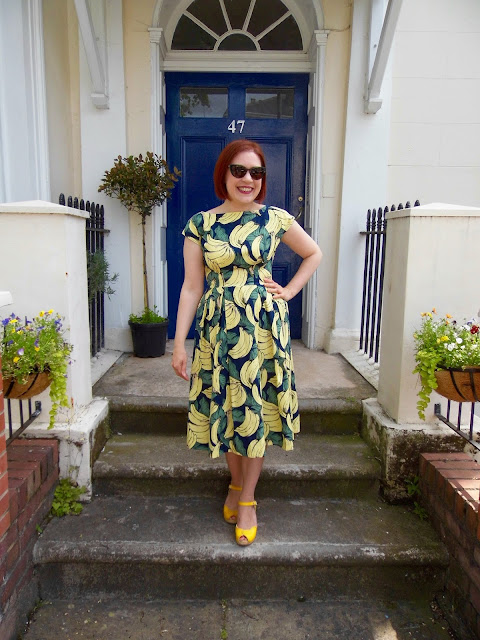 And yes, it *is* in fact named after Numberwang:

I liked the pattern combination so much that I made another, also in June, in some lovely Liberty lawn that I bought in Shaukat: 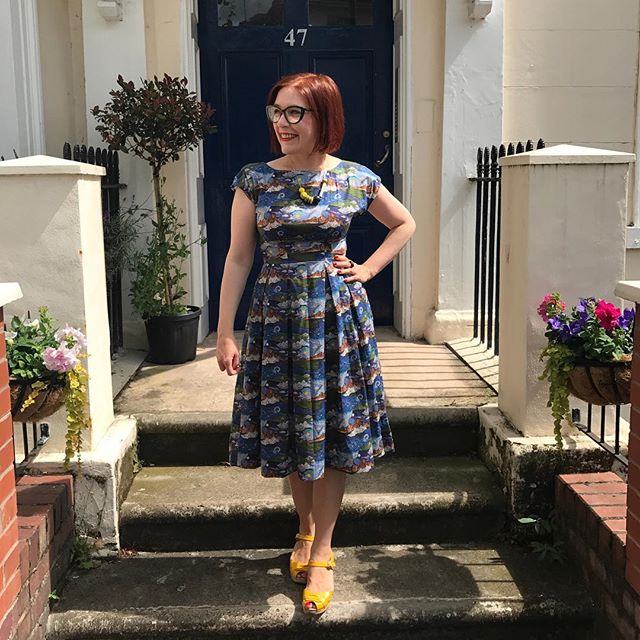 I think the skirt length works better on that one, so maybe that's the direction I'll take the bananas dress in too.

I took these photos earlier in the summer, but for various reasons I found blogging very hard during that time. As I've discussed, I had a difficult summer in terms of anxiety although I have been feeling an improvement more recently.

Nic and I went out for dinner and drinks on Friday night and the conversation turned to my mental health and the reasons why I've been doing a bit better over the last few weeks than I had been over the summer. A large factor in the improvement (reduction) in my anxiety levels has been talking more about my feelings - specifically, acknowledging difficult feelings when they come up rather than trying to squash them down and crush them in my mind vice, you know? I'm also working hard on not feeling ashamed of having feelings. I realised that I'm still working through the shame and anger and hurt from a difficult time in my life a number of years ago, and that I still sometimes feel that I don't deserve to be loved or cared for because this is how I was made to feel at the time. For a long time it stopped me from reaching out to the people I love for help, which was self-destructive. Anyway, I'm writing this because I find it helpful to articulate this stuff, and I know that some of you guys are going through similar things, so it might be helpful to you too.

Now, I am going to go and do some hemming. Catch you later!
Posted by Roisin Muldoon